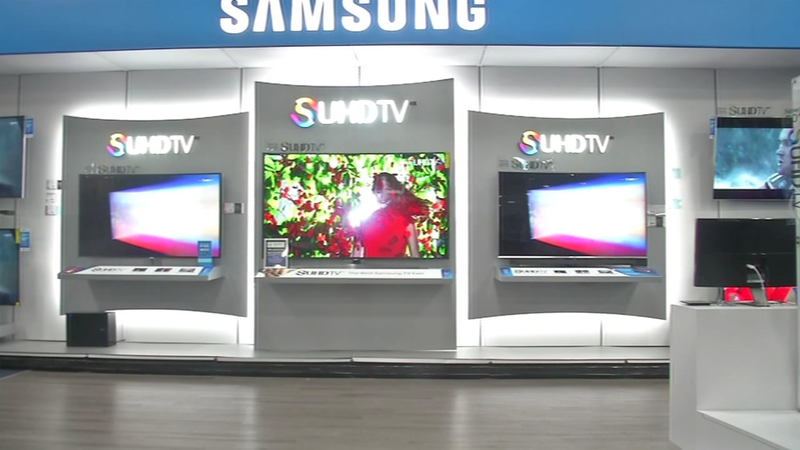 SAN FRANCISCO (KGO) -- With November already here, it won't be long before many people start checking off items on their gift list.

7 On Your Side's Michael Finney looks at what's hot in home electronics.

Experts both inside and outside the retail world tell us there hasn't been this much buzz over a television in about 15 years.

Televisions are getting bigger, brighter and sharper and right now there's no better than 4K television.

Alex Roth is the tech deals expert with the gaming and entertainment sit IGN.

"They're higher resolution. The picture looks so much sharper, and so much more life-like," Roth said.

Best Buy says most people coming in to buy a new TV at least ask about 4K television.

The retailer hasn't seen this much excitement over a TV since HD TV was first introduced.

"4K TVs are already getting big discounts, despite being relatively new," Roth said.

They've dropped about $1,000 since first being introduced 18 months ago.

Content is limited right now, but Sony is offering pre-packaged 4K content and you can also stream 4K from Netflix and Amazon.

Antony Varghese of Best Buy says some create their own content with the GoPro 4.

"The biggest advantage to that is a lot of people now have 4K TVs. You can make your own content, this is the way to do it. And you got a 4K TV back here playing some of that content," Varghese said.

The GoPro 4 retails for $400. Tivo and Slingbox remain popular ways to record TV you don't have time to watch live.

Those who stream their TV might enjoy something relatively new called PlayOn.

"This product allows you to basically recreate the traditional cable box and DVR experience with your streaming media," said Jim Holland of PlayOn.

Holland says it allows you to record streaming media and play it on your mobile phone, tablet and other devices. A more advanced version costs $60 and allows you to skip ads and put streaming content on your TV.

"That then allows you to control that media in a way you haven't been able to before," Holland said.

We'll have a look at more hot gift ideas in the weeks ahead.
Related topics:
shoppingamazonholidaytelevisionnetflixchristmas7 on your sidelgconsumer
Copyright © 2021 KGO-TV. All Rights Reserved.
7 ON YOUR SIDE