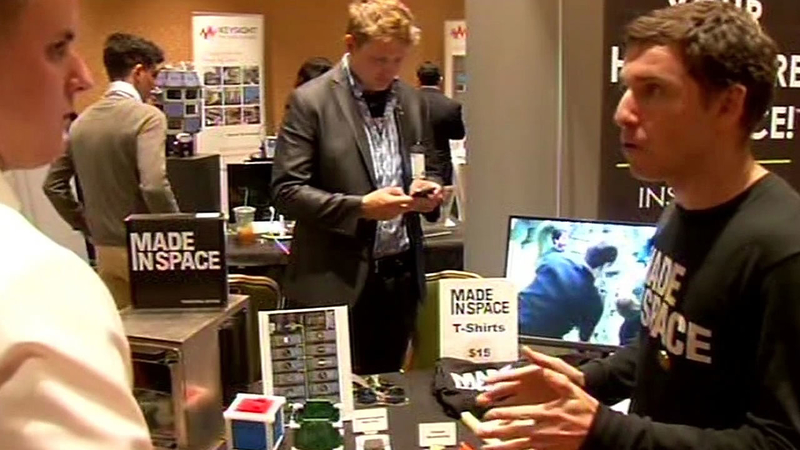 SAN JOSE, Calif. (KGO) -- In the meantime, there is a new space race of sorts being launched in Silicon Valley.

It is no secret that NASA, Boeing, and Lockheed Martin dominated the space industry for years. But with the cost of getting to space going down, more start-ups are hoping that their ideas will take flight.

Inside the DoubleTree Hotel in San Jose, there is a gathering of some of the brightest, most innovative minds in America.

"We're democratizing space, we're opening it up to everyone," William Pomerantz, the vice president of Virgin Galactic, said.

In addition to the company's well-known human space flight program, he came to the NewSpace conference to talk about Virgin's new launch vehicle, targeted toward companies, who want to use space to their advantage.

"When every country, but also every company, and every university, and every Kickstarter campaign has a chance to fly their things into space, people are going to try their crazy ideas, and some of them are going to prove to be genius ideas that we never saw coming," Pomerantz said.

Whether it is creating new tools for better forecasting, or tracking assets on the ground, conference goers say this event gives them a chance to get out from behind the desk, and talk with other people in the industry, who could eventually be their partners, or their customers, especially in Silicon Valley.

"We need more people who have been entrepreneurs and done business in other sectors. Now is the moment to dive into the space sector," Jeff Feige with the The Space Frontier Foundation said.

And while some may point to the recent Space-X explosion as a failure, others say while the risks tend to be high, the rewards could be even greater.

"This isn't about being absolutely perfect every single time, this is about finding ways to develop the systems to be routine enough, that we can get that sort of reliability by flying regularly and opening that up," Sean Mahoney from Masten Space System said.