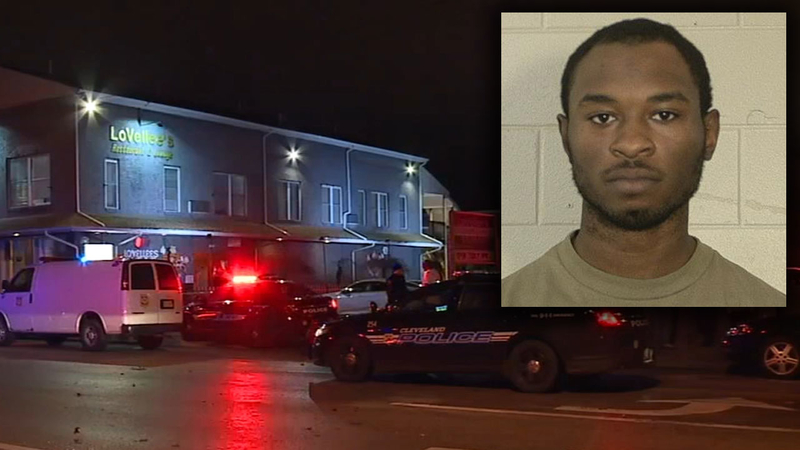 CLEVELAND, Ohio -- Police have arrested the brother of famed U.S. gymnast Simone Biles after he was indicted for his role in a triple murder on New Year's Eve, according to an ABC station in Ohio.

Tevin Biles-Thomas, 24, is being held in a county jail in the state of Georgia on murder, attempted murder and felonious assault charges in connection with the New Year's Eve party that resulted in three people being killed.

Authorities in Liberty County, Georgia said Biles-Thomas was arrested while he was on base as an Army specialist at Fort Stewart.

"The Cleveland, Ohio grand jury indicted him, asked that he be picked up. We coordinated that with Fort Stewart. Fort Stewart actually made the arrest, brought him in here last night or yesterday (Thursday)," said Sheriff Steve Sikes of Liberty County.

Sikes added that Cleveland-area authorities reached out to them to recover a DNA sample that led to the indictment.

Biles was placed in foster care at a young age and did not grow up with Biles-Thomas, according to multiple media reports. She and her younger sister were raised by their grandparents, Nellie and Ron Biles.

Tevin Biles-Thomas, the brother of Simone Biles, sits in a Georgia jail cell after his arrest in a triple homicide on New Year's Eve in Ohio.

Cleveland police said at the time of the shooting, a group of men showed up to a party uninvited, and were asked to leave.

Moments later, investigators said shots were fired into the crowd of people, and they identified Biles-Thomas as a shooter.

Cleveland police said two victims - DelVaunte Johnson, 19, and Toshaun Banks, 21 - died at the scene. Devaughn Gibson, 23, died at a hospital. Two other people were wounded in the shooting.

"The investigators within the Cleveland Police Homicide Unit remained committed to securing an arrest in this tragic case," said Cleveland Division of Police Chief Calvin Williams. "We appreciate our partnership with the Cuyahoga County Prosecutor's Office and are confident that their efforts will bring justice for the families affected by this terrible incident."

The incident happened at an Airbnb that was operating in violation of city code.

Biles-Thomas reportedly went to high school in the Cleveland area.

Biles-Thomas appeared in court Friday where he waived extradition. It's unclear when he was set to be transported to Ohio, but he is scheduled to be arraigned in Cuyahoga County on Sept. 13.

According to an indictment, Biles-Thomas faces six counts of murder, three counts of voluntary manslaughter, five counts of felonious assault, and a count of perjury.

A military official at Fort Stewart disclosed this statement following his arrest:

Fort Stewart officials are fully aware of the arrest and allegations regarding Spc. Tevin Biles-Thomas.

Biles-Thomas is a cannon crewmember assigned to 3rd Infantry Division and joined the Army in 2014.