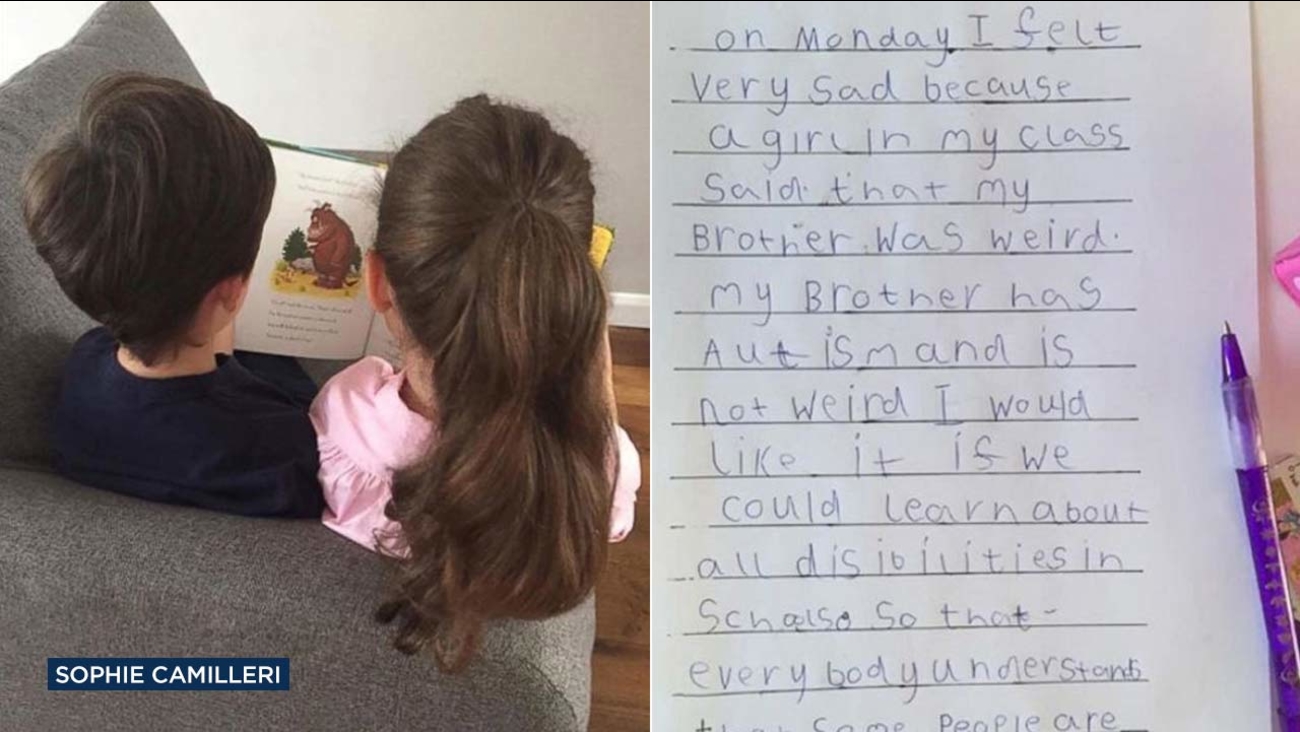 When a student in her class made fun of her older brother, who has autism, one 6-year-old couldn't stand idly by. Instead, she wrote a letter to the school, requesting that students learn about invisible disabilities.