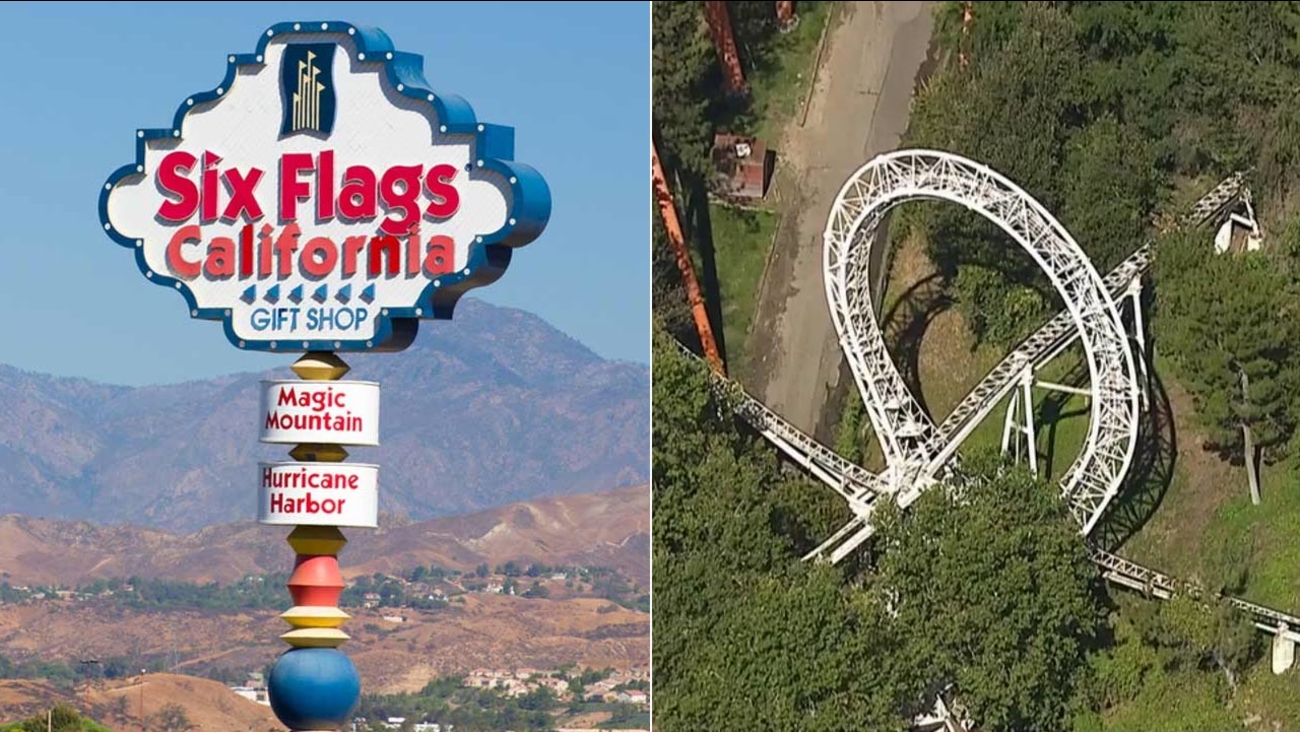 (Left) A sign at the entrance of Six Flags Magic Mountain is seen in this undated file photo. (Right) The Revolution roller coaster is shown in this June 2015 photo.

VALENCIA, Calif. -- A 10-year-old Ventura County girl died after passing out during a roller coaster ride at Six Flags Magic Mountain in Valencia.

Jasmine Martinez of Somis died on Saturday, according to the coroner's office.

The girl was found unconscious after riding the Revolution roller coaster at the amusement park on Friday.

Firefighters were called to the park shortly after 4 p.m. and said the girl was airlifted to the hospital.

It's unknown if her death was ride-related. An autopsy is pending to determine the cause of death.

Six Flags released a statement, extending condolences to the girls' family and friends.

We are deeply saddened to learn of the death of Jasmine Martinez. Our thoughts and prayers are with her family. http://t.co/JtEYWS7WVe