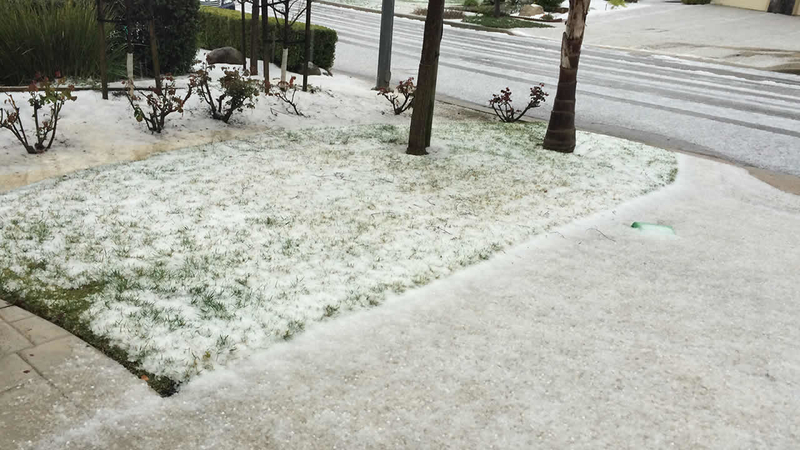 SAN JOSE, Calif. (KGO) -- Families in San Jose could not believe their eyes when they looked out their windows on Saturday and saw what appeared to be snow. Just a few neighborhoods were hit with the unusual wintery weather mix.

Twitter video from Steve Baker showed the hail as it fell. At one point he joked about the need for a snow plow. Some kids focused on snowballs, or should we call them "hailballs" instead.

"Usually we have to go all the way to Tahoe or way up in the mountains to find snow," said 9-year-old South San Jose resident Malyna Gomez Trujillo. "Now we just have to go in our front yard."

The sidewalk snowball fight is certainly a first for Malyna, but it's not the first for the neighborhood. 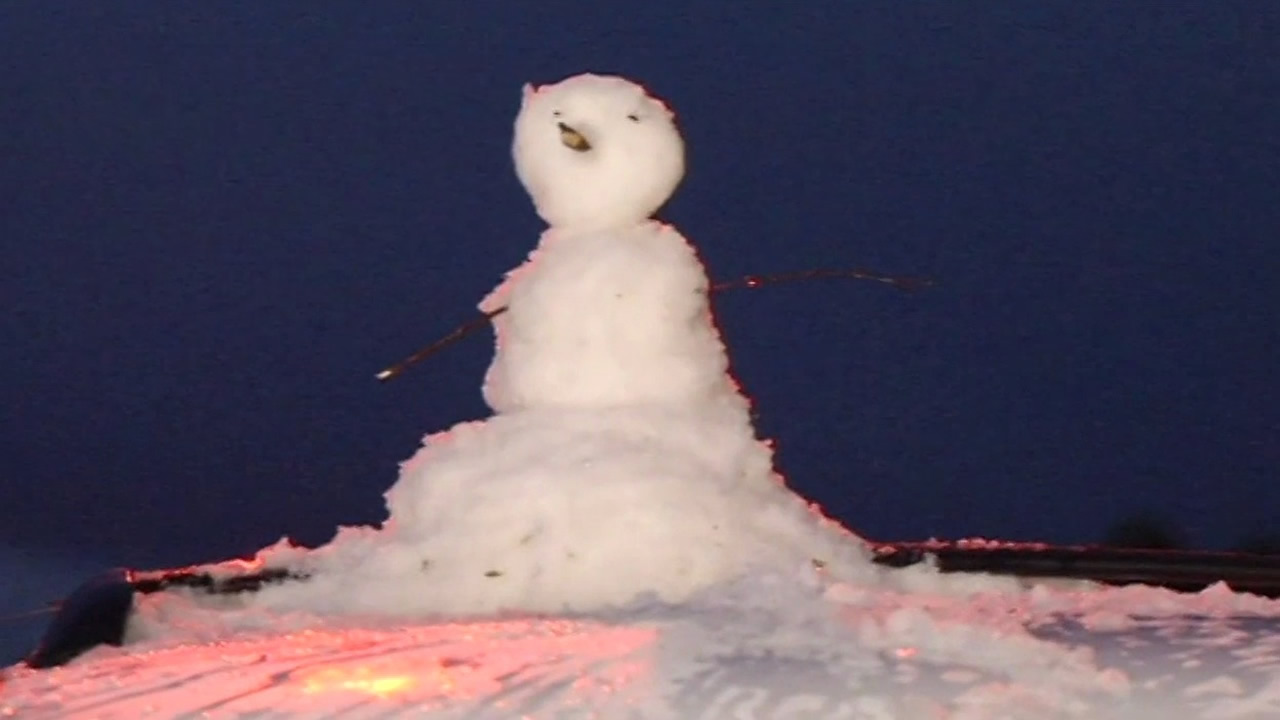 PHOTOS: Heavy hail hits the Bay Area
Families in the Bay Area couldn't believe their eyes when they looked out their windows and saw what appeared to be snow. Hail fell heavily in parts of the region, to the delight of residents.

"It's probably been about maybe 20 years since it last snowed," said South San Jose resident Joyce Galaviz. "It's been a very long time."

The Galaviz's love seeing their car covered and backyard saturated.

"We're not afraid of a little bit of cold," Galaviz said.

Just a little up the road, families swarmed around a white lawn. Some drove over from a few miles away.

"We got in the car, we said we're two minutes away, we're going to get down here and let the kids play some snow," said one Bay Area resident. "It's very exciting."

Father and sons snapped selfies by the snowman. And more than a few drivers attempted to take home a souvenir.

With a little bit of hail we made San Jose's first snowman! #TheLittleThings 😊 pic.twitter.com/k4OWnF4gDI

Although the hail was here one day and gone the next, the South San Jose neighborhood says it's a memory they won't soon forget.

"It was fantastic, we are all having fun here," said one San Jose resident.

People posted a lot of pictures of the storm on social media. Some photos showed the hail falling heavily while others captured lightning as it streaked across the sky.

The storm also brought lots of snow to the Sierra. It's the first major snowfall in two months, and it's causing some problems on the roads. Chains are required right now on Highway 50.

And a picture was tweeted by the Truckee Fire Department, along with the warning to "be safe out there."

#Truckee fire wants to remind everyone to drive to arrive alive today and every day. pic.twitter.com/j8ZOZPvowz

The storm is good news for ski resorts. Northstar California says they received 16 inches of snow since Friday afternoon.

To send us pictures of the hail or rain #WhereYouLive click here.