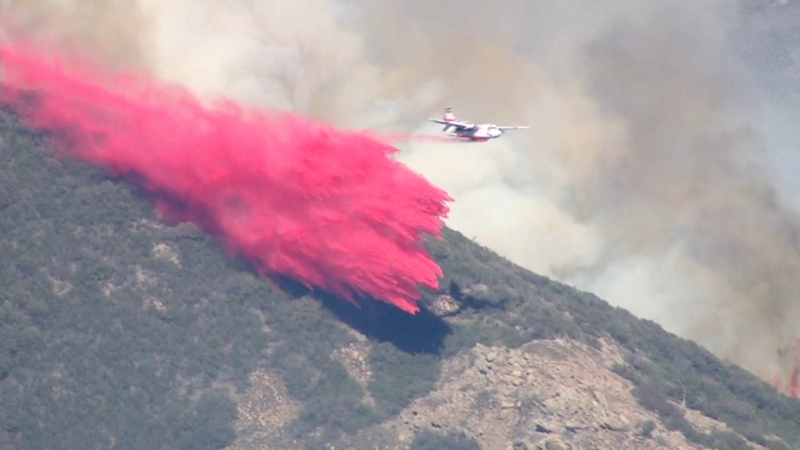 CLEVELAND NATIONAL FOREST, Calif. -- A 400-acre vegetation fire erupted Wednesday morning in the Cleveland National Forest in Southern California, generating a massive column of smoke that was visible from Orange and Riverside counties.

No structures were immediately threatened by the so-called Jim Fire, according to the Orange County Fire Authority, which was assisting in the firefight along with Cal Fire.

The United States Forest Service said the blaze began about 11:20 a.m. and was spreading at a moderate rate in Holy Jim Canyon. The containment was 0% as of 2 p.m.

The cause of the fire was unknown. Temperatures in the area were in the low 80s Wednesday afternoon, with a humidity of 10%, according to the National Weather Service.

A prescribed burn that had been previously scheduled near Long Canyon Road was canceled at around the time of the Jim Fire's ignition, according to the Forest Service.

For information about the fire, the public can call the Cleveland National Forest's Trabuco Ranger District at (951) 736-1811.