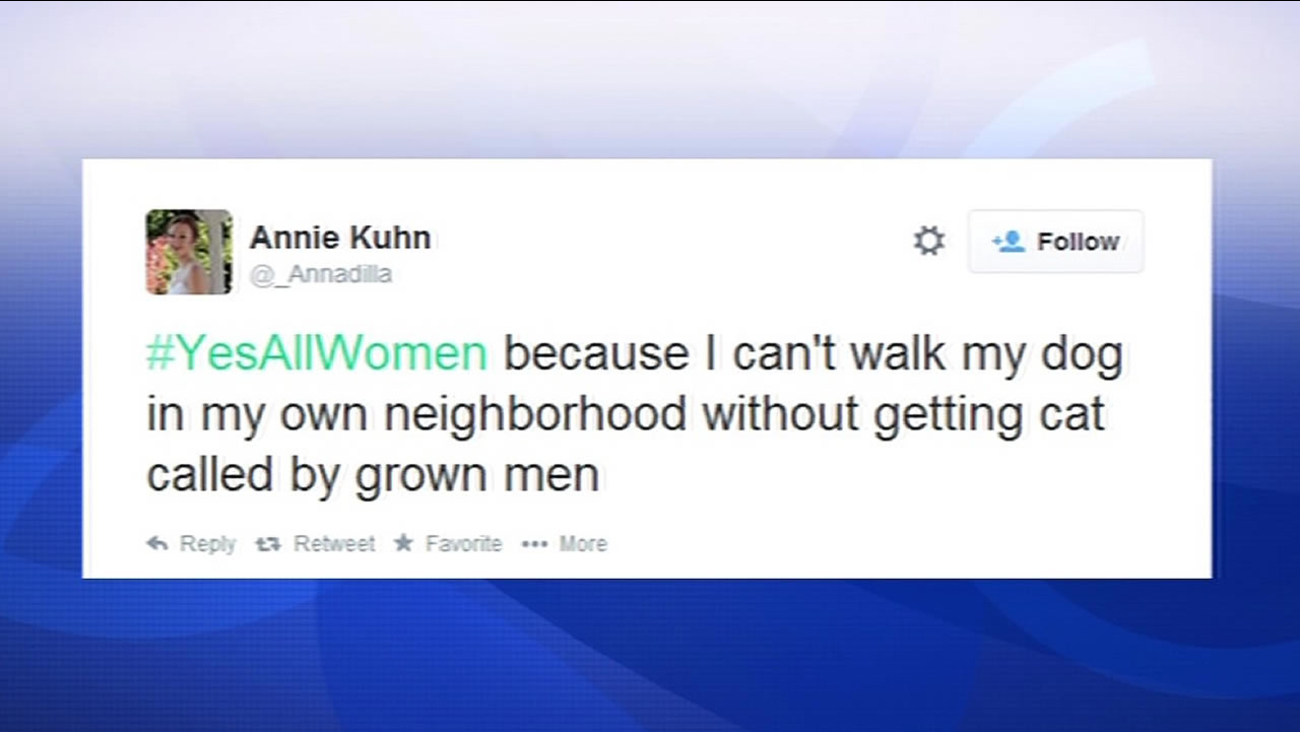 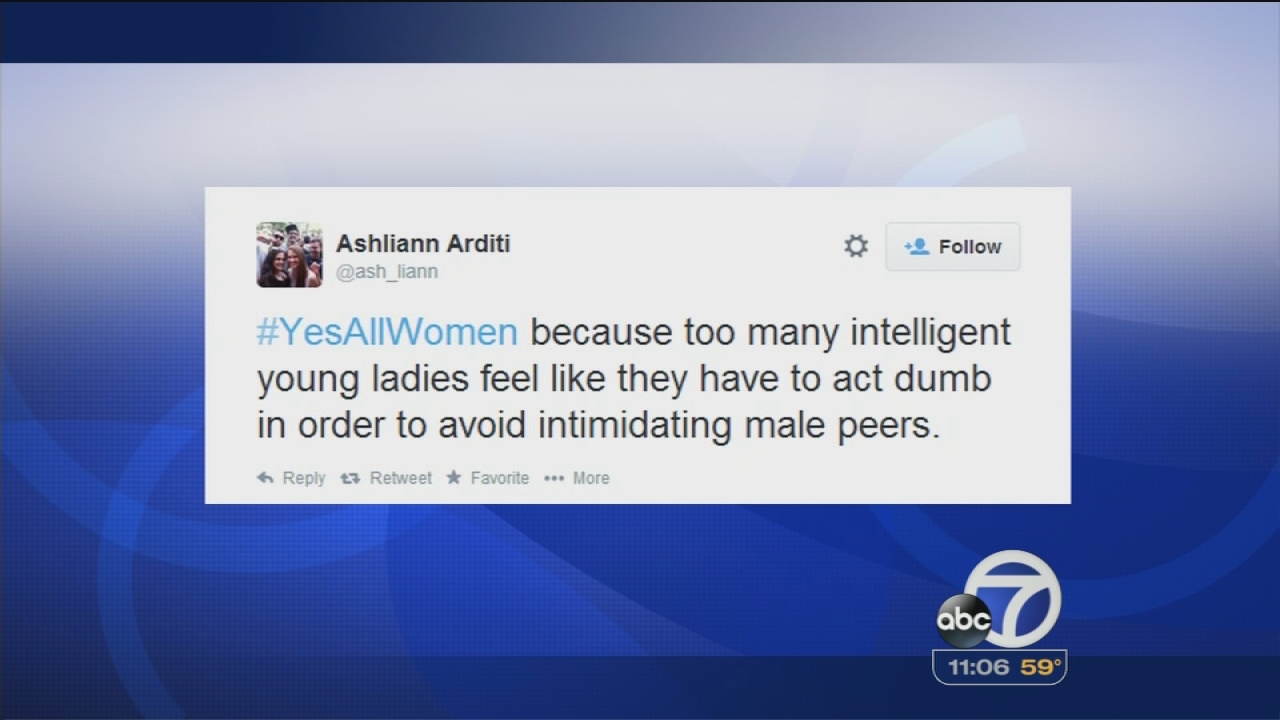 052614-kgo-women2-vid
On Twitter the hashtag 'YesAllWomen' is trending as women come forward with their experiences with male entitlement.

Last we checked, #YesAllWomen was still trending on Twitter. People have been using that hashtag to share their experiences with male entitlement.

The video shows Rodger saying, "I don't know why you girls aren't attracted to me, but I will punish you all for it."

Rodger has touched a nerve and now women are fighting back on Twitter, sharing one story after another.

Some of the tweets read:

"#YesAllWomen because I can't walk my dog in my own neighborhood without getting cat called by grown men."

"#YesAllWomen because I have to walk with a key blade in my hand to feel safe."

"#YesAllWomen because too many intelligent young ladies feel like they have to act dumb in order to avoid intimidating male peers."

#YesAllWomen has been attached to more than a million tweets so far, peaking at 61,500 tweets at 1 p.m. Sunday.

Andrea Shorter from the San Francisco Commission on the Status of Women said, "I think that what is happening is that women are showing that, 'No, we're multi-dimensional people' and appreciating women and respecting women as such is very important."

However, some people we talked to say #YesAllWomen is silly, that people are making a larger issue of a very isolated incident.

UC Berkeley student Claire Chiara told ABC7 News, "It seems as though these women are going out and telling men and telling parents and telling the world as a whole, men are evil, men are trained to be like this and it just seems like propaganda to me."