Because of community conflict, a peacock known to neighbors living just outside Downtown San Jose must be moved.

Markham is the new owner of a neighboring property. Over the last three months, he's gotten familiar with the peacock.

On Facebook, hundreds are following the community page called "The Adventures of Kevin the Urban Peacock." He's named after the tall, giant tropical bird in Pixar's UP!

The creator of Kevin's Facebook fan page wrote, "Word on the streets is he once lived with several other peafowls at a church near downtown. The church decided to rehome them, but Kevin wanted no part of it. We're told he flew the coop upon transport, and the church was either unwilling or unable to catch him again. Kevin is now 'home' wherever he goes in our neighborhood, whether he's perched on a roof, roosting in a tree, or fanning his train in 'his' carport."

Vasquez spotted Kevin about three years ago, living in a tree behind her home. She feeds him and she considers herself Kevin's caretaker.

Vasquez explained that recent issues at her complex have forced an urgent request for Kevin's relocation. It seems his growing popularity has a few neighbors "crying fowl."

"A couple of the neighbors in my complex have noticed people coming and going," Vasquez said.

For that reason, ABC7 News won't be revealing Kevin's location.

Kevin's fan page continues, "It's remarkable that he chooses to stay here, where M80s, sirens, street racing, and helicopters are the norm. But as a longtime resident who's been around for nearly a decade, he's a fixture here. And we'll look out for him as long as he stays."
Report a correction or typo
Related topics:
societysan josewild animalsbirdsanimalanimal newscommunity
Copyright © 2021 KGO-TV. All Rights Reserved.
More Videos
From CNN Newsource affiliates
TOP STORIES 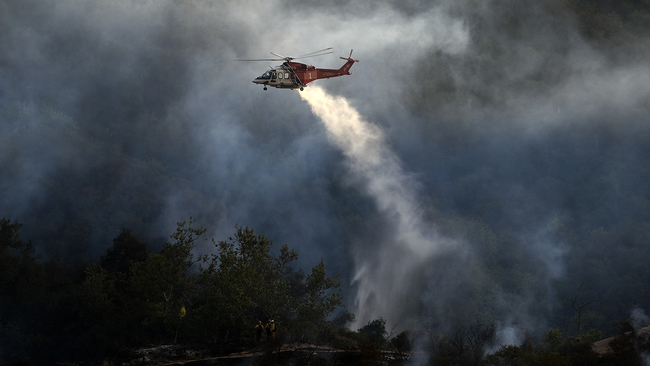