KGO
By Amanda del Castillo
SAN JOSE, Calif. (KGO) -- In the South Bay, a San Jose State University Police Department (UPD) corporal went beyond the call of duty. Corporal Rafael Vargas worked to get a man back on his feet and into much-needed work boots.

Monday morning started with an unusual sight outside the Science Building at SJSU.

"Our cadets were doing their normal patrol as they do here," he explained. "They saw somebody who had looked like they were sleeping under bushes, that you really wouldn't have been able to see."

So Vargas and another officer responded around 10:07 a.m.

"We went to make contact with this gentleman," he said.

They met a man named Steele. Vargas said Steele is a Colorado native who is currently homeless, down on luck and looking for work in San Jose.

"He wanted to work. He just needed a means and a way to do so," Vargas explained. "I just saw that opportunity and I said, why not?"

Vargas said Steele had his I.D. and Social Security card, but he didn't own much more than sneakers, a sweatshirt, and jeans.

"One thing he hasn't been able to get, that is a requirement for his type of employment is work boots," a UPD Facebook post read.

Vargas wanted to help. He called a nearby Big 5 Sporting Goods location.

"I asked them if they had steel toe boots, and they said they did," Vargas explained. "We drove him up there and had him try them on, and drove him back to the Salvation Army Shelter because that's where he wanted to go, so he can kind of get everything started."

The small purchase by Vargas was a big deal for Steele.

On Facebook, UPD shared the story and a picture of Vargas and Steele.

"Sometimes it's the little things in our lives that can make the biggest differences," the post stated.

"Setting somebody up to be able to provide for themselves is a gift like no other," the post continued. "We know how difficult it can be trying to live and survive in the Bay Area. Steele found this out too. He also found out that we care about people and that maybe someday he can pay it forward."

Cpl. Vargas told ABC7 News, "It's real easy to do the right thing."

Vargas has worked with UPD for more than 12 years. He's seen changes and challenges for those living within the community.

Vargas says part of building a better Bay Area is recognizing we are all trying, and we all go through some tough times.

"There's no crime with being homeless," he said. "I'm a human. They're human. Just talk to them."

UPD credits its community policing approach- a strategy the department feels has led to stronger bonds between police and the people they serve. 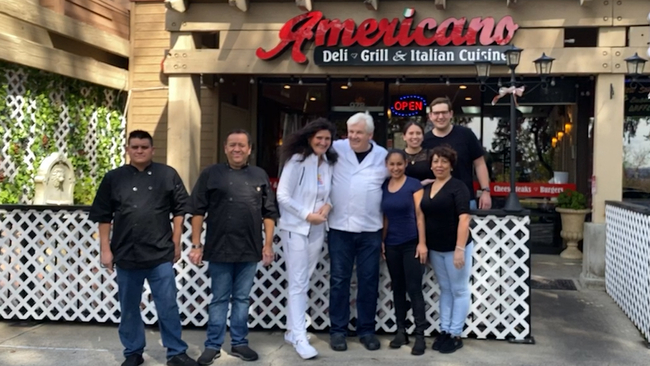 Washington DC's Metro has a lesson for BART on how to lure back transit riders
Could autonomous 'robotaxis' help ease traffic congestion? Fremont is testing it out
More Videos
From CNN Newsource affiliates
TOP STORIES