Public artwork is dotting Market Street for a three-day festival meant to revitalize the street.

SAN FRANCISCO (KGO) -- A six-sided ping pong table and a giant rocking chair made of grass were among the art installations along San Francisco's Market Street and it's all part of a three-day festival that could determine Market Street's future.

In the middle of the sidewalk on Market Street is a six-sided table that talks.

In November, a design team unveiled the ping pong table for the Market Street Prototyping Festival.

Neil Hrushowy of the San Francisco planning department came up with the idea, three days of these off-the-wall out of the box sidewalk installations.

"We have to do a lot more with these beaut sidewalks that we have, that they can be much more dynamic social spaces," Hrushowy said.

"I actually built this thing," said Dan Gottwald, an instrument builder. "It's a public musical instrument."

You can play it alone, but it sounds better together.

"It's about connections," Gottwald said. "It's about how people come together in ways they weren't expecting to."

So is the fountain that's on display. It only squirts water when somebody stands directly across from someone who's sitting.

All of this is one big experiment even though the festival will only last for three days. some of the best ideas from it could be immortalized for generations.

"In 2018 we're going to rebuild Market Street and there's a big capital campaign going on in the background," Hrushowy said.

That gives the city three years to gather ideas. The ones that fare the best could be invited back for a one to two year installation and after that a permanent one.

The people sitting on the grass furniture, climbing the rubber mountains and talking to the digital trees will be the judges of the artwork.

"I think it's beautiful," said Yael Braha, "Tree of Changes" designer. "I think these type of events should happen all year long, all day long."

And that could happen.

"Wouldn't it be great that if every couple of years we switched it up, and it's a constant sort of rolling exhibit of the greatest creativity that San Francisco can bring," Hrushowy added. 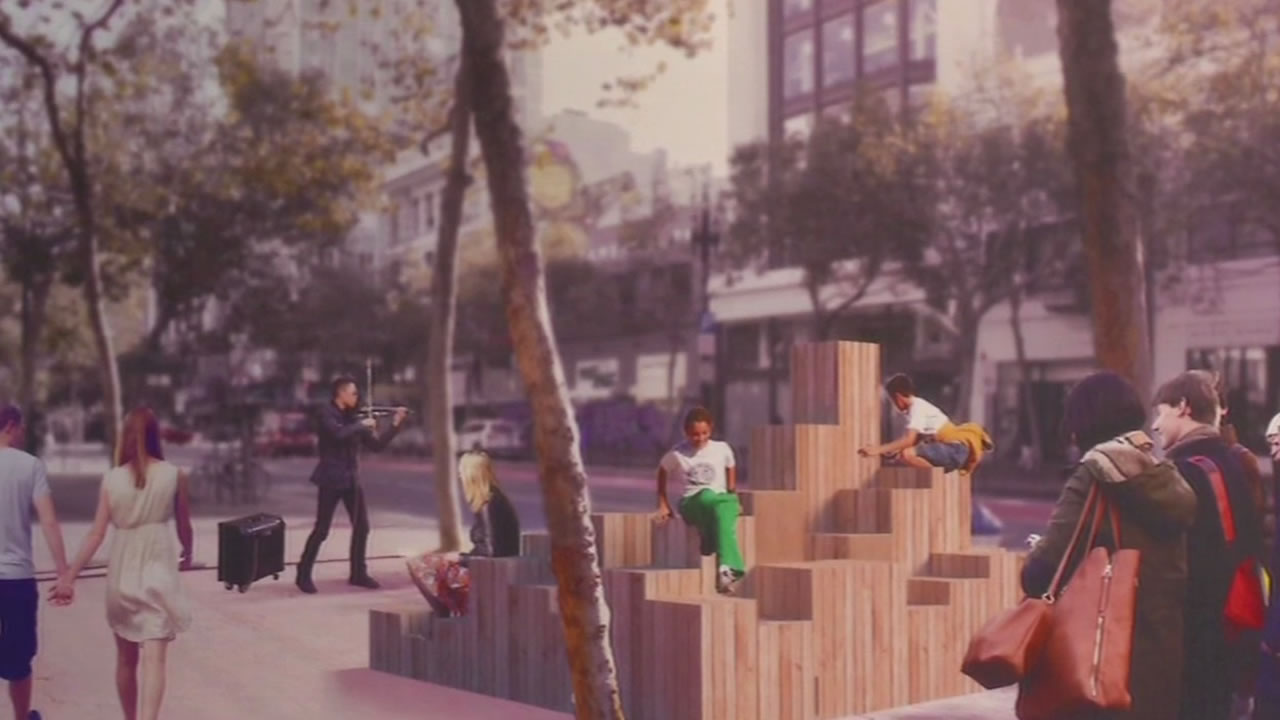