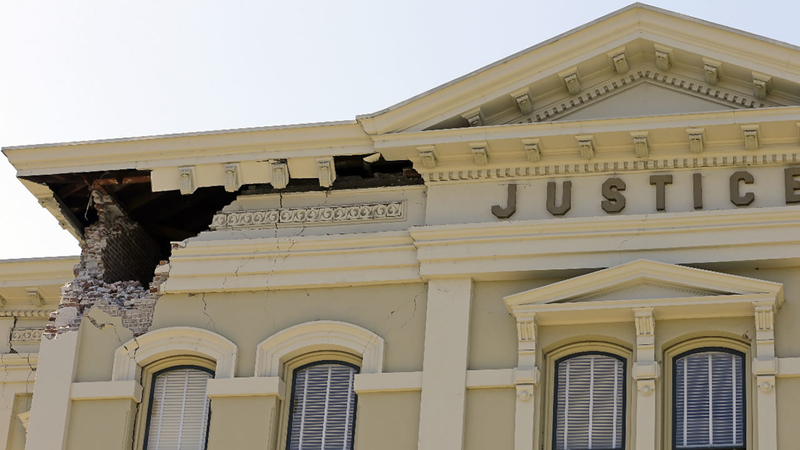 NAPA, Calif. (KGO) -- Wednesday is the 2 year anniversary of the Napa Earthquake. The magnitude-6.0 temblor damaged a good section of its historic downtown.

The mayor says the private sector has recovered quicker than she would have expected, but the public buildings are taking longer.


A coffee shop in downtown Napa is busy and beautiful. You'd never know there was an earthquake two years ago until you look right next door at the damaged, windowless building.

Across the street is the courthouse that is still closed and fenced off from the community. "Our historic courthouse, that we are very proud of it, is just sitting there shrink-wrapped and untouched. That's a mystery actually," Napa resident Roger Lewis said.

The street in front of Molinari's Café just opened last month. "I'm happy. Now if we could get the other side of the street open, I'll be much happier," Café owner Rick Molinari said.

The Napa Community Foundation has distributed $8.3 million in donations to nearly 1,400 earthquake victims.

There are examples of recovery throughout the downtown - new buildings stand where there was rubble two years ago.

"It's pretty exciting, what we have going on in Napa. We have a lot going on," Lewis said.

But not everyone is getting help. Molinari says he couldn't get relief money because his building was OK and his café stayed open.

But he has lost customers because of damage around him. "I sold my house to keep this open. I've got great friends and family here. Life goes on," he said.


That is the reflection you hear on this anniversary - how much worse it could have been. Especially as they hear tragic news of Italy's earthquake.

This time last year, Napa had 131 buildings that were red tagged. They now have 50, but it seems like it's going to be at least a year before they can get the courthouse and the library repaired.