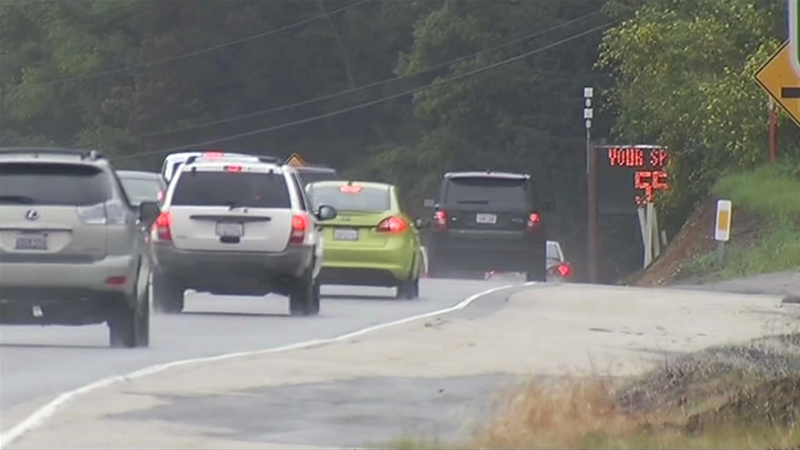 SANTA CRUZ, Calif. (KGO) -- Crashes on Highway 17 between San Jose and Santa Cruz have hit a 10 year high. And now, many who use the road on a regular basis are hoping that these new figures will serve as a wake-up call for other drivers.

As more people use this highway than ever before, there's an even greater opportunity for something to go wrong. Some people ABC7 News spoke with had a story to share about the close calls they've encountered on the highway.

It's been called one of California's most dangerous roads. "I'm always looking forward and backwards to see what's going to happen," Aptos resident Cynthia Lanz said.

With a combination of sharp turns, blind curves and dense traffic, some people try to avoid Highway 17 altogether. "Always spinning out, driving too fast, running into somebody, trying to cut somebody off, road rage, you name it, it goes on," Ben Lomand resident Merf said.

Salinas resident Tony Tuscany often makes the drive on Highway 17 from Santa Cruz to San Jose and said he's been seeing more commuters who aren't paying attention. "They don't even do the speed limit, they're not concentrating and it makes it hazardous all of the other drivers," he said.

The California Highway Patrol responded to more than 660 crashes last year, which is the highest number over the past decade.

CHP Ofc. Ross Lee said more people are using the highway than ever before. That along with distractions such as cellphones, could be to blame for the high amount. "It's incumbent upon everybody to observe all the rules of the road, all the speed laws, following too closely, keeping distractions out of the car, very easy to become complacent if this a route you typically take," Lee said.

Drivers ABC7 News spoke with are pleading for others to slow down. "You see the carnage on the side of the road and it happens so fast," Lanz said.

This is a reminder of how conditions and circumstances can change in a split second. "Nobody wants to go a funeral. Nobody wants to see people crying, realizing the loss of life," Lanz said.