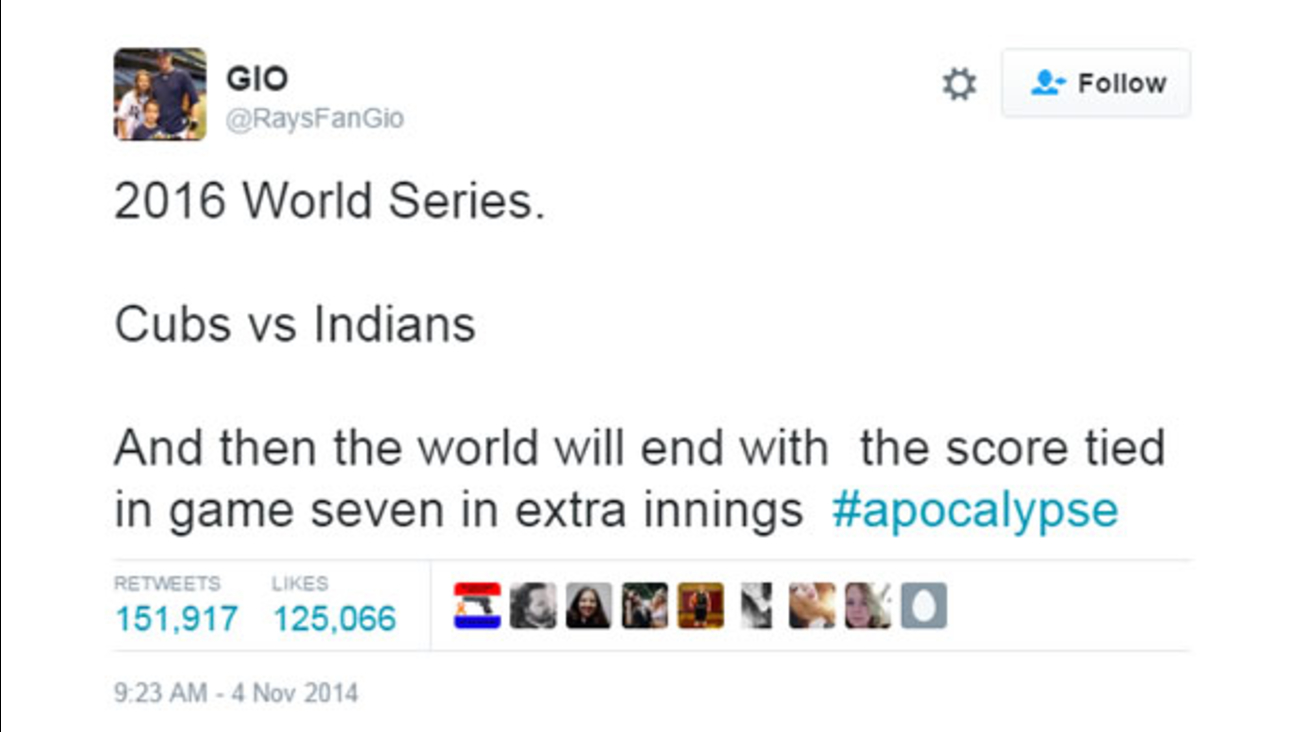 A tweet from 2014 predicted the exact World Series scenario the Cubs and Indians faced on Wednesday, Nov. 2, 2016 in Cleveland. (KGO-TV)

CLEVELAND -- A tweet from 2014 seemed to predict the exact Game 7 scenario the Chicago Cubs and Cleveland Indians faced Wednesday night.

Not only did @RaysFanGio predict the two teams that would be facing off in the World Series in 2016, he also predicted that the score would be tied in extra innings in Game 7, and then he said, the world would end. "#apocalypse."

Gio says in the comments of the tweet that he made the prediction when the Cubs signed Joe Maddon as manager, and because he knew Cleveland had a set of young, talented pitchers.

The tweet was retweeted and liked tens of thousands of times after the Cubs and Indians tied it up at 6-6 in the ninth inning Wednesday and went into extra innings. But not before a rain delay halted the start of the 10th. Which, after reading this tweet, was kind of frightening.