2019 NFL trade deadline winners and losers: How the Rams got ahead 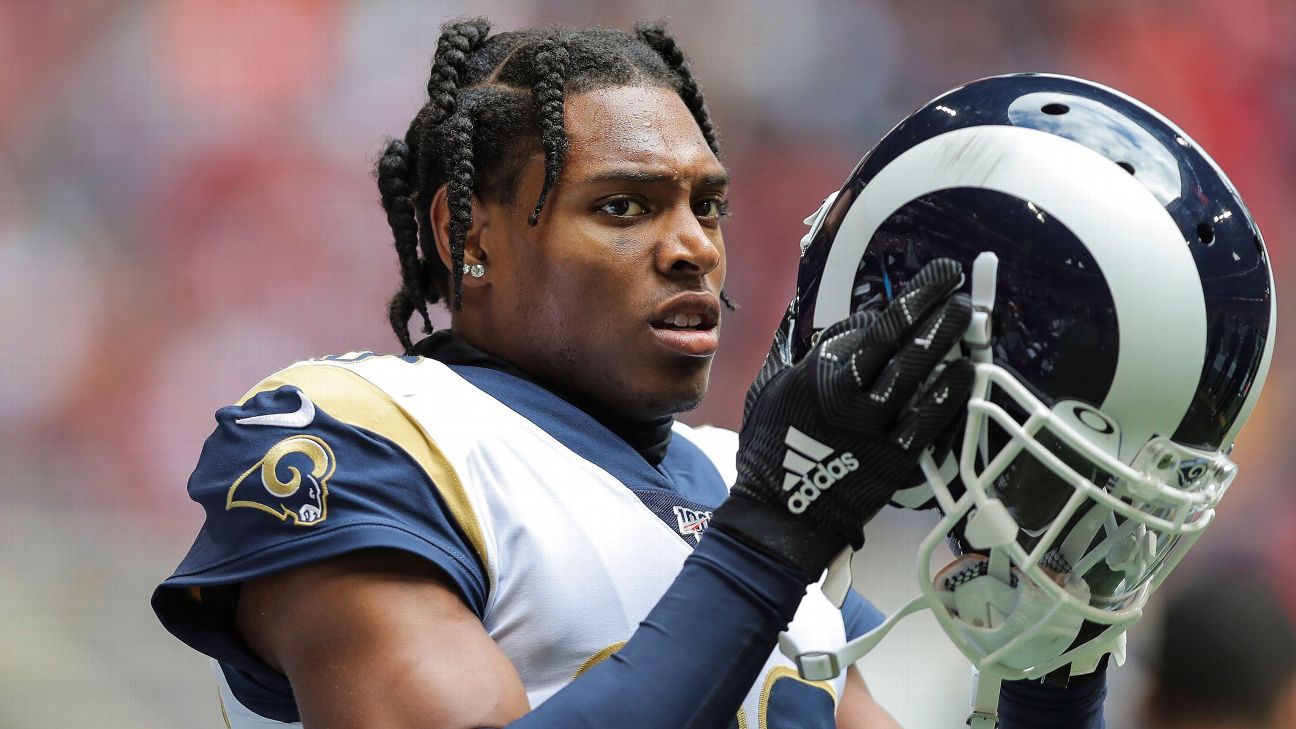 Well, that was disappointing. One of the most highly anticipated NFL trade deadline days in recent years came and went Tuesday with exactly one trade being made. And not any kind of cool trade either -- a salary-dump dealin which the Rams sent injured cornerback Aqib Talib and a fifth-round pick to the Dolphins for some other, presumably lesser pick down the road.

Nevertheless, lots happened last week, and last month, and late in the offseason. There are more trades in the NFL than there used to be. Tuesday's Rams-Dolphins deal was the eighth deadline-week trade this season. According to ESPN Stats & Information research, there were seven deadline-week deals each of the past two years but only 19 total in the eight-year span from 2008-2016.

So as we offer our annual assessment of trade deadline winners and losers, we must look beyond the last 24 hours. Or else, quite frankly, this would be a very short article.

It was a strange trade season for the Rams, who spent much of it clearing cap space by moving veterans out of their secondary but also bolstered it by adding the best player anyone acquired in advance of this year's deadline.

Moving Talib on Tuesday, after moving Marcus Peters a couple of weeks back, should clear enough cap space for the Rams to sign newly acquired superstar cornerback Jalen Ramsey to a contract extension. They gave up two first-round picks for Ramsey, which is a ton of draft capital, but he's a player worth overpaying for, and he'll likely anchor the back end of their defense for years to come.

The veteran receiver got traded from the Falcons, who are 1-7, to the Patriots, who are 8-0, a week before the deadline. He'll have a more prominent role in the receiver-needy Patriots offense than he did behind Julio Jones and Calvin Ridley in Atlanta, and he may well get the chance to win a Super Bowl.

They lost out on Sanu, who played for Niners coach Kyle Shanahan when he was offensive coordinator of the Falcons, but later that same day they traded for wideout Emmanuel Sanders, who played under former Shanahan assistant Rich Scangarello in Denver this season. Sanders knows the offense and will fit right in -- he caught a touchdown pass on his first 49ers drive Sunday.
San Francisco's closest competitors in the NFC West made moves in the secondary last week, but adding a veteran receiver helps offset that -- especially because the Niners are winning with defense and run game as it is.

The beneficiary of the Rams' need to clear out money in their secondary before getting Ramsey was Baltimore, which picked up Peters to help out in its own secondary. He made a big play in his Baltimore debut and should inject a dynamic element into a defense that went through a major overhaul in the offseason.

One of the crucial keys to team-building and roster management is evaluating your team accurately, and the Dolphins figured out months ago that they weren't going to be competitive. So they've been trading players for high picks for a while now. Offensive tackleLaremy Tunsil to the Texans in August. CornerbackMinkah Fitzpatrick to the Steelers in September. Running back Kenyan Draketo the Cardinals on Monday (though not for a particularly high pick). And then the Talib deal Tuesday, taking on cash and cap money to add another pick.

Including compensatory selections, Miami will have 14 picks in the 2020 draft plus extra first- and second-rounders in 2021, and the main reason is that the Dolphins were proactive in moving players for picks once they made their plan and figured out they wouldn't contend this year.

Teams that waited until late October to figure this out (Jets? Broncos? Falcons?) didn't succeed in moving high-value assets for a haul of picks at the deadline.

This isn't trade-related, but the biggest news of trade deadline day likely was Dalton losing his job as the Bengals' starting quarterback to rookie Ryan Finley. Dalton has one year and a non-guaranteed $17.5 million left on his contract after this season, but at this point it seems unlikely that the team will pick that up.
Dalton should be a free agent after this season, and while there could be teams looking for starters and he could end up in a decent situation, it looks as if he has to slog through the final couple of months of 2019 as the backup quarterback on a team that hasn't won yet.

Part of the problem is that they needed offensive line help and that's not a thing that's easy to find at the trade deadline (or at just about any other time, for that matter). Cleveland poked around but couldn't pry Trent Williams out of Washington or Nate Solder away from New York, and it will have to try to climb back into the playoff hunt with what it already has.
The good news is that the Browns have so far played the league's toughest schedule and have the second-easiest schedule remaining. The bad news is that the offense can't seem to get it together and nothing happened at the deadline to help. They traded away two of their own 2018 draft picks in advance of the deadline. They have the look of a team that is flailing.

The Eagles needed help on defense in the worst way and came up withonlyGenard Avery, Cleveland's fifth-round pick from 2018 who's basically a developmental pass-rusher.
No help for the beleaguered secondary. No help for the defensive line. Philly's schedule also gets a lot easier from here, and the team believes a roster it thought was excellent before the season can be excellent once everyone gets healthy.

The Eagles could have used the boost a big deadline deal would have provided on the field and in the locker room.

More and more, NFL player holdouts are working. Gordon's did not. He skipped training camp and the first four games of the season because he wanted a raise from his $5.6 million salary. He didn't get one. Nor did he get moved at the deadline to a team where he could have had the backfield to himself, helped lead a team to the playoffs and cashed in big in free agency in March.

He's stuck on the Chargers, in a committee backfield behind a shredded offensive line, and his situation hasn't improved one bit since July.

Oh, it had its moments of excitement. The mere possibilities of Jamal Adams to the Cowboysor Le'Veon Bell to the Texans gave the day some anticipatory juice. But other than the odd Talib move, nothing happened on the day itself.
The chatter around the league in the past week or so was predicting an active deadline. But in the end, too many teams didn't want to part with picks. Some of the players who were talked about this past week will be moved in the offseason, when teams know exactly what picks they're getting. But this could have been a much more fun day than it turned out to be. 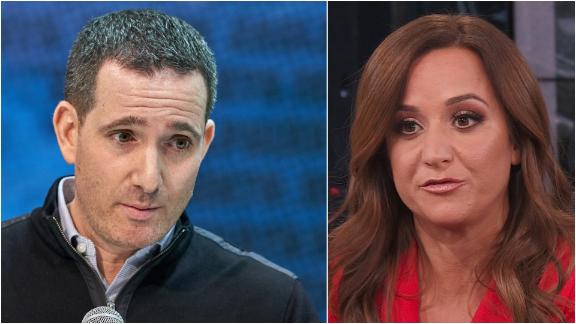 Did the Eagles make a mistake by not trading for a CB?
Dianna Russini questions the Eagles' willingness to find secondary help during the trade deadline. 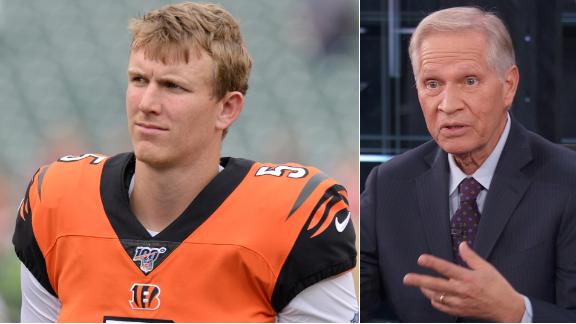 Bengals need to evaluate Finley
Chris Mortensen contends that the Bengals are trying to figure out if Ryan Finley is their quarterback of the future. 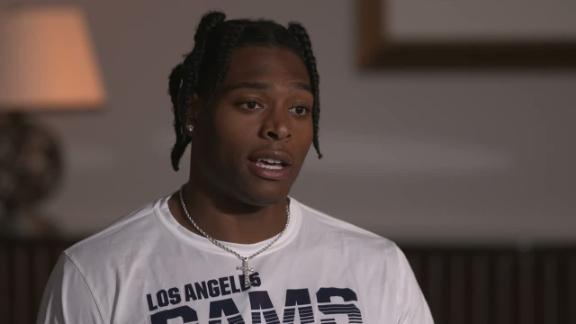