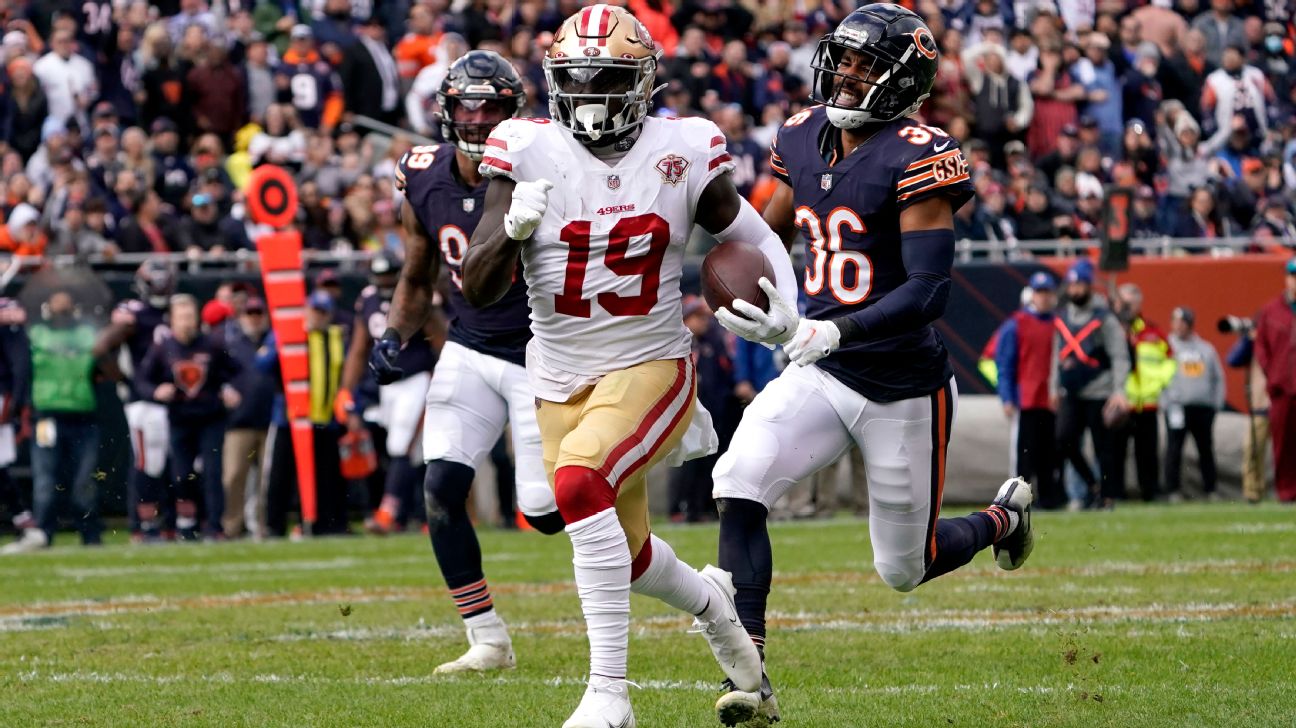 CHICAGO -- Just when it looked like the San Francisco 49ers were about to attempt Sunday's first punt, they hit the biggest play of the game and got a much-needed offensive spark.

On third-and-19 from their 16, the 49ers called for a quick screen to receiver Deebo Samuel off the left side. Samuel made a quick cut inside and got excellent downfield blocks from receiver Brandon Aiyuk and center Alex Mack as he raced 84 yards for an apparent touchdown.


Upon further review, Samuel was ruled out of bounds at the 1, but quarterback Jimmy Garoppolo scored from 2 yards out a few plays later to trim Chicago's lead to 16-15.

Samuel's catch-and-run was the Niners' longest play this season as he hit a max speed of 20.1 miles per hour, per Next Gen Stats.