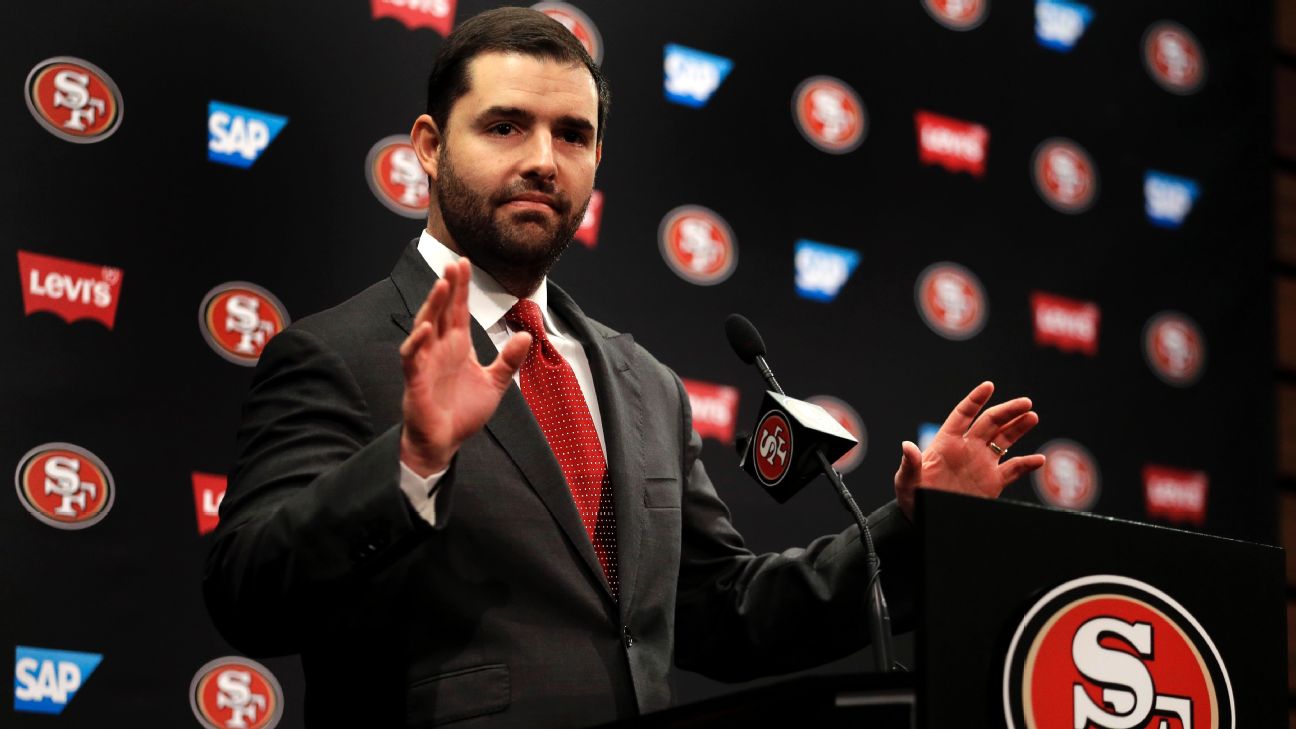 ATLANTA -- San Francisco 49ers owner Jed York abstained Wednesday from voting on the NFL's new anthem policy, a notable exception to what the league said was a "unanimous" agreement among clubs to require all team personnel on the field to stand for the song.

The 49ers employed two of the most prominent players who have used the anthem to protest racial inequality and police brutality: quarterback Colin Kaepernick and safety Eric Reid. Both players have filed collusion charges against the NFL after failing to find jobs as free agents.

York supported both players' protests. Speaking to reporters Wednesday afternoon, York said he wanted to "make sure we're working with our players toward progress." York didn't say he opposed the policy, nor would he reveal if any other team abstained. The league didn't publicize the vote tally, and York said, "Teams that voted on it voted affirmatively."

Asked why he abstained, York said, "I think there are a lot of reasons, and I'm not going to get into all of them. But I think the gist of it is really that we want to make sure that everything we're doing is to promote progress. And I think we've done a good piece of that so far."

York said the team will close concessions during the anthem.

"I don't think we should profit during the national anthem," he said. "If we're going to ask people to be respectful, I think that's something we should do to be successful. We want to make sure we have an all-encompassing sort of solution to how we look at this and not point the finger at one group or another."

Earlier this week, the NFL finalized an $89 million agreement with players to fund a social justice platform.

The league's new policy gives players the option of going to the locker room during the anthem. If a player takes the field for the anthem but then protests, the league will fine the team. In turn, the team will have the option to fine the player under terms of the collective bargaining agreement.