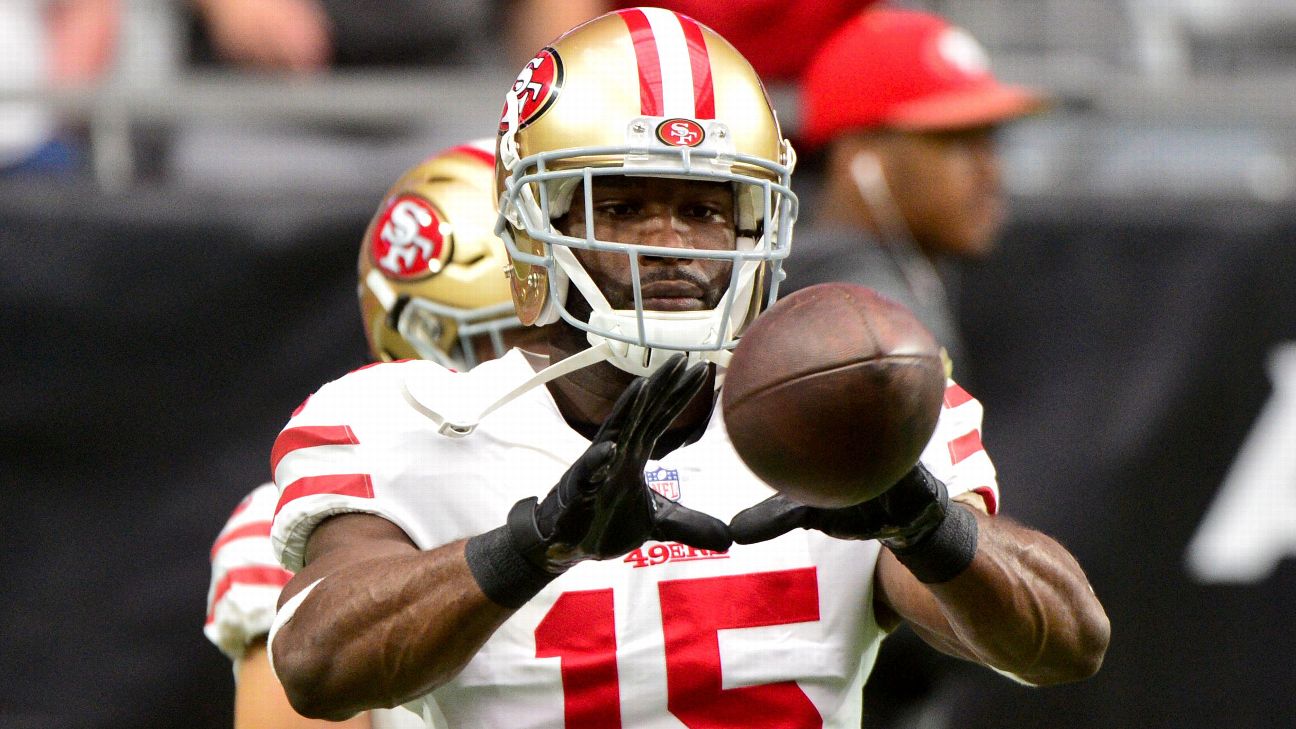 For the second time in as many seasons with the San Francisco 49ers, receiver Pierre Garcon will end his season on injured reserve after appearing in just eight games.

Niners coach Kyle Shanahan said Monday that Garcon is set to have arthroscopic knee surgery on Tuesday, and the team will place him on season-ending IR later this week.

Garcon has not played for the Niners since a Week 9 win against the Oakland Raiders because of lingering knee issues that flared up in Week 6.

While Garcon has practiced in the time since and hoped to get back on the field, he realized he needed to do something about it.

"We waited on Pierre for a bit," Shanahan said. "It was going very positive for a while. That's why I felt real good about it. But we came back from that bye week, and it had gotten worse. We tried out hardest last week. He went out and went full-go Wednesday. It swelled up on him, caused him a lot of pain, and after having that same thing through almost most of the year, especially it was the week before the Green Bay game that it really started coming, it was just lingering too long where P knew he had to get something done. So we had to shut him down now."

In eight games this season, Garcon had 24 receptions for 286 yards and a touchdown. Those numbers came after a 2017 season in which Garcon appeared in the first eight games before suffering a season-ending neck injury against the Philadelphia Eagles. He had 40 catches for 500 yards before the injury.

Garcon can now get his knee taken care of, but he will head into the offseason with some uncertainty about his future.

Garcon signed a five-year, $47.5 million deal with the Niners on March 9, 2017. Although the Niners are responsible for the $7.2 million left of his prorated $12 million signing bonus, the rest of his contract is comprised of a series of option years, and the Niners could get out without any additional financial penalty.

The 49ers have until the end of the 2018 league year in March 2019 to exercise that option. Shanahan indicated that no decision will be made right away on Garcon's future with the team, but he said Garcon, 32, plans to continue playing.

"I saw P in training camp when his knee wasn't bothering him," Shanahan said. "He was playing at a high level. It's very hard to do that when you're not healthy, especially the age these guys are at. Hopefully they can get healthy this offseason, and then you've got to make decisions. You don't just get rid of people to get rid of people. They're all good players, good people, people we love here, but you're always trying to improve and get better. That's what we see. What's the competition you can create? What are the options out there?"