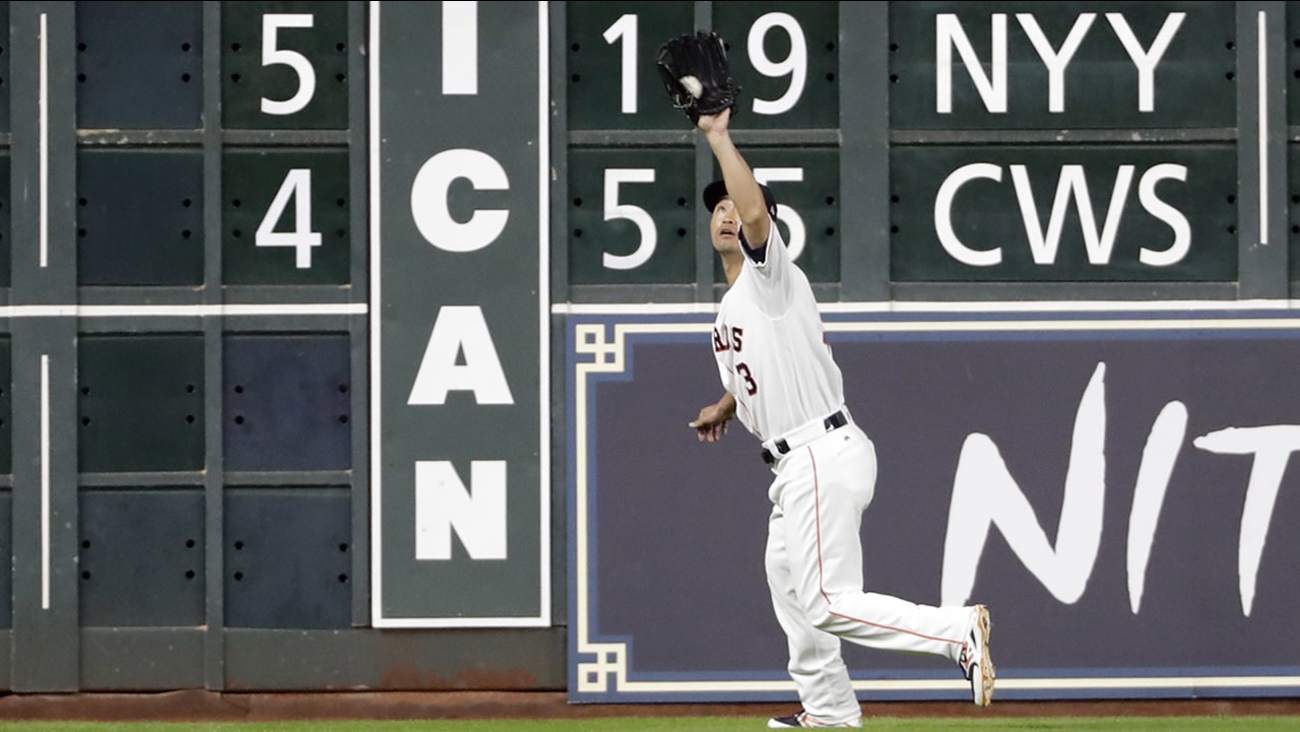 Houston Astros left fielder Norichika Aoki catches a fly ball against the Oakland Athletics during the fourth inning of a baseball game Wednesday, June 28, 2017, in Houston.

HOUSTON -- Carlos Correa homered twice and drove in four runs and the Houston Astros got a 6-1 win over the Oakland Athletics on Thursday.

Correa's two-run shot in the fourth put the Astros up 2-1. He extended the lead to 5-1 with a two-run homer to straightaway center field with no outs in the sixth inning to chase rookie Daniel Gossett (1-3).

It was the fourth career multi-home run game for Correa, who has reached safely in a career-high 17 straight games, and his first this season.

The victory improves first-place Houston to 10-2 against the Athletics this season and 17-2 against them since July 20, 2016.

Houston starter Brad Peacock (5-1) allowed two hits, one run and struck out seven but lasted only five innings after tying a career high by walking six.

Gossett, who was making his fourth major league start, allowed seven hits and five runs in five innings for his second loss to the Astros in 10 days.

Josh Reddick had two hits, scored twice and drove in a run with a sacrifice fly in the seventh.

The Athletics went 0 for 7 with runners in scoring position and left 11 on base as they lost for the second straight day.

Ryon Healy and Matt Olson hit consecutive singles to start the fourth inning before Josh Phegley walked to load the bases. Peacock struck out Jaycob Brugman before Adam Rosales grounded into a force out that left Olson out at third and scored Healy to make it 1-0.

Gossett didn't allow a baserunner until Reddick doubled with one out in the fourth inning. He retired Jose Altuve before Correa's 15th homer this season landed in the bullpen in right field to give Houston a 2-1 lead.

Singles by Evan Gattis and Marwin Gonzalez and a walk by Alex Bregman loaded the bases for Houston with no outs in the fifth. After a short visit to the mound, Gossett struck out Jake Marisnick before inducing a double play by George Springer to wriggle out of the jam.