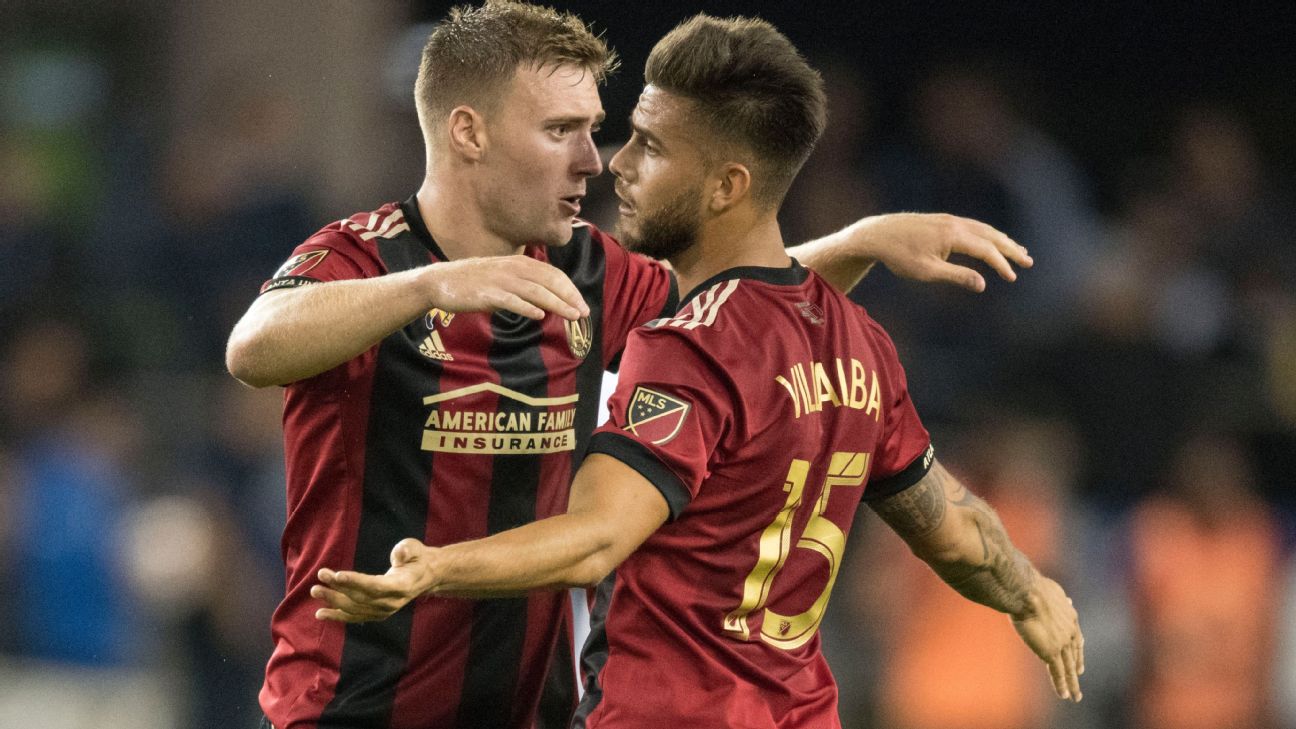 In what could be construed as one of the most controversial MLS games of the year, visiting Atlanta United topped the San Jose Earthquakes 4-3 Wednesday night.

San Jose led 3-1 before an apparent goal from Chris Wondolowski was disallowed. Instead, following a video review, a penalty kick was awarded to Atlanta for a handball that happened 90 seconds earlier.

Josef Martinez converted his MLS-record 29th goal of the season to cut the deficit to 3-2 in the 70th minute. Miguel Almiron tied the score three minutes later when knocked home a loose ball in the box. Martinez added a goal five minutes into second-half stoppage time to complete the contentious win.

It was an inspired effort for the Earthquakes. Two days earlier, San Jose fired coach Mikael Stahre and replaced him on an interim basis with Steve Ralston.

San Jose stunned Atlanta in the 13th minute when Nick Lima headed home a cross from Shea Salinas for the 1-0 lead. Lima was left unmarked at the back post.

The Earthquakes added on with two minutes left in the first half. Danny Hoesen had a one-on-one with Atlanta goalie Brad Guzan stopped, but the San Jose forward got the rebound, beat a pair of Atlanta defenders and scored.