Baseball has gone cuckoo for closers

ESPN
By Bradford Doolittle
They are supposed to be the baseball equivalent of a seal, that little bit of wax poured onto a finished letter and pressed with a stamp to denote that which is finished. Firemen. Stoppers. Closers. Whatever you want to call them, they are all the rage in the free-agent marketplace.

According to Cot's Baseball Contracts, the contracts signed by Jansen (Dodgers, five years/$80 million), Chapman (Yankees, five years/$86 million) and Melancon (Giants, four years/$62 million) are the three largest pacts ever given to relief pitchers, not just in total contract value, but also on a per-season basis.

Let's not pin this all on the high-revenue teams that ended up with this year's crop of elite closers. The Marlins and Nationals also were reportedly in on the bidding, and ESPN's Jim Bowden reported that Washington offered Jansen even more than he accepted from the Dodgers.

The 2016 postseason was terrific for a lot of reasons, but if not for the Cubs' curse-breaking run, the thing we might remember most would be the re-introduction of the "super-reliever" -- that key bullpen arm that could be trotted out at the most crucial juncture of a game even if that moment fell outside the parameters of the modern save situation. Andrew Miller, Chapman and Jansen all helped cement the concept of leverage into the minds of mainstream hardball fans and recalled the days of Rollie Fingers, Goose Gossage and Bruce Sutter, when a team's best reliever was often asked to do more than lock down the ninth inning.

Still, despite the continuing evolution of postseason bullpen deployment, relief pitchers in general aren't any better than they were last year at this time. Baseball's development systems continue to churn out more hard throwers than ever, but all that really has changed is that there seems to be a trend away from the paint-by-numbers method of managing bullpens.

It's easy to look at the windfalls received by Jansen, Chapman and Melancon and view this as a unique winter-stove season, when multiple contending teams had ninth-inning holes to fill, the game's revenue is at its highest-ever peak and is projected to climb higher, and the overall free-agent class is tepid. Any one of these signings, in a vacuum, is easily justified in a December press conference, and chances are the majority of each team's fan base is thrilled about the signings. And certainly we all are relieved that Jansen won't have to find another walk-in song.

Nevertheless, the odds are good that at least one, if not all three, of these contracts will turn out to be terrible values.

The teams would almost certainly argue that even if the contracts eventually won't look good on a spreadsheet, that is beside the point. These were aggressive moves made by teams trying to win championships. If they do so, then some dead money down the line will be easier to digest.

That may well be a valid way to look at the closer splurge. The Dodgers were two wins short of a National League pennant and Jansen's ability to go multiple innings in October was a big reason why that happened. The Giants might have pushed the Cubs even harder in the NLDS if they'd had Melancon, as their second-half bullpen problems extended into the postseason.

The Yankees ... well, that's a different case. It's hard to ever really call New York a rebuilding team, but the Yankees did finish fourth in the AL East last season and were outscored by 22 runs during the campaign. They stocked up on prospects at the trade deadline by dealing away Chapman and Miller, so they should have known better than anyone that an elite late-inning reliever on a good-value or expiring contract is a great trade chip to have. That's why as good as Miller has been the last few years, he's bounced around the majors like a pinball. Chapman's new deal isn't likely to result in the same kind of trade-market cachet.

That brings us back around to our seal metaphor: Closers are the last step, not the first, or even the 10th. They are the cherry on the top of the sundae. The Giants and Dodgers can make a claim that Melancon and Jansen is that to them. For the Yankees to do the same with Chapman is a stretch. That's not to say the Yankees can't contend, but whether or not they do probably won't have much to do with Chapman, especially since the Yankees already had a quality closing candidate in Dellin Betances.

Meanwhile, as the Yankees take aim at the 2018-19 free-agent class, they are locking up space under the tax threshold while hoping that Chapman retains his velocity and remains something like a foundational player. It's this last proposition that makes all of these deals suspect. Simply put, just because a closer -- any closer not named Mariano Rivera -- has been elite, it doesn't mean he will remain so. In fact, chances are, he won't.

To be sure, the three closers in question have been among the most consistent in all of baseball, insofar as relief pitching is ever consistent. That perception of certainty is a big part of what drove up their respective values. All three of the signing teams better hope that this perception remains a reality.

According to the free-agent listings at baseball-reference.com, there have been 182 relievers since 1976 to sign a new deal on the heels of a season in which they saved at least 10 games -- a very low bar to label someone a "closer." Barely half (92) saved at least 10 games the very next season. By the third season after the signing, only 24 percent of them were still at the 10-save level, and by the fifth season, that number was down to 10 percent. That's why we're so hard on teams that sign relievers to four- and five-year deals. Few of them work out.

The story remains the same if you raise the bar to 30-save guys, a level reached the season before a pitcher hit free agency 65 times over the last three decades. Of those 65 pitchers, only 45 percent hit 30 saves again the season after signing a free-agent deal. (This includes those who re-signed with the same team.) Two years out, that number was down to 25 percent. By the fifth year -- which will eventually apply to Chapman and Jansen -- only five (8 percent) were still at the 30-save level. Not one of the 65 had at least 30 saves in each of the five seasons after his signing.

The save is a deeply flawed metric but, let's face it, it's one of the key statistics that got these players so much money this winter, and it does more or less describe what a closer does during the regular season. It's a stat that is at least as much about context as actual performance. That's not comforting in this case because these numbers strongly suggest that, by and large, closers tend to quickly flame out, to the extent that they aren't used in save spots within a couple of years.

There are always exceptions and the players who populate the all-time saves list are proof of that -- the likes of Rivera, Trevor Hoffman, Lee Smith and Billy Wagner -- who have been both consistent and durable. It's certainly possible that Jansen, Chapman and Melancon will end up on a similar path. Nevertheless, given the history of free-agent relievers, it's an expensive gamble.

The old axiom about free agency in any sport is that you pay not for what a player has done, but for what he is going to do. When it comes to closers and free agency, it's crucial, and exceedingly difficult, to make that distinction. 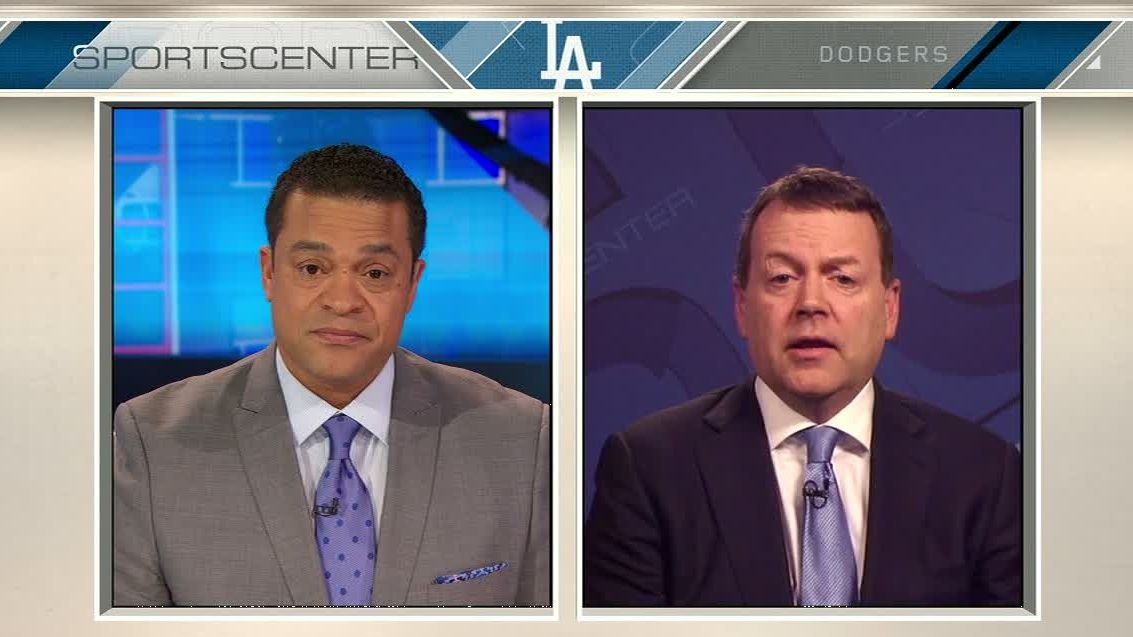