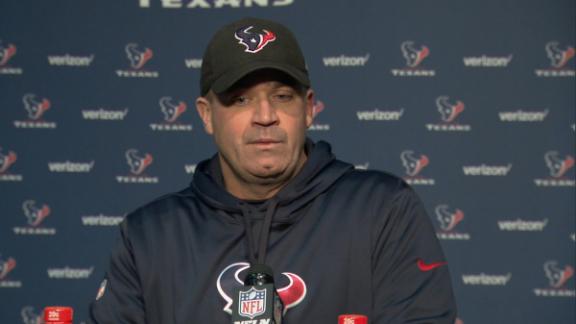 FOXBOROUGH, Mass. -- Texans head coach Bill O'Brien reiterated Saturday night that he will not be leaving Houston during the offseason.

O'Brien also took the blame for the struggles the Texans have had this season.