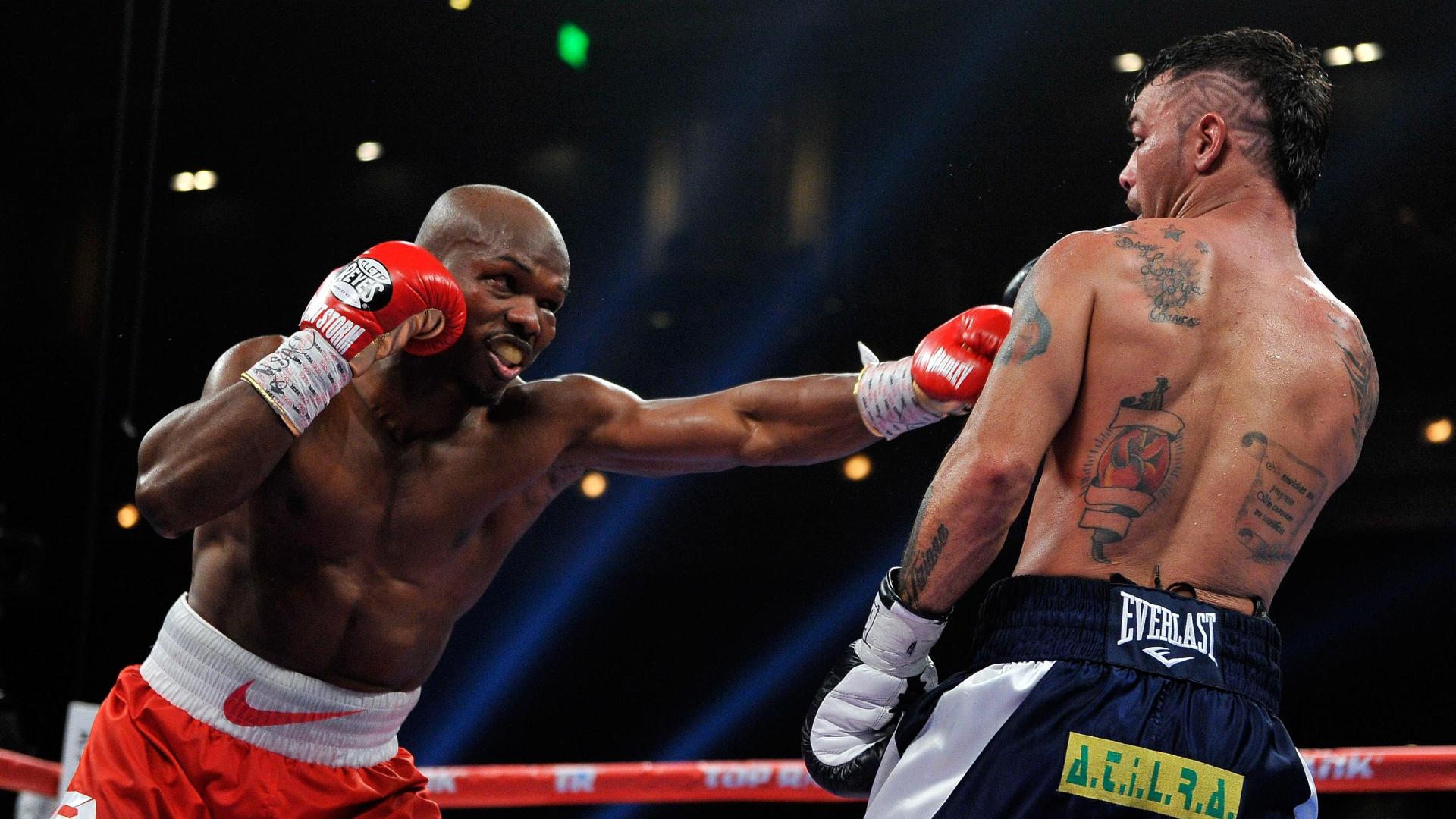 LAS VEGAS -- Former two-division world titleholder Timothy Bradley Jr. looked like he had done all he needed to do to win an exciting fight against Diego Chaves on Saturday night at the Cosmopolitan.

And then ring announcer Michael Buffer read the scorecards: a split draw that seemed completely impossible to comprehend and left the sellout crowd of 2,400 shocked.

"I thought I won at least eight rounds," said Bradley, with ringside media overwhelmingly favoring him by wide scorecards. "I'm not going to say it was horrible, but I'm not a judge. I maybe give him four rounds [won], max five. I was landing clean punches and felt like I won the fight."

"I don't understand anymore," said Top Rank chairman Bob Arum, Bradley's promoter, adding that he thought scoring was as bad as the scoring that gave Bradley a hugely controversial split-decision win against Manny Pacquiao in their first fight. "Julie Lederman [of New York] should not be allowed to judge in this state anymore. That was the worst decision. I had it 8-4 for Bradley. I could see it 7-5. OK, maybe even 114-114. But her scorecard for Chaves was an absolute disgrace."

"I think we do a rematch. That's fine," Arum said. "The real problem is the disparity in the scoring. It makes every one of us look insane."

The CompuBox punch statistics heavily favored Bradley, crediting him with landing 225 of 572 punches (39 percent) and Chaves connecting on 152 of 570 blows (27 percent).

Bradley (31-1-1, 12 KOs), 31, of Palm Springs, California, a former welterweight and junior welterweight titleholder, was looking to rebound from his first official loss, the April rematch with Pacquiao, who easily outpointed him to regain the welterweight world title Bradley claimed against Pacquiao in their disputed split decision in 2012, also in Las Vegas.

It looked like Bradley was well on his way to beating Chaves with little concern for the scoring. Bradley got off to an excellent start when he landed a huge overhand right in the first round that Chaves somehow took and managed to stay on his feet. The right hand was a big weapon for Bradley, who used it over and over, and Chaves never seemed to adjust to it. Bradley also landed some powerful body shots.

Chaves moved to 0-2-1 in the United States, having suffered a questionable ninth-round disqualification in a fight he was winning on two scorecards against Brandon Rios in August, also at the Cosmopolitan, and a 10th-round knockout loss to Keith Thurman in San Antonio in July 2013 that cost him an interim title.

Unlike in the foul-filled match with Rios, he and Bradley kept the fight relatively clean despite a few head-butts. A pair of accidental head clashes shook them both up in the second round, but neither man was cut. They were swinging freely and the crowd was into what was becoming an action-packed fight by the third round.

"I listened to my corner to try and close the gap on him," Bradley said. "Try and wear him down a little bit. That's why I step inside, to smother him. I was just trying to get to his body and slow him down. I moved back to the outside because he was slowing down. Then I could land counters on him."

In the fourth round, they spent a long stretch head to head banging away in brutal exchanges. By the fifth round, Bradley's left cheek was swelling badly, but it did not seem to bother him. He continued to throw a lot of punches and connected consistently with his right hand, which led to Chaves' left eye swelling in the second half of the fight.

"There was a lot of head-butts early on, then he landed good right hands," Bradley said. "I felt it. Solid right hands."

Although Bradley said he could see well, he went the hospital as a precaution to have his cheek checked. He said he thought it was fractured.

"I thought Bradley looked good," Arum said. "I thought Bradley won the fight relatively easily. But he was less effective once his eye closed, but he still won. I am so fed up with this whole [judging] system. It's really, really wrong."

Bradley landed a low blow early in the 11th round, and Chaves took a knee as referee Tony Weeks gave him time to recover. Even though Bradley appeared to be way ahead in the 12th round, he did not play it safe. He continued to go after Chaves as he completed a crowd-pleasing performance, but his aggressiveness did not help as the scorecards were read.

Perhaps there will be a rematch. Bradley also talked before the fight about a possible move up to junior middleweight for a major fight.

"Next step? Go back and talk to my manager -- my wife [Monica] -- and see," Bradley said. "Like I said, I thought I won the fight clearly but the judges say otherwise, and there's nothing I can do about that.

"Everything is a possibility. I'll go back to the drawing board and talk it over with my coaches. I wasn't tired in the fight, just felt a little flat in spots. I'll get better."

The more relevant question is, will the scoring? 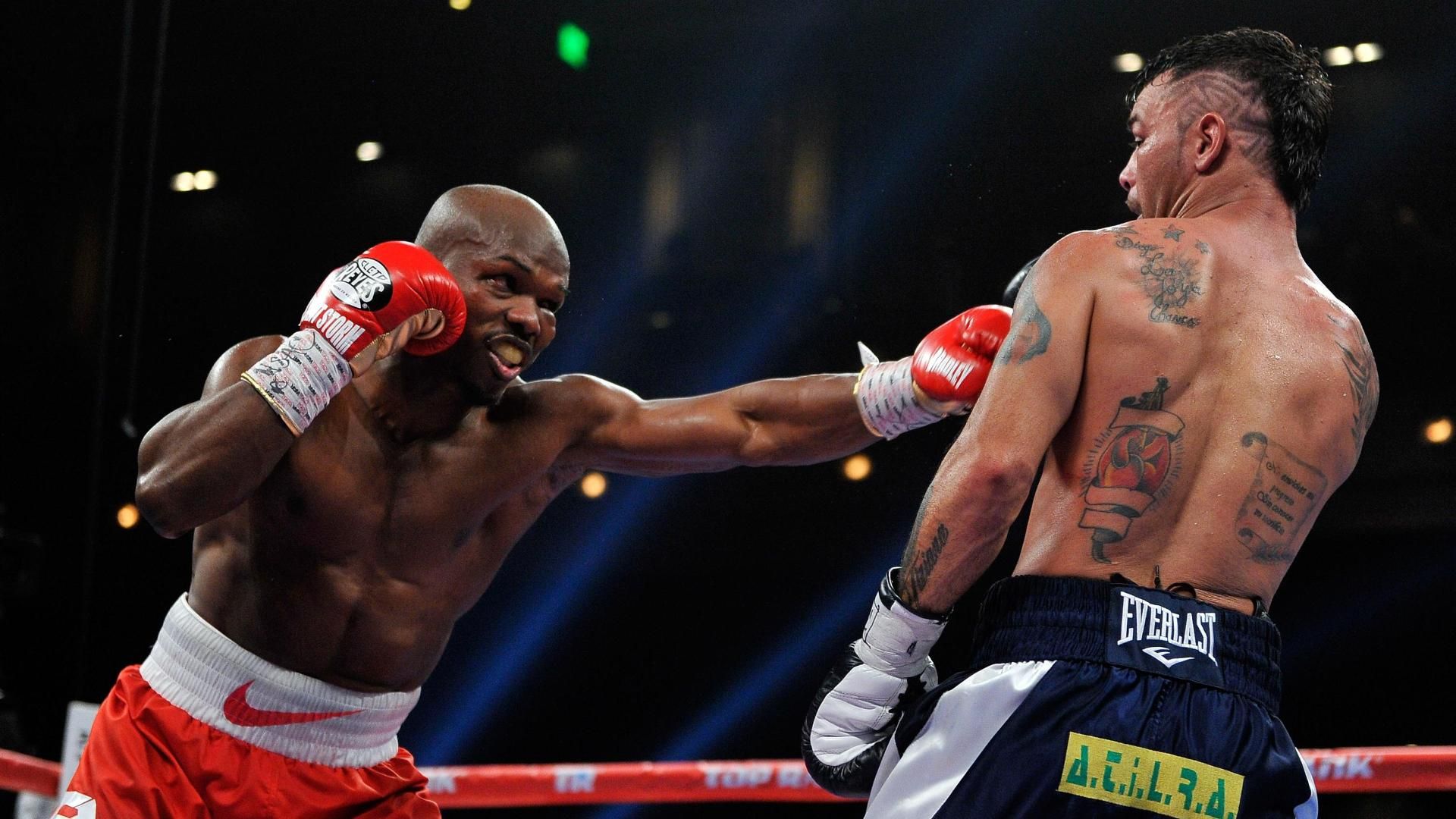