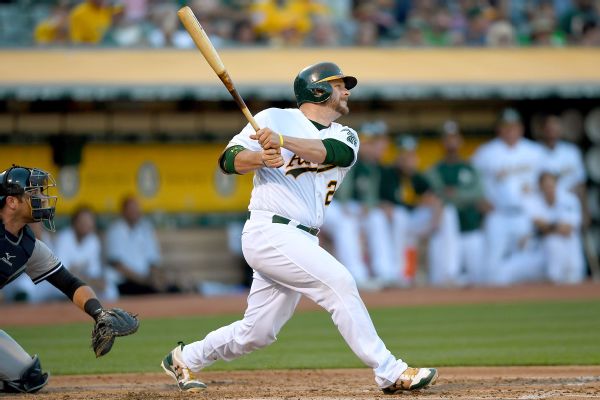 The first-place Milwaukee Brewers added a veteran bat Sunday when they claimed catcher Stephen Vogt off waivers from the Oakland Athletics, the team announced.

The A's designated Vogt for assignment on Thursday. He is signed to a one-year, $2.965 million contract this season.

Vogt has played primarily at catcher in the big leagues, but he also logged some time at first base, designated hitter and the outfield in Oakland.