Bruce Maxwell kneels during first national anthem away from Oakland 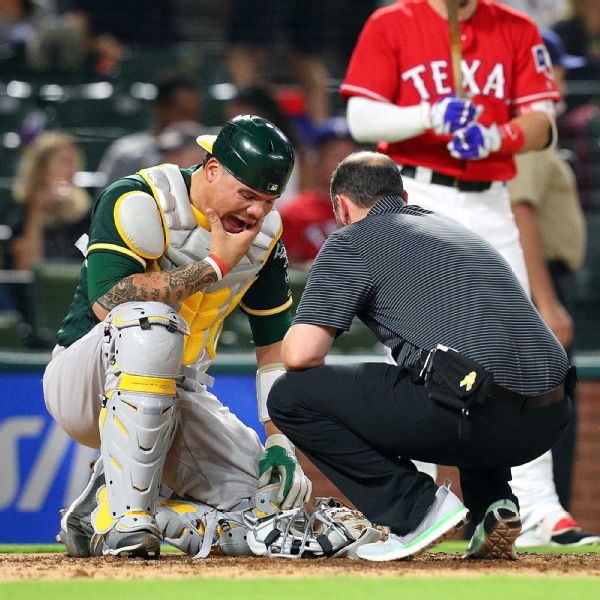 Maxwell has been the only Major League Baseball player to take to a knee, mirroring protests by NFL players against racial injustice. He was booed by a portion of the crowd before and after the national anthem.

It was the first time Maxwell has taken a knee on the field in an opposing ballpark. He took a knee during the anthem on Thursday in Arlington, but he was warming up starting pitcher Sean Manaea in the bullpen and was out of view from most television cameras and fans.

Maxwell wasn't in the lineup Friday, and he took a knee alongside his standing teammates in front of the A's dugout. After the anthem was complete he rose and received a hug from Oakland outfielder Mark Canha.