Cardinals SS Jhonny Peralta has surgery, out until midseason 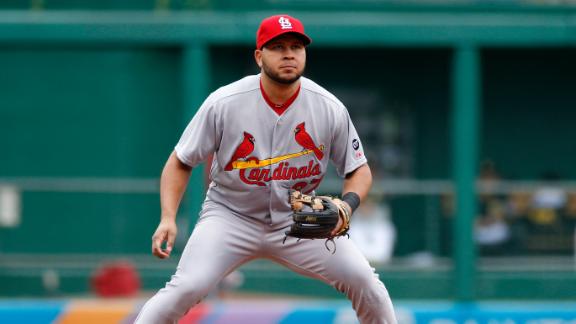 Peralta got a second opinion in St. Louis on Wednesday, and Dr. Charles Goldfarb confirmed the opinion of team physicians and recommended surgery. Peralta will be in a cast for four to six weeks before beginning a rehab process that will take at least an additional month.

The team is prepared to be without the three-time All-Star until June at the earliest.

Mozeliak said general managers of other teams have already begun calling him since word of Peralta's injury broke early this week, but he hasn't placed a single call on available shortstops. Mozeliak characterized those calls as "ambulance chasing," and said teams have discussed the availability of utility players as well as high-priced veteran shortstops.

"Everyone's sort of pounding on, 'What are we going to do?' I think I'd like to see what we have first and then determine what's next," Mozeliak said. "Obviously, our goal is to be competitive this year, and if we feel we need to go outside the organization to improve on those odds, then we will. Right now, I don't think that's something we feel we have to do at all."

Peralta, 33, played in 155 games last season, batting .275 with 17 home runs and 71 RBIs. He injured his thumb while fielding a ground ball Saturday. He played in just two games this spring.