Carlisle: 'A lot of credit to Rondo' 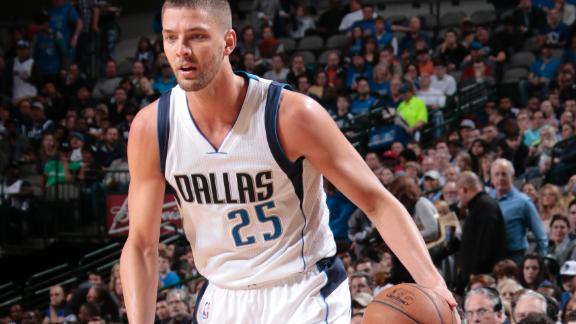 That's particularly notable because a power struggle for play-calling responsibilities was the root of heated, profane disputes between the coach and point guard during and after a Feb. 24 win over the Toronto Raptors, leading to Rondo's one-game suspension for conduct detrimental to the team.

Carlisle said Rondo, a four-time All-Star acquired in a Dec. 18 blockbuster deal with the Boston Celtics, now handles "as much as he can" of the play-calling duties.

"He's really developed a good sense for our team -- when to just push it, when to get into something," Carlisle said. "He really understands the guys that he's playing with."

Rondo had been attempting behind the scenes to get more leeway to call plays before his blowup with Carlisle, which occurred after the point guard ignored a play call from the bench, prompting the coach to call a timeout and shout across the floor at Rondo. They both later attributed the disagreement to poor communication.

Rondo said he has been gradually given more responsibility to call plays since returning from his suspension and felt especially comfortable in the role Friday night, when he guided the Mavs to their highest-scoring outing of his stint with the team.

"The trust is becoming more and more better between Coach and I," Rondo said. "It's tough to give a guy the keys to the car when he first gets there.

"Tonight, we were on the same page a lot. We talked before the game, as far as the play calling that we wanted to stick with. We were very locked in this morning during the shootaround, and it carried over into the game."

Carlisle had a similar power struggle, minus the public fireworks, with point guard Jason Kidd during their first season working together in Dallas. Carlisle relinquished most of the play-calling responsibilities to Kidd midway through the 2008-09 season, and they won a title together two seasons later.

Rondo's numbers in the win over the Clippers -- four points on 2-of-5 shooting and seven assists in 22 minutes -- weren't remarkable, but it was an offensive masterpiece for the Mavs, who were 5-6 after the All-Star break entering the night and hadn't scored 100 points in any of the losses.

Dallas shot 60.7 percent from the floor and 57.1 percent from 3-point range as seven players scored in double figures, led by small forward Chandler Parsons with 22 points and reserve forward Charlie Villanueva with 19.

"I think this is the best I've been since I've been here as far as the play calling," said Rondo, who believes one of the biggest adjustments the Mavs have had to make since his arrival is teammates getting used to expecting the ball at all times, even if it requires an unorthodox pass from him. "Charlie got hot. CP got hot. I knew the right plays to call to get guys shots and not necessarily the same play call every time down the floor, because teams obviously load up on the same plays that you run. I was able to give different play-calling signals and give those guys those looks."

Added Carlisle: "The ball moved tonight. I give a lot of credit to Rondo tonight. He just kept finding the right people. His play calls were on point."