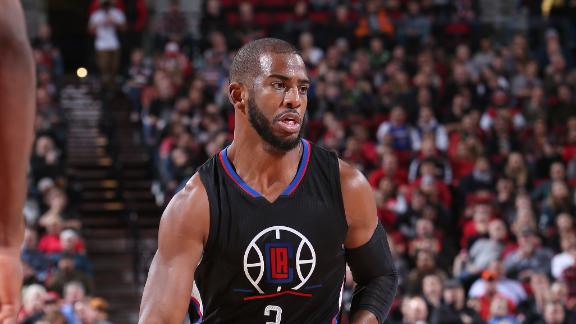 A "clerical error" cost the Trail Blazers their second-leading scorer, guardC.J. McCollum, for Wednesday's game against the Los Angeles Clippers, which Portland lost 109-98.

The Blazers accidentally submitted a roster with McCollum on the inactive list instead of teammate Luis Montero, whose name appears next to McCollum's alphabetically on the sheet teams must submit before the game. For Portland, which has 15 players on its roster, the sheet lists 13 active players and two deemed inactive.

The Blazers' public relations team described the mistake as a "clerical error."

"I signed the paper without really noticing it, but it's my fault for not looking at it," Stotts said. "Although we caught the error, we thought we'd caught it in time, apparently we did not, so C.J. was ruled inactive, and that's that.''

McCollum said he was putting the issue behind.

"It's unfortunate, but it's over with," he said. "Just moving on to the next game."

Had the Blazers attempted to play McCollum, they would have been assessed a technical foul and he would not have been allowed to play. In 2007, the then-Charlotte Bobcats were penalized for playing Jeff McInnis,who was ineligible. The same happened to theWashington Wizardsin 2010, when they played Roger Mason.

The Clippers mistakenly left Danny Granger off the active list in a March 2014 game against the Pelicans, and he had to sit.

"We've made that error twice in the last two years," Clippers coach Doc Rivers said. "One we had just signed a guy right before the game."

"There should be no 'active list,'" he said. "I've been fighting this for three years. If someone can explain to me why there is an active list, I'd love to hear it. We can't get it changed, and as coaches it's tough."

After beginning the game in uniform on the bench, McCollum changed into street clothes during the second quarter. McCollum, who averages 21.0 points per game and entered Wednesday sixth in the NBA with 89 3-pointers, was replaced in the starting lineup by Allen Crabbe, who finished with 11 points on the night.