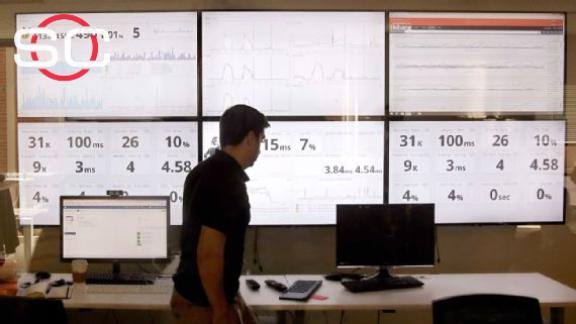 A class action lawsuit was filed in federal court in Manhattan on Thursday accusing DraftKings and FanDuel of negligence, fraud and false advertising.

The case was brought by Adam Johnson of Kentucky, who says he deposited $100 into a DraftKings account.

The suit claims that daily fantasy games put forth by the two companies are misrepresented as fair. That case is made mainly through the recently revealed policies of the two companies that allowed employees to enter contests on the other's site for cash prizes, along with the rest of the population.

"DraftKings performs analytics to determine winning strategies, return on investment of certain strategies and even how lineups on FanDuel would do if they were entered into DraftKings contests," the suit alleges.

With these strategies potentially available to some employees, those employees could have a potential advantage by playing on a competitor's site.

FanDuel spokesperson Justine Sacco told ESPN.com earlier in the week that DraftKings employees have won 0.3 percent of the money FanDuel has awarded in its entire history. With a ballpark figure of $2 billion awarded so far, that's around $6 million. It is not known how much those DraftKings employees spent on entry fees.

DraftKings co-founder Paul Liberman said at a conference last month at Babson College that some of the company's employees made more off other fantasy sites than their salaries at DraftKings.

Representatives from both DraftKings and FanDuel said their companies would have no comment on the litigation.

The suit names DraftKings and FanDuel as defendants. The suggested class is specified as only people who put money in a DraftKings account before Oct. 6 and competed in a contest where employees of other daily fantasy companies participated.

Both sites said this week they would permanently ban the practice of employees competing on the competitor's site, or any other daily fantasy site.

This came after a DraftKings employee's posting of player roster percentages and his subsequent $350,000 take in a FanDuel contest raised questions about inside information.

One prevailing thought is that if a person had access to how many people selected certain players on rosters before those rosters were locked, they would have an edge. This is because top prizes are often won by individuals with a player who appears on fewer rosters but comes through with a big game.

DraftKings said its own investigation of that employee, Ethan Haskell, found that Haskell didn't have access to advantageous information before he entered his lineup on FanDuel that week.

While there is concern from the public, thus far neither company has said it has found any employee who had access to information that specifically provided him or her an advantage in a contest.

Both FanDuel and DraftKings also announced this week the hiring of third-party consultants to look into potential impropriety and review practices within the companies.