Coaches, trainers and Kyle Lowry: What we think we know in a 1-1 Finals 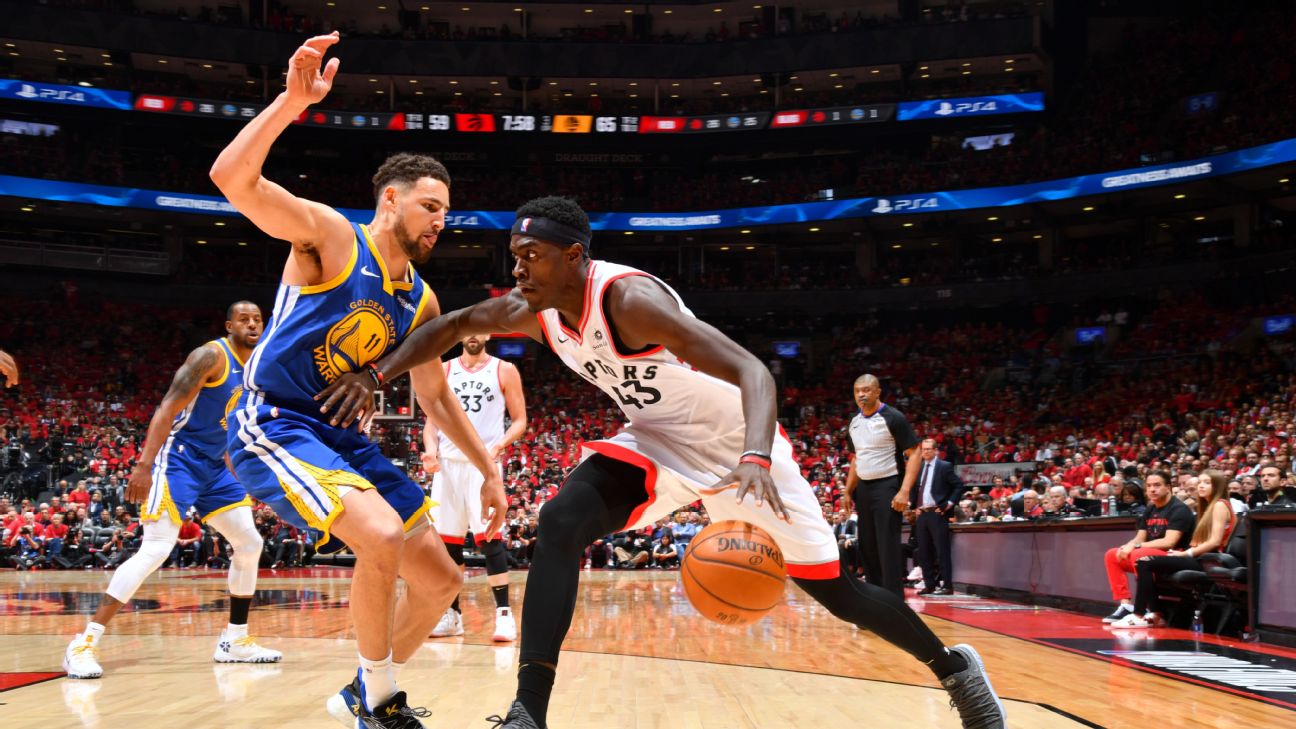 TORONTO -- The 2019 NBA Finals have twisted into a series of developing dramas, nuanced tugs of war and a seemingly constant transition from heroes to goats -- and goats to heroes.

Pascal Siakam announced his presence on the NBA's biggest stage, then not 72 hours later, the Golden State Warriors responded with their patented third-quarter devastation that was dormant in the opener.

With the series tied 1-1 following the Warriors' come-from-behind 109-104 victory over the Toronto Raptors, here are the main factors to watch heading into Game 3 on Wednesday in Oakland.

Steve Kerr and Nick Nurse are working hard trying to surprise each other. In Game 1, Kerr threw a defensive scheme Nurse had never seen the Warriors use, a gimmick defense aimed at Kawhi Leonard. Called the "switch-then-blitz," the Warriors tried to bait Leonard and the Raptors into one read, only to flip into another scheme, trapping Leonard when he wasn't prepared.

In Game 2, Kerr made a gutsy decision to start DeMarcus Cousins after he'd played just eight up-and-down Game 1 minutes after sitting out six weeks because of an injury. Cousins picked up two fouls in the game's first four minutes and wasn't effective in his first shift. But Kerr stuck with the game plan and was rewarded for it. Cousins capped a fantastic all-around game with 11 points, 10 rebounds, six assists and two blocks and amassed a plus-12 on the floor, tied for the team high.

"We came in thinking, all right, he can maybe play 20 minutes, and he gave us almost 28," Kerr said. "He was fantastic, and we needed everything he gave out there -- his rebounding, his toughness, his physical presence, getting the ball in the paint and just playing big, like he does. We needed all of that."

Meanwhile, Nurse played only eight players in Game 2 and rode Fred VanVleet 38 minutes off the bench, using him in lineups with Kyle Lowry for a smallish backcourt. Nurse was able to slowStephen Curry with his own gimmick defense.

After Curry posted 23 points through three quarters, Nurse pulled out a box-and-one when the Warriors point guard came back in the fourth, relying on VanVleet to chase Curry around with the rest of the team zoning up behind him. It was easier to do with Klay Thompson sidelined, and it maximized VanVleet, who has proven to be one of the most effective players in the league at hounding Curry.

Curry went scoreless in the fourth and finished with his fewest points (23) in the past eight games.

Alarms sounded within league circles last summer when the Warriors turned over their training staff for the third time in four seasons. They brought in four people, including new director of sports medicine Rick Celebrini, who had been with Vancouver Whitecaps FC of Major League Soccer.

Over the past few weeks, Celebrini and his staff have been playing a vital role behind the scenes. They've been monitoring DeMarcus Cousins' and Kevin Durant's recoveries from injuries, getting Cousins back ahead of schedule, while taking care of a hobbled Andre Iguodala.

Iguodala is getting heavy treatment on a left leg injury that has been bothering him for weeks and has required two MRIs. Yet there he was, playing 28 minutes and hitting the game-clinching 3-pointer on Sunday.

"You go play," Iguodala said. "Not saying it's smart, but you only have about a week left to gut it out and see if you can help the team."

On Sunday, Celebrini had to administer in-game treatment to Curry, who was under the weather, giving him medication and gels on the bench. After Curry missed his first six shots, he went to the locker room with Celebrini. Upon his return, Curry came back in and scored 12 points to help reduce Toronto's lead from 12 to five at the half.

The trainers will spend the next two days caring for Thompson, who pulled his hamstring Sunday, in addition to trying to get Durant back. Thompson's status will be of huge importance heading into Game 3.

Golden State's preference is to play small. Call it the Hamptons 5 or the death lineup, but it means putting Draymond Green at center and switching on pick-and-rolls to create a flexible defense that spreads the floor with shooting on offense.

That has become next to impossible with their injury list, which now includes backup center Kevon Looney, who missed the second half with a shoulder injury. In response, Kerr has gone old-school, using traditional bigs Cousins and Andrew Bogut as centers while keeping Green at power forward.

Doing so has hurt the Warriors' ability to trap Leonard because the Raptors have put the big men in pick-and-rolls with Leonard as the ball handler. The big men have no choice but to back up and allow more room. Leonard was more effective in Game 2 because of it, as he scored 34 points after posting 23 in Game 1.

But the side effect is this: It has given the Warriors great size around the rim, which has bothered the Raptors. Toronto has smaller guards, Lowry and VanVleet, who often struggle to score against size at the rim. It also can bother Siakam, who can be pushed around inside.

Over the years, Lowry's playoff yo-yoing has been a source of stress for himself and Raptors fans. With the arrival of Leonard and the emergence of Siakam, Lowry's scoring has become less important in playoff games. He has shown leadership and an ability to make plays elsewhere, and he has become elite at drawing charges. He has taken 16 in these playoffs, more than twice as many as anyone else in the league.

That said, Lowry's play the first two games simply hasn't been what the Raptors need. He shot 2-of-9 in Game 1, which was covered by his teammates' strong shooting performance. He was 4-of-11 in Game 2 and fouled out in 27 minutes.

For the second time this postseason, he wasn't there for the game's most important minutes, which forced Nurse to alter his rotation at a delicate time. Lowry has been in foul trouble regularly the past two rounds, something Toronto simply cannot afford.

Lowry wasn't thrilled with several of the calls Sunday, but his sixth foul, with just under four minutes left, came on an unnecessary gamble in the backcourt.

"A couple of them I didn't think I fouled," Lowry said. "At the end of the day, I just have to put myself in a better position not to foul." 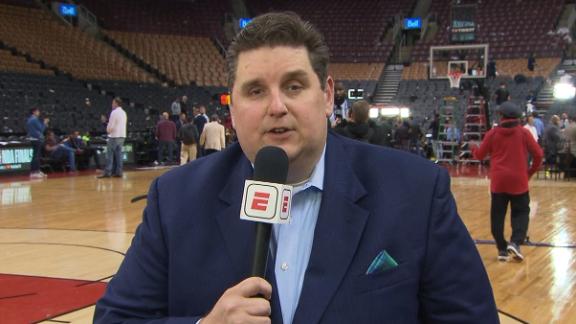