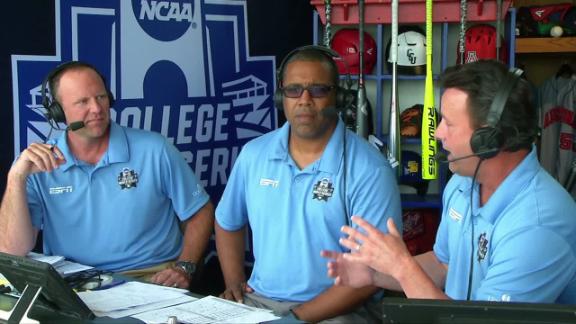 Until this week, he never imagined the Chanticleers would do so much more: They're heading back to Conway, South Carolina, with the school's first national championship in any sport.

The Chanticleers defeated Arizona 4-3 in the deciding Game 3 of the College World Series finals on Thursday, capitalizing on two errors on the same play to score four unearned runs in the sixth inning of a game delayed a day by bad weather.

It was worth the wait.

"Whenever I die, I'll know this group of guys here, they willed themselves to be the national champion," Gilmore said. "It was just meant to be, no doubt. If there is such a thing as a team of destiny, this group is it."

Coastal Carolina (55-18) became the first team since Minnesota in 1956 to win the title in its first CWS appearance. Arizona (49-24) was trying for its second national title since 2012 but came up just short in a season in which it was picked to finish ninth in the Pac-12.

"Amazing season, and they're a deserving champion," first-year coach Jay Johnson said of the Chanticleers. "We played as good as we possibly could this year, and they're the best team we've played, in my opinion."

Andrew Beckwith (15-1), the national leader in wins, went 5 2/3 innings after pitching two complete games and picked up his third victory of the CWS. He was named the Most Outstanding Player.

"He's been coaching for 21 years, and he deserves every bit of it," Beckwith said of Gilmore. "We got him to Omaha and we got him a national championship. The senior class, the hard work in the fall, the dedication of the guys who don't play much. It doesn't go unnoticed. It was a full team effort the whole College World Series, and we got it done."

Alex Cunningham earned his first save, striking out Ryan Haug with a full-count fastball to end the game after Arizona had pulled within one in the bottom of the ninth. When Haug swung and missed, Cunningham turned to his dugout, beat his chest with his fist three times and saluted before flipping his glove away to start the celebration.

"The running joke is that in high school I lost the state championship three times in a row. I was not going to lose this one, I promise you that," Cunningham said.

The championship was the first in a team sport in the 33-year history of the Big South Conference. The Big South could savor the accomplishment for only about eight hours. The Chanticleers become members of the Sun Belt Conference on Friday.

"This program has been a lot better than people give it credit for," Gilmore said. "They thought we played in a small conference and couldn't get this done. This bunch wanted to prove everybody wrong."

Arizona, which came into the day with just two errors in seven CWS games, saw second baseman Cody Ramer commit two on the same play in the sixth inning. He couldn't get a handle on a grounder, allowing David Parrett to score from third. Then Ramer tried to get Michael Paez running from second to third, but he overthrew Kyle Lewis. That allowed Paez to come home. G.K. Young then launched a no-doubt homer into the seats above the right-field bullpen for a 4-0 lead.

"It's the best feeling of my life," Young said. "I'm trying not to cry right now. Just dreaming of that in my head since I was 10 years old, hitting a home run in the College World Series. I never would have thought it would come in the championship game."

The Wildcats cut the lead in half with two unearned runs in the bottom half of the sixth against a tiring Beckwith. Arizona's Bobby Dalbec (11-6) worked 5 2/3 innings, striking out eight to increase his CWS total to 26 in 20 2/3 innings.

Arizona's first two batters in the bottom of the ninth reached base against Cunningham, and Gibbons' sacrifice fly made it a one-run game with two outs. Ryan Aguilar then doubled into the left-field corner, but Ramer was held at third because Anthony Marks was able to get the ball back to the infield so quickly.

"That's the play of the season in college baseball," Johnson said. "We play aggressively, but Cody would have been out by 100 feet -- and I know it's only 90 feet. I can't believe the play that was made."

Arizona catcher Cesar Salazar left the game at the end of the seventh inning after getting hit on the top of his head by Paez's bat on a swing-and-miss strike three. Salazar briefly lay face down and was tended to by an athletic trainer. He walked off under his own power and was replaced by Haug.

COME ONE, COME ALL

Because of the noon start on a weekday -- caused by the rain-and-lightning postponement Wednesday night -- people attending the U.S. Olympic swim trials across the street at CenturyLink Center were admitted for free to the outfield seats. The game drew 18,823, raising tournament attendance to 341,667, the third-highest all-time.

The celebration of Coastal Carolina's first national championship in any team sport gets underway in Conway. The Wildcats return to Tucson to regroup after a season of low expectations ended with them playing for the title. 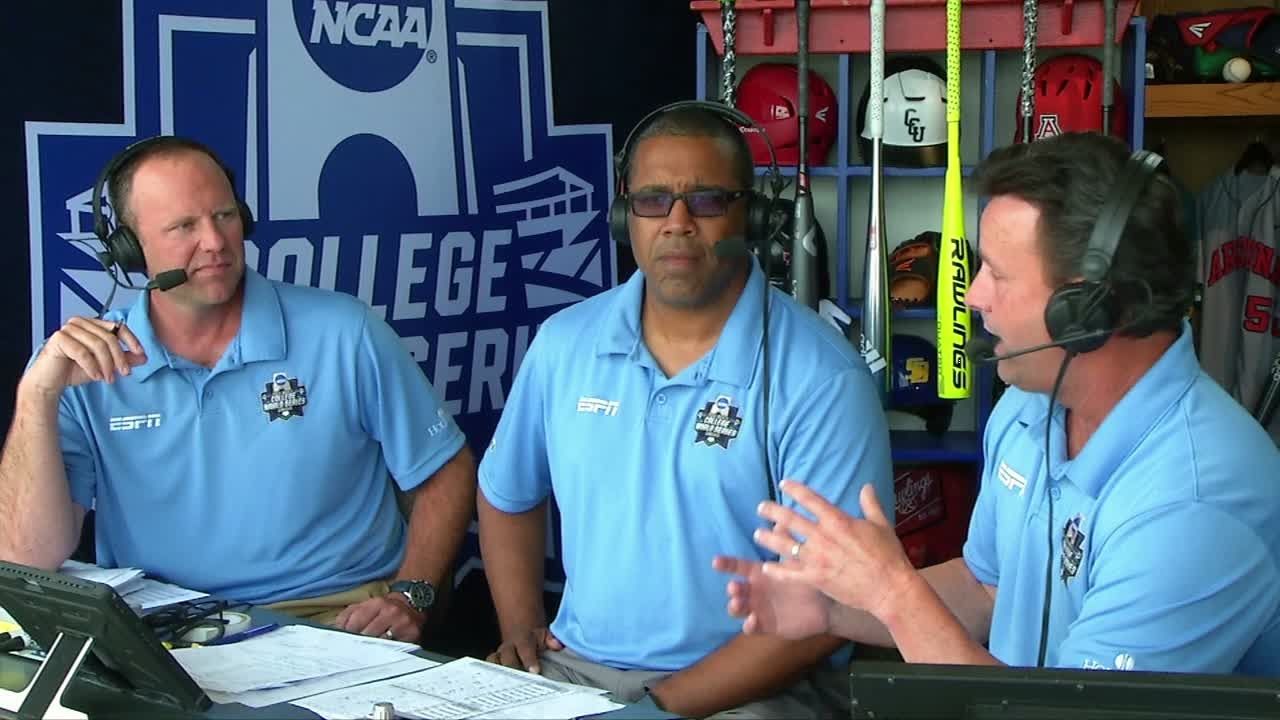