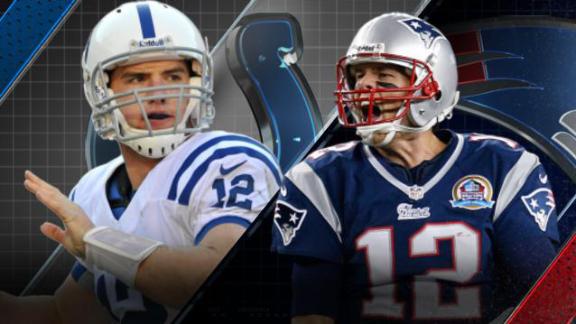 FOXBOROUGH, Mass. -- The Indianapolis Colts are further distancing themselves from running back Trent Richardson.

Richardson did not travel with the team for Sunday night's AFC Championship Game at New England due to personal reasons, the Colts announced Saturday. The team did not give any additional information on why Richardson did not make the trip.

Richardson not traveling is another chapter in what's been a major disappointing 16 months with the Colts for the former No. 3 overall pick.

After being inactive for the divisional playoff game at Denver on Jan. 11, Richardson said he was preparing as if he would start against the Patriots.

"[Being inactive] will never happen to me again," Richardson said Thursday. "Anybody can quote me, today, because it's never going to happen again."

The Colts gave the Cleveland Browns a first-round pick for Richardson in September 2013.

Richardson lost his starting job to Donald Brown late in the 2013 season. He regained it this season, but lost it toDaniel "Boom" Herronin Week 16, and Richardson was the third running back behind Herron and Zurlon Tipton in the Jan. 4 wild-card game against Cincinnati. Richardson only played one snap against the Bengals.

Richardson has yet to rush for 100 yards in a game and only has totaled 977 yards in 29 games with the Colts.

Backup offensive lineman Xavier Nixon has also been ruled out of Sunday's title game after missing the team plane, the Colts announced.

Inside Edge: Colts-Patriots
ESPN NFL Insider Mike Sando delivers some stats to help you make a pick for the AFC Championship Game.