KTRK
JUPITER, Florida -- Police have released dashcam video prior to Tiger Woods being arrested on a DUI charge Monday in Jupiter, Fla.

In the video, Woods can been seen walking slow as an officer put him through a field sobriety test.

Jupiter police noticed his Mercedes pulled awkwardly to the side of the road with the engine running, the brake lights on and a right turn signal blinking. Both tires on the left side of the car were flat, and police described fresh damage to the driver's side.

Inside the car, Woods was sound asleep at the wheel. Police said in incident reports that his speech was slurred and he didn't know where he was. He was unable to tie his shoes and failed a sobriety test. A breath test registered 0.0 for alcohol, corroborating what Woods said in a statement issued Monday evening.

"I want the public to know that alcohol was not involved," Woods said. "What happened was an unexpected reaction to prescribed medications. I didn't realize the mix of medications had affected me so strongly."

He was arrested and briefly jailed on suspicion of driving under the influence. He also agreed to a urine test.

It's the first time Woods ran into trouble off the golf course since he plowed his SUV into a tree and a fire hydrant outside his Windermere, Florida, home in the early morning after Thanksgiving in 2009, which led to revelations that he had multiple extramarital affairs. He eventually was cited for careless driving and fined $164.

Woods will be arraigned July 5 in Palm Beach County court on the DUI charge. 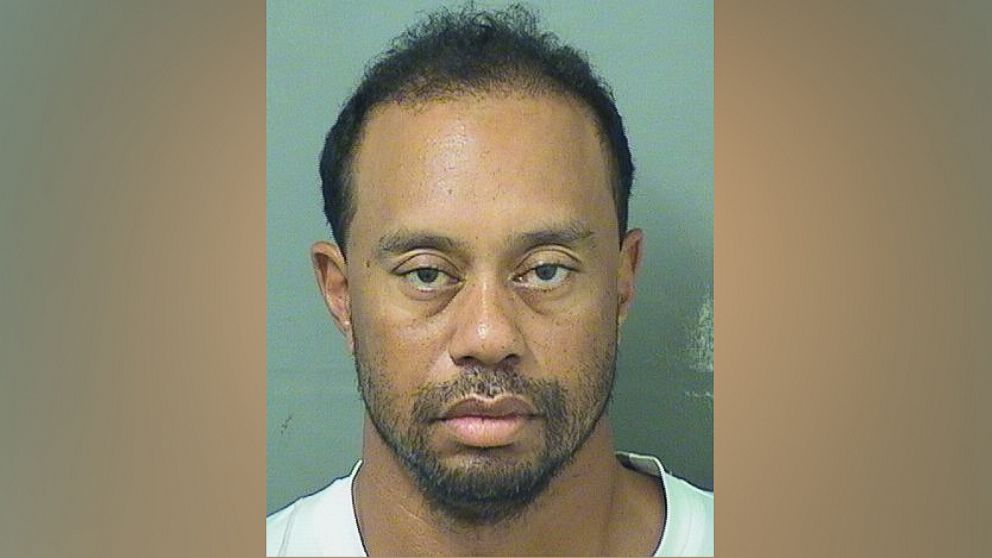