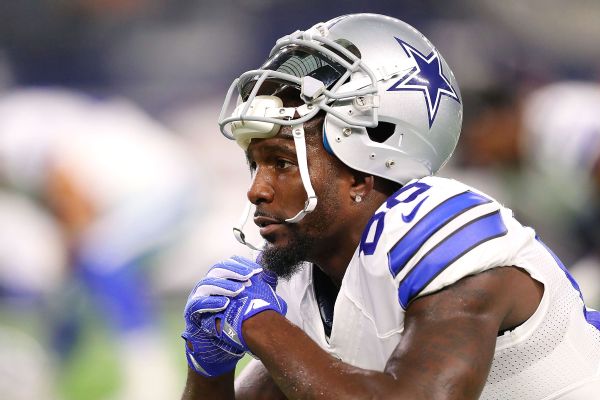 FRISCO, Texas -- Dez Bryant is one of the best wide receivers in the NFL. His chef skills need some work.

Bryant said he cut the middle and ring fingers on his right hand while cutting carrots for some soup, but he called it "extremely, extremely minor."

Bryant was on the practice field Wednesday for the Cowboys' lone practice of the bye week, but he did not catch any passes.

He has missed the past three games with a tibial plateau fracture in his right leg but has already said he would play when the Cowboys return to action Oct. 30 against the Philadelphia Eagles. Bryant had hoped to play last week against the Green Bay Packers, but he was held out in hopes of him being closer to 100 percent.

In the portion of practice open to the media, Bryant looked his quickest and fastest since suffering the injury Sept. 25.

"He's got a cut on the inside of his hand, so he wasn't able to catch balls today," coach Jason Garrett said. "He did a good job moving around, though. I think he's feeling better and better and better."

Might the team need to hire Bryant a chef?

"Yeah," Garrett said with a smile, "we've got to address that somehow."