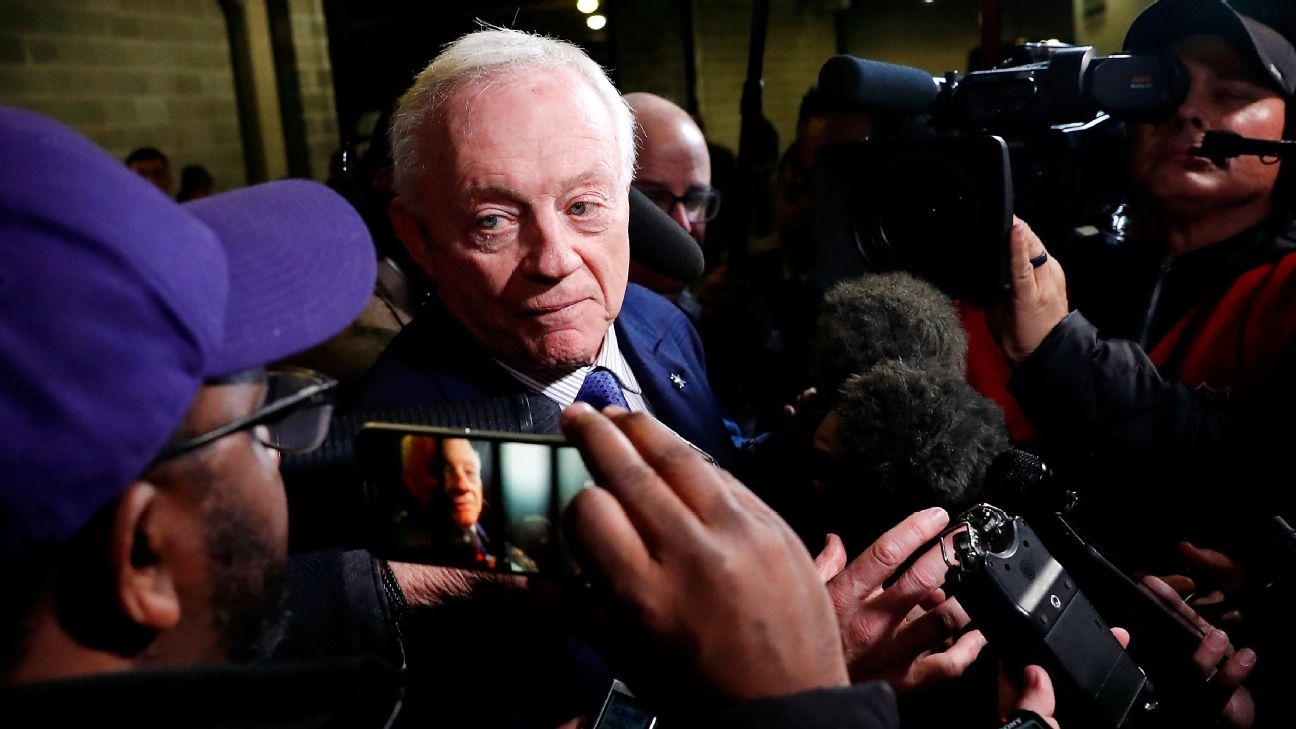 Dez Bryant defended Jerry Jones this week after questioning his absence at a protest in Austin, Texas, while Richard Sherman spoke out against the Dallas Cowboys owner's silence on racial injustice in the United States.

On Sunday, Bryant, who attended the march in Austin, the capital of Texas, tweeted: "Somebody should have brought Jerry Jones, Stephen Jones and Jason Witten to this protest down in Austin. This is not a policy change; this is a heart change. And yeah, I said it.''


The former Cowboys wide receiver clarified Monday that his tweet wasn't meant to insinuate that Jerry Jones was racist, telling Sports Illustrated: "I know Jerry's heart -- he's a compassionate person, and he's not a racist.''

Sherman, meanwhile, commented about Jones when discussing NFL owners largely being silent on racial injustice. His comments to the San Francisco Chronicle also came on Monday and were published in a story by the newspaper Tuesday. In the interview with the newspaper, Sherman said he was largely encouraged by the discussions on race that he is seeing from his team, the San Francisco 49ers, and applauded commissioner Roger Goodell's recent video in which he said he stood with the players but pointed out the silence from owners on the issues.

"It's not pulling them like it is the rest of the country," the veteran cornerback told the newspaper. "Because if it was, then they'd speak. Jerry Jones, especially, has no problem speaking up any other time about anything else. But when it's such a serious issue, and he could really make a huge impact on it with a few words, his silence speaks volumes."

The Cowboys released a video on social media against racial injustice, but Jerry Jones has not personally addressed the issue.

ESPN has reached out to the Cowboys for a response to Sherman's comments.

Bryant said he learned a lot about business from Jones, who is also the Cowboys' general manager, but believes it's time for Jones to learn about the social injustice issues that have resulted in protests across the country following the death of George Floyd in Minneapolis while in police custody.

"I have love for Mr. Jones. Almost everything I know about business -- and of course I'm still learning -- I learned from him," Bryant told SI. "But I believe this is a time, right now, where Mr. Jones could learn some things too. To learn about the culture."


NFL players, led by Colin Kaepernick, have protested against racial injustice by kneeling during the national anthem. Jones has been vocal that he won't tolerate any of his players kneeling because he believes it is disrespectful to the American flag. He did, however, kneel with his team before the anthem and then linked arms with them during the anthem before a game in 2017.

The issue of protesting during the national anthem has come to the forefront again after the comments from New Orleans Saints quarterback Drew Brees to Yahoo Finance that he believes kneeling during the anthem was disrespectful to the flag and the military. Brees later apologized and stood by his apology in a response to President Donald Trump, who questioned why the quarterback backed off his initial comments.

Sherman called out Brees after his initial comments but told the Chronicle that he accepts his apology.

As for the others singled out in Bryant's tweet, Witten, his former teammate with the Cowboys who is now with the Las Vegas Raiders, tweeted a response Monday.

The veteran tight end wrote: "Dez - When I saw your tweet, I tried to call you. I don't know what you're feeling, but I do know what I stand for and believe in. I believe it's time for change. I believe we must all listen. I believe together is the way. Let's unite and impact change together. Much Love."


Bryant told Sports Illustrated that he has a great relationship with Witten, but he "singled him out because he's a leader who can learn." He told SI that he planned to call Witten on Monday.

Witten has been in Las Vegas for less than a week, but on Tuesday, the 11-time Pro Bowl tight end met with members of the city's police, pastors and business leaders to address ways to improve relations amid unrest since Floyd's death.

Responding to Bryant's tweet, Witten said he wanted to be a catalyst for change as protests took place across the country. Witten's former Cowboys teammate DeMarco Murray has a brother who is a Las Vegas police officer and took to social media Tuesday night to thank Witten.

"Appreciate you taking the initiative to help bridge us together like you always have!" Murray wrote. "Since I met you over 10 years ago, you've been a great voice and leader in the community of all backgrounds. That's what makes you great. On behalf of my hometown [Las Vegas] WE appreciate and thank you! #TOGETHER #UNITY"

As for Stephen Jones, Jerry's son and the Cowboys' chief operating officer/executive vice president/director of player personnel, Bryant said he included him in his tweet because he has seen others around the league with his responsibilities take part in peaceful protests. 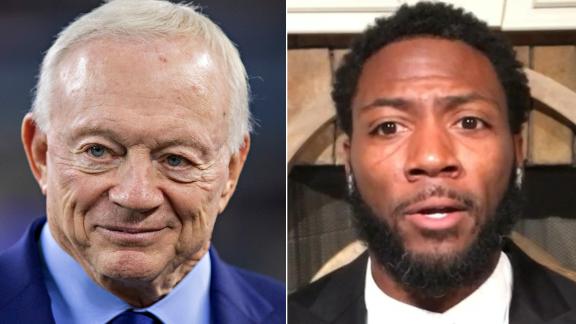