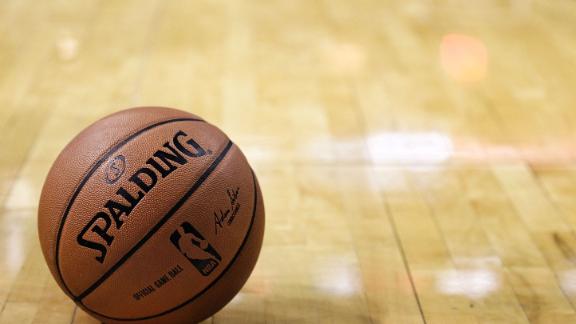 Dirk NowitzkiandLeBron Jamessee no need for the NBA to experiment with the length of games.

The length of the season? Nowitzki and James would be all for shortening it significantly, although they realize that business realities make that extremely unlikely.

"I think you don't need 82 games to determine the best eight in each conference," Nowitzki said Wednesday. "That could be done a lot quicker, but I always understand that it's about money, and every missed game means missed money for both parties, for the league, for the owners, for the players. I understand all that, and that's why I don't think it's going to change anytime soon."

James, speaking before the Cavs hosted a preseason game against theIndiana Pacers, was adamant the length of games isn't what should be at stake. And he said most of his fellow players are in agreement.

"No. It's not the minutes, it's the games," James said. "The minutes doesn't mean anything. We can play 50-minute games if we had to. It's just the games. We all as players think it's too many games. In our season, 82 games is a lot. But it's not the minutes. Taking away minutes from the game is not going to shorten the game at all.

"Once you go out and play on the floor, it don't matter if you play 22 minutes -- like I may be playing tonight -- or you're playing 40 minutes," James added. "Once you play, it takes a toll on your body. So it's not lessening the minutes, I think it's the games."

Nowitzki and James were piggybacking on the point made by Miami Heat coach Erik Spoelstra when asked about the league's experiment with a 44-minute game, which will be played by the Brooklyn Nets and Boston Celtics on Sunday.

"I think if there's some way to find a way to cut out some of the back-to-backs so there aren't 20-plus of them, I think that's the bigger issue, not shaving off four minutes in a particular game," Spoelstra said. "But I'm open to seeing what happens with that.

"I think everybody probably agrees there's too many games in a short period of time."

Nowitzki said he would recommend that regular-season schedules be trimmed from 82 games to the "mid-60s," although he said it's not his place to say. Like Spoelstra, Nowitzki's biggest issue with the current format is the back-to-back games.

"Honestly, I never was a big fan of back-to-backs even when I was 20 years old," said Nowitzki, a 36-year-old entering his 17th NBA season. "I think that you should never have to play at the highest level there is two consecutive nights and flying in between. You obviously make it work. We have the best athletes in the world, we feel, but I think it hurts the product some. Last year, some teams get here for the fourth game in five nights and we've been sitting here on rest and just blow them out.

"I don't think it's good for the product, but I also understand that 82 games is where it's at. It's a business, and everybody's got to live with it."

James said more analysis on the potential impact to the business side seemed to be in order.

"It's something that we definitely will have to sit down and try figure out if that's the case, that may happen," James said. "Obviously I don't know the numbers right off the top of my head, but that would create less revenue. We all know that without even seeing the books that less games, less concession stands and less selling of tickets and all of that.

"But at the end of the day, we want to protect the prize and the prize is the players," James said. "We have to continue to promote the game, and if guys are being injured because there are so many games, we can't promote it at a high level."

Nowitzki sarcastically suggested that eight-minute quarters should be used for all preseason games, but he doesn't want to see the league shorten the length of regular-season and playoff games.

However, Nowitzki would like the league to look at the possibility of allowing fewer timeouts, especially at the end of games.

"It's such a fun, fast game," Nowitzki said. "Then there's one action and they score, OK, there's a timeout and you sit for two minutes. There's another action, they score, tie it up [and another timeout is called].

"There's no other sport where it's interrupted so much at the end. That's something that I would look at. Both teams are like, 'They have another timeout? Are you kidding me?' That's a little much, but other than that, I think the game's great."

Information from ESPN.com's Dave McMenamin and Tom Haberstroh contributed to this report.