ESPN
By Chris Haynes
NEW YORK -- The Knicks elected to go without music for the first half of Sunday's game against Golden State, and the decision did not sit well with Warriors forwardDraymond Green.

"That was pathetic," Green said after his team's 112-105 win. "It was ridiculous. It changed the flow of the game. It changed everything. You get used to playing a certain way. It completely changed it. To me, I think it was completely disrespectful to everyone from [NBA senior VP of entertainment and player marketing] Michael Levine to [Warriors president and COO] Rick Welts and all these people who've done these things to change the game from an entertainment perspective.

[It] gives the game a great vibe. That's complete disrespect. You advance things in the world to make it better. You don't go back to what was bad. It's like, computers can do anything for us. It's like going back to paper. Why would you do that? So it was ridiculous."

Most of the Warriors players didn't particularly like the muted vibe, but Green clearly felt the strongest about the musical absence.

"Did you see that first half?" he asked. "It was just bad, sloppy, all over the place. There was no rhythm to the game. All this stuff makes a difference in a game, believe it or not. You get in a rhythm. ... You turn on music, it just helps you get into a certain area, takes you to a certain place. I don't think they were doing it to, like, throw us off, but it definitely threw the entire game off. They need to trash it. That's exactly what they need to do."

It didn't sit right with Warriors coach Steve Kerr, either.

"It was weird," Kerr said. "It was really weird. You sort of take it for granted because every NBA game, you got all this stuff going on, music in the background. You don't even think about it until it's not there. It felt like church. It was very quiet. It is Sunday, after all. Maybe that's why they chose it. It was strange. I kind of liked it better in the second half. It felt more normal with the music."

Stephen Curry said the scene was so bizarre that players began making beat sounds during layup lines to keep a musical presence.

"It was weird," Curry said. "It was, like, back in middle school warm-up games, where it's just you and the teammates ... [and] there's no music or entertainment whatsoever, so it was definitely different. I read the sign on the scoreboard, and they wanted to see fans enjoying the game in its purest form. That's a great way to put it."

Knicks big manKristaps Porzingisechoed that sentiment, admitting it was "weird" playing with no music in the first half.

"I didn't like it," the Knicks' second-year player said. "It was weird for me. But I guess that's how it was back in the day."

The Knicks announced shortly before the game that there would be no in-game music, video or other entertainment during the first half.

The motivation was to allow fans to "experience the game in its purest form," according to a message posted on the scoreboard.

"Enjoy the sounds of the game," the message read. The team declined to comment further on the decision.

Normally, the Knicks play music during and between possessions of games and feature various forms of in-game entertainment on their video scoreboard. This is custom in all NBA arenas.

"It was kind of weird because that's home-court advantage -- having the crowd involved, having the music going and having that energy behind you," Courtney Lee said.

It was pointed out to Lee that the Knicks led the Warriors by one at halftime.

"Imagine if we had that energy?" Lee said. "You'd rather have that. It gets the fans into the game, it keeps them in tune with what's going on as opposed to it being quiet." 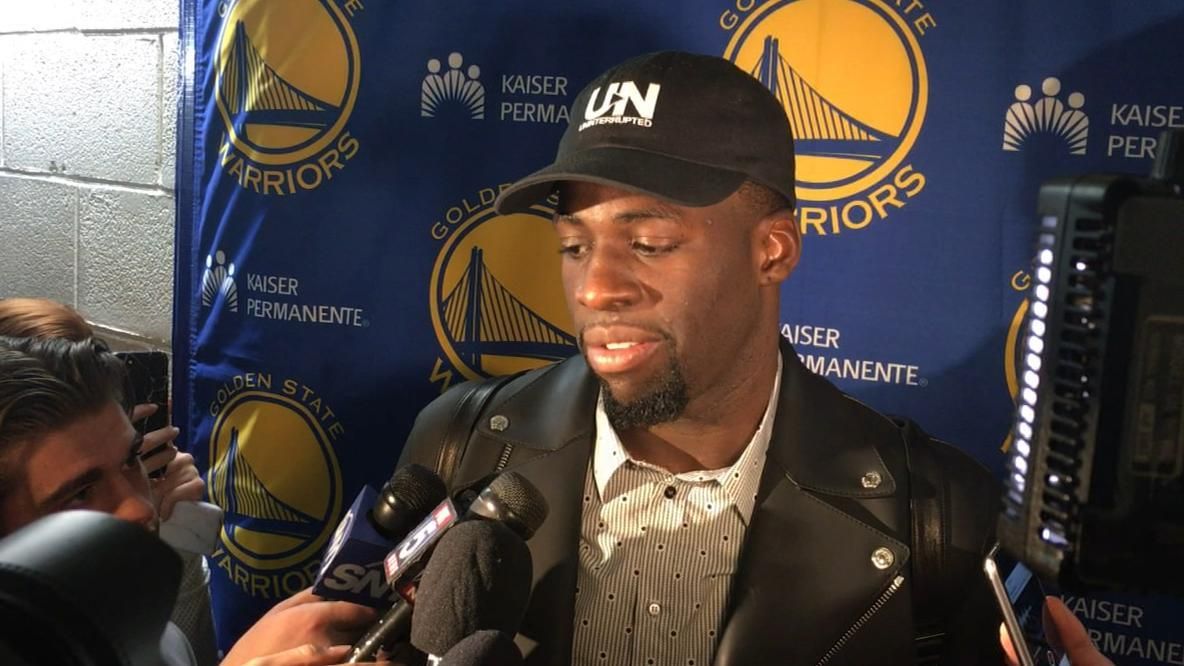