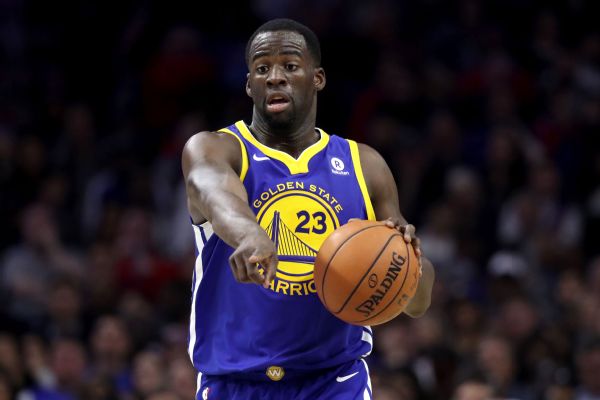 Golden State Warriors power forward Draymond Green, who is nursing a sore right shoulder, did not play in Thursday night's home game against the Dallas Mavericks.

The Warriors won 112-97 despite the absence of the reigning NBA Defensive Player of the Year.

Kevin Durant had 36 points, 11 rebounds and seven assists, while Klay Thompson scored 25 points, making all five of his 3-pointers and shooting 10-for-18 overall as the Warriors pulled away in the third quarter.

After Green did not participate in practice Wednesday, Warriors coach Steve Kerr said the team was just being cautious and that it was not a serious matter.

Green also was held out of Monday's home win over Portland. On the season, he is averaging 10.1 points, 7.2 rebounds and 7.3 rebounds.

The Warriors are dealing with other injuries as well.

Nick Young (concussion protocol) and Zaza Pachulia, who has missed two games with shoulder soreness, also did not play against the Mavericks. Golden State already is without Stephen Curry, who could miss another week with a right ankle sprain.

With Thursday's win, the Warriors have a eight-game winning streak.