Super Bowl 2020: Everything you need to know about buying Super Bowl 54 tickets

In fact, tickets to Super Bowl 2020 are the most expensive in NFL history.

RELATED: Tickets to watch 49ers in Super Bowl selling for thousands of dollars

But, if you're willing to drop a couple of thousand dollars, there are ways to still get tickets to the big game, especially if you are an NFL season ticket holder.

"This will be the first Super Bowl that I've gone to in the seven Super Bowl's that they've been in," San Jose resident and 39-year season ticket holder, Ed Berticevich, said. "I'm going with my younger brother and my really good friend, Drew. It's like a dream come true."

The league itself is in charge of the limited number of tickets provided to each of the 32 teams, including the Kansas City Chiefs and the San Francisco 49ers.

75 percent of the Super Bowl tickets are shared to each team in the league in the following way:

- 5% goes to the Miami Dolphins as the host team

RELATED: Super Bowl 2020: Here's what a trip to watch the 49ers play in Miami would cost

If you thought that you had to win the lottery to go to the Super Bowl, you're actually half right.

The 49ers hold a random drawing for season ticket holders that provides a limited number of them the opportunity to purchase tickets to the Super Bowl at face value.

All season ticket holders opt into the lottery.

They are then given the option to purchase the tickets if they choose.

"I bought the tickets before the lottery even happened because I thought my chances of getting the lottery were nil anyways," Berticevich said. "So I bought my tickets anyways and I was going to go no matter what."

Of course, you can also get tickets through the official partner of the NFL, On Location Experiences.

While tickets are not only expensive, they are also scarce.

Miami's Hard Rock Stadium features lower capacity than last year's Super Bowl in Atlanta and roughly 10,000 fewer seats than the Superdome, the location of the last 49ers appearance in the big game in 2013.

Among the crowd will be Berticevich who says he can't wait for the experience of a lifetime.

"I've been to the World Series, I've seen the Warriors win the NBA Championship three years ago, but the Niners are closest to my heart out of the three teams and I can't wait to get the real ticket in my hand for the Super Bowl that I'm going to in two weeks."

If you can't get yourself a ticket to the big game, but still plan on making a trip to Miami, ABC7 will have you covered with all the events leading up to the Super Bowl on Feb. 2, 2020. 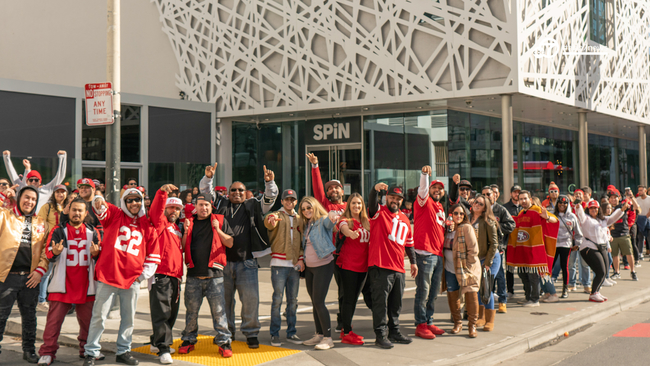