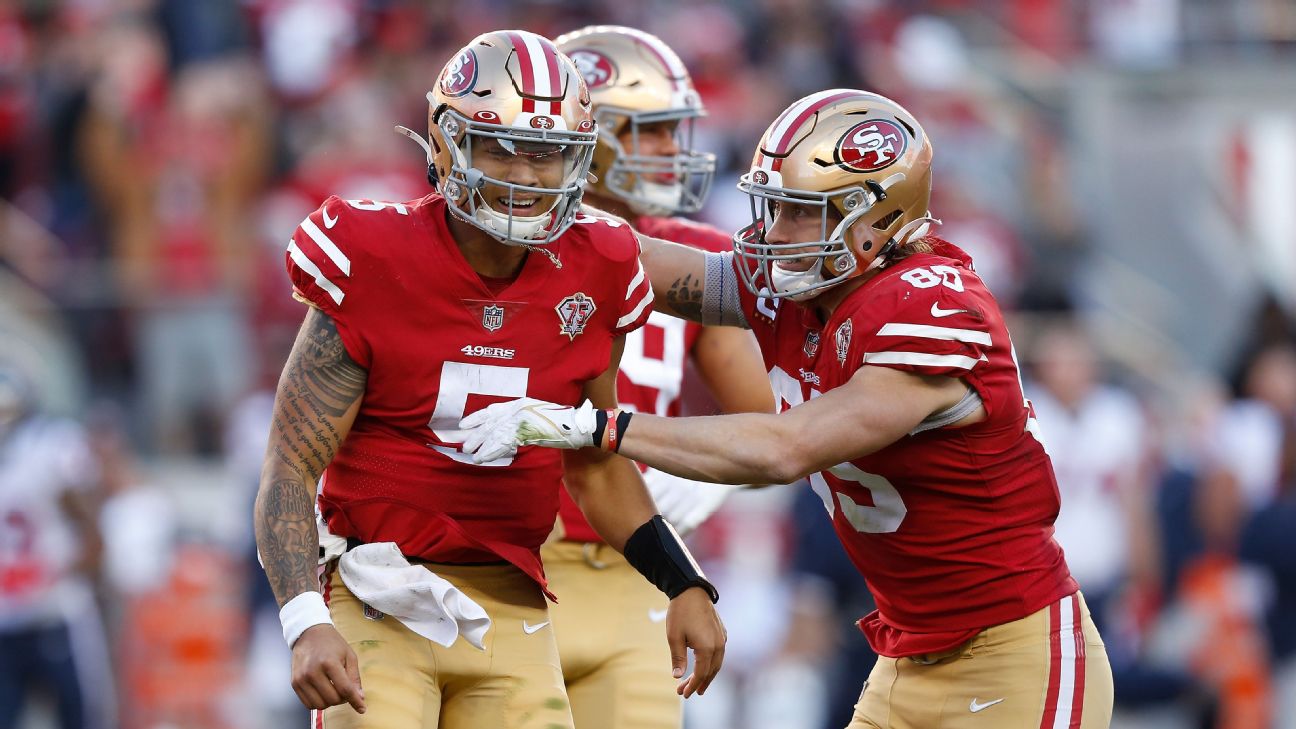 George KittleandMohamed Sanu's appearance on the "I Am Athlete" podcast with Brandon Marshall was chock-full of revelations. While none were quite as amusing as Kittle's night-before-a-game sweet potato fry ritual (more about that later), Marshall did get The People's Tight End to discuss theSan Francisco 49ers' QB situation involvingTrey LanceandJimmy Garoppolo.

During a segment aptly titled "Tea Time," the former NFL wideout prompted Kittle to weigh-in on the all-consuming Niners' debate while sipping a cup of tea asking, "Jimmy or Trey?"


After initially flexing his media training with a noncommittal reply of, "I love all of my quarterbacks," Kittle elaborated: "Trey has an insane ceiling. Just needs some reps here and there. Just gotta throw the ball a little bit more. You can't really get better without playing games.

"How much better were you your rookie season to your third year? Just going against competition. Getting hit and getting back up. Dealing with adversity. How do you deal with it?Guys that come to the NFL and win their entire life and get hit in the face a couple of times, it's different. It's a learning process. Jimmy was a fantastic person for Trey to learn under for sure."

Later, Kittle was asked what he would like to happen with Jimmy G.

"Trey's got one of the highest ceilings I've ever seen before," he said. "Some of the things you see him do on a football field you're like, 'Holy cow, I can't wait until he throws me passes.' I want whoever is going to be the better quarterback this season.

"It is a business at the end of the day. We're just monetary values. We're just cogs in the machine. I trust Kyle Shanahan. I think he's going to pick the best quarterback. I don't have a preference. I don't. I like both guys. They both bring different things to the table."


When Marshall sought a NFL quarterback comparison for Lance, Kittle likened him toBuffalo BillsstarJosh Allen. As Bills fans will assure you, that is high praise, indeed.

"I eat one sweet potato fry before I go to bed," said Kittle. "Just one, the nice longest one -- it tastes the best, don't know why. I started doing it, we went on an eight-game winning streak."

Never underestimate the power of the fry. 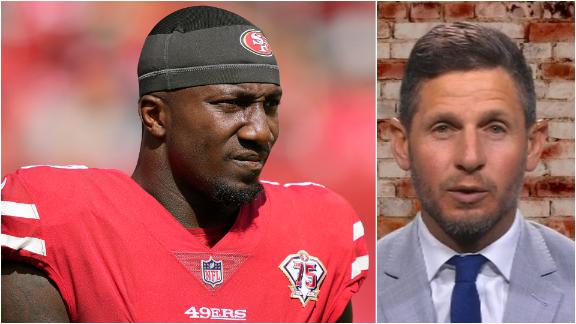