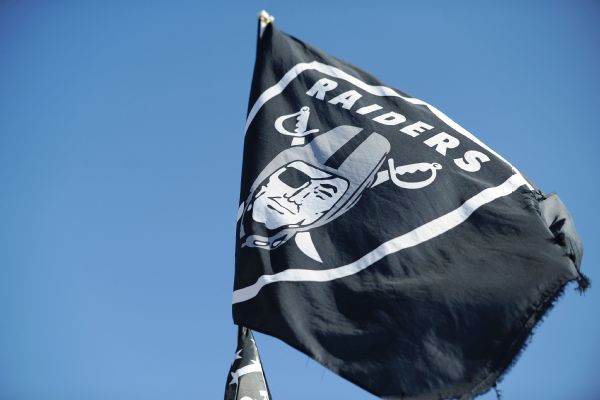 ALAMEDA, Calif. -- George Lopez has been selected by the Oakland Raiders to light the Al Davis torch before the team's game against the New England Patriots on Sunday at Mexico City's Estadio Azteca.

It is a custom that Davis' son and team owner Mark began in his father's memory following his death in 2011 and has included such Raiders royalty as Fred Biletnikoff, Jim Otto, John Madden, Marcus Allen, Bo Jackson, Jim Plunkett and Tom Flores. Community heroes such as first responders, boxing champ Andre Ward and baseball Hall of Famers Rickey Henderson and Joe Morgan have also done the honors. Then there are the random selectees such as family friend Ann-Margret and Delisa Lynch (Marshawn's mother).

Lopez is a lifelong Raiders fan. He remembers exactly where he was when the Immaculate Reception happened, and ended the Oakland Raiders' season at the Pittsburgh Steelers on Dec. 23, 1972.

"In my grandmother's living room, ironing and watching the game," the award-winning comedian, actor, activist and longtime fan told ESPN.

And while Lopez, who was 11 years old when Franco Harris scored on what Raiders fans refer to as the Immaculate Deception, might not remember his first kiss, "I remember the first time I saw Ray Guy punt. He created hang time for punters."

The flame stays lit throughout the game, with the exception of this past Oct. 15, when it remained dark to honor the victims of the North Bay wildfires.

Lopez will follow civil rights icon Tommie Smith, who lit the torch last year in only his second visit back to the Mexican capital since the transcendent 1968 Olympic Games, when Smith and fellow U.S. Olympian John Carlos raised black-gloved fists into the air.

Lopez also brings a sense of cultural awareness to the moment.

"To be asked to do anything by Mark is an honor, but to go to Mexico with all this tension we have here as Mexican-Americans -- the tension is people feeling entitled to the land when this is everybody's land -- this is like a baptism in the mother country," he said. "To go and cross that bridge with the torch is incredible.

"And the Patriots are an example of the other side -- Kraft and Trump and Brady."

Davis said he had long noticed Lopez wore the Raiders "colors" on his shows and having him light the flame in Mexico made sense for this game, in this setting.

"George has the Hispanic market," Davis said. "He's still a hero to kids and families. He's consistently been there as a Raider fan. He's been a great supporter of the Raiders through the years and it just seems a natural with Plunkett and Flores and that part of the Raider history.

"I just thought it would be a good fit."

Especially after hanging with Lopez and Rock & Roll Hall of Famer Carlos Santana at Santana's show Sunday night at the House of Blues in Las Vegas. Santana presented Davis a black guitar with the Raiders logo on it during the show, and Lopez emceed the Las Vegas stadium groundbreaking ceremony the next night, with Santana among the VIP attendees.

But it was as a Raiders fan in his 20s when the Raiders moved to Los Angeles that Lopez, who grew up in the San Fernando Valley, started going to games and felt a certain kismet between the team he said resembled "inmates getting off the bus in 'The Longest Yard' " and the diverse L.A. fan base.

"They clearly connected with NWA and wearing the gear," Lopez said.

There were no New Era or Lids stores in his neighborhood.

"But at the liquor store, behind the cash register?" Lopez said. "I'll take this 12-pack of Budweiser and the Raiders hat back there."

Lopez was not joking, either, when he said he has hung with Lynch at his Beast Mode store in Oakland.

The Raiders' blue-collar identity was forged in Oakland and then took on a louder personality in Los Angeles, where the team moved in 1982. Lopez recalled being at the L.A. Coliseum that year when the Raiders played the Rams, who had left for Anaheim some 30 miles south two years prior, and the fans' anger for the Rams was as palpable as the acceptance was for the Raiders.

Lopez compared the Raiders players they took chances on to laborers who are always close to getting fired, or being called on the carpet by the boss.

"Guys would get kicked off teams and the Raiders would scoop them up and turn them into All-Pros," Lopez said. "It was like a redemption center and the fans felt it. The colors, yeah, but it always felt like they were fighting, fighting something. I don't think you have to be Latino to understand they beat people up.

"Al Davis was always fighting for something. He was a man of his convictions."

He also moved the Raiders back to Oakland in 1995. And by 2020, his son will have the Raiders in Las Vegas.

"Any move is tough, but the Lakers left Minneapolis, the Dodgers left Brooklyn, the Clippers left San Diego, the Rams went to St. Louis for a while," Lopez said.

"Am I happy they're leaving Oakland? No. But I'm a fan and I'll follow them wherever they go."

Plunkett and Flores winning a pair of Super Bowls together with the Raiders, in 1980 and 1983, solidified Lopez's fandom. Count Lopez among the growing legion that cannot believe neither trailblazer is in the Pro Football Hall of Fame.

"It's a disservice," Lopez said.

"That they're both Chicano, all these things mean something big. People say to me, Oh sure, you have things now, how are you oppressed? I still see it, and I can say something. I mean, Bruce Wayne lived in the big mansion and he still went out to fight for the little people at night. I think Batman might have been Chicano."

And maybe, a Raiders fan. He has the right color scheme, after all.

But Gotham is not Mexico City, and while Lopez's grandfather came from Mexico, Lopez is American, a Mexican-American Raiders fan who can roll off the names of George Blanda, Daryle Lamonica, Lyle Alzado and "the beautiful Howie Long" as quickly as he can a culturally sensitive one-liner about the Rams coming home to L.A. after 21 years away "working" in St. Louis.

"I'm not sure if anybody knows who I am in Mexico," Lopez said. "I don't think my family asked me to do anything like this, but a ride to the airport.