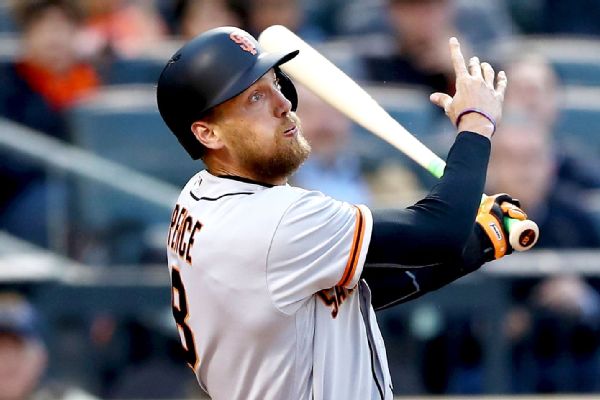 Pence has missed the Giants' past two games with the injury. The 34-year-old veteran is hitting .243 with three home runs and 16 RBIs this season.

The move is retroactive to Saturday, when Pence came off the bench to play two late innings during a 17-inning win against Cincinnati. An MRI exam revealed the strain.

Pence underwent surgery on his torn right hamstring last season and played only 106 games after playing 52 in 2015.

In a corresponding move, the team recalled outfielder Mac Williamson from Triple-A Sacramento.