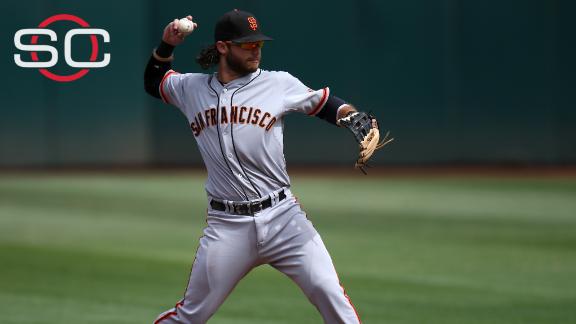 The team announced the deal Tuesday, and scheduled a news conference for Crawford on Wednesday at AT&T Park. Crawford's deal covers his two remaining years of arbitration and four years of free agency -- and also provides some stability for his young family right at home in the Bay Area. Crawford and his wife, Jalynne, have two young daughters and a son on the way.

"We are incredibly blessed to be a part of the BEST organization in baseball for 6 years! (at)SFGiants (at)bcraw35 Thank U!" Jalynne Crawford posted on Twitter shortly after the deal was announced.

Crawford has a full no-trade clause. He is slated to receive a $1.2 million signing bonus due by Dec. 15 and salaries of $5.8 million next season, $8 million in 2017 and $15 million in each of the final four years.

A reliable glove in the middle of the infield and first-time All-Star this past season, Crawford has shown his range at the position as well as growth on defense and at the plate. The 28-year-old Crawford, who grew up in the area rooting for the Giants, batted .256 with 21 homers and 84 RBI.

During their three recent World Series championships, the Giants have seen the benefit of keeping many of their core homegrown players for the long haul.

"Brandon is an exceptionally talented baseball player who has earned this through his hard work, dedication and competitive spirit," general manager Bobby Evans said. "He took great strides both offensively and defensively last season, winning his first-ever Gold Glove and Silver Slugger award. This is a great day for Brandon and his family, for the Giants and for our fans."

He has played at least 143 games in each of his last four seasons after making his major league debut in late May 2011. Crawford was a key member of the Giants' 2012 and '14 World Series-winning clubs. San Francisco captured three championships in a five-year span overall, missing the playoffs in the odd seasons -- 2011, '13 and this year.

"The success of our franchise depends on developing and retaining homegrown talent like Brandon Crawford," Giants CEO Larry Baer said. "Brandon is an integral part of the team whose performance on the field will be one of the keys to our success for years to come. I want to commend Brian Sabean, Bobby Evans, Brandon and his representatives for their hard work to keep Brandon in a Giants uniform for an extended period of time. This is an exciting day for Giants fans everywhere."

Kyle Blanks has agreed to terms on a minor league contract with outfielder and first baseman pending a physical, a deal that would include an invite to big league camp at spring training. 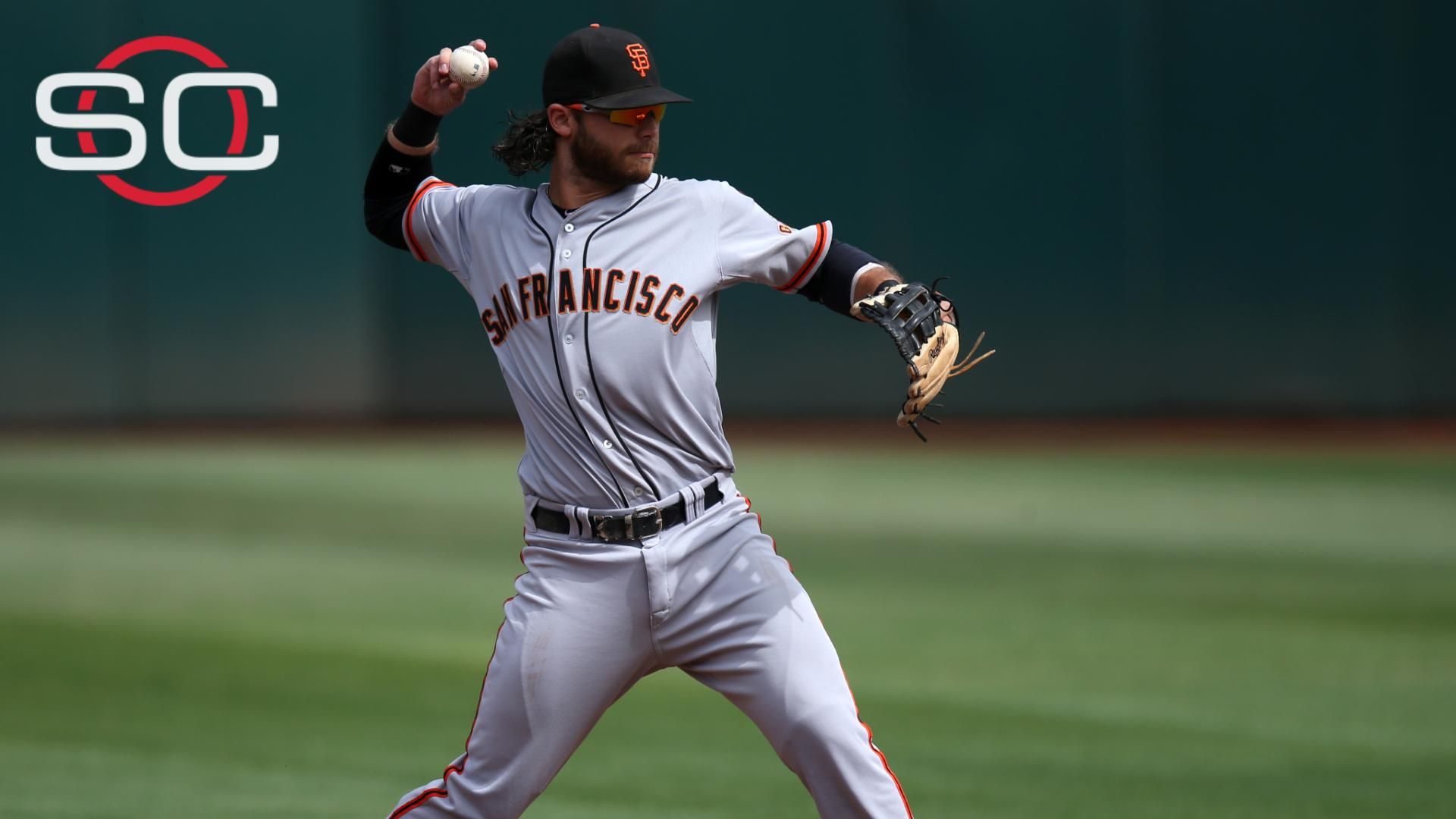