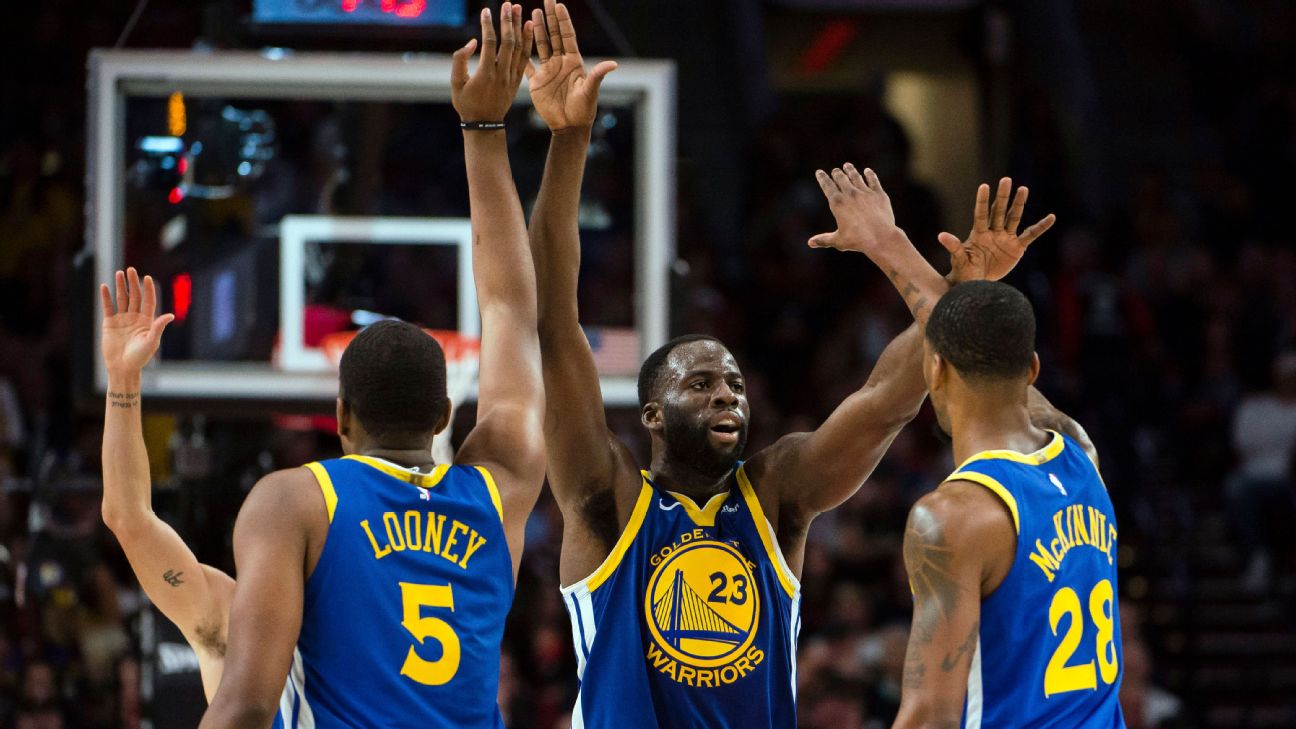 And now, they wait.

The Golden State Warriors have gotten used to going to the NBA Finals, and their win in Portland on Monday night clinched their fifth consecutive trip. It also marks the third year in that span in which they'll enjoy a long layoff before they return to action.

By the time Game 1 of the NBA Finals arrives in either Milwaukee or Toronto on May 30, it'll be a 10-day gap -- nine full off days -- between games for the Warriors. That matches the length of the break that the Warriors had in 2017, and this marks the third time in this five-year run of Finals trips that they've had at least a week off.

"Happy to get a little rest before we have to play again," Warriors coach Steve Kerr said.

It is much-needed rest, too.

The Warriors clinched the series in Portland without Kevin Durant, DeMarcus Cousins and Andre Iguodala -- all sidelined by injuries. There's no way of knowing yet whether Durant and Cousins will be back in time for the Finals, either. Plenty of other Warriors are dealing with bumps and bruises as well.

Accruing rust is always a major concern during these days without games, but the Warriors surely feel the obvious advantage -- rest -- outweighs any drawbacks right now, especially after they were stretched to seven games by Houston last year in the conference finals and had only two days off before the NBA Finals.

"We definitely want to get our guys healthy," Warriors forward Draymond Green said. "We need to get Andre back healthy, DeMarcus and Kevin. We need those guys going into the Finals. That's our hope, that we can get all three of those guys back moving forward."

Down by 17 with less than two minutes to play in the third quarter, the easiest thing for the Warriors would have been to let off the gas and try to clinch the series at Oracle Arena on Wednesday night.

That wouldn't be their style.

"We could have said Game 5 was our game," Warriors star Stephen Curry said. "But we saw how long that break was going to be and we wanted to take advantage of it."

It's a long break, for certain. But it's not a record-setting one.

The longest gap between the conference finals and NBA Finals came in 1982, when the Los Angeles Lakers sat around for 12 days before beginning their series against the Philadelphia 76ers.

"The players are bored and just want to play," then-Lakers coach Pat Riley said on the eve of that series. "It's been so long since we played, I just hope we remember how."

They did remember: The Lakers won Game 1, and ultimately prevailed in six games.

The Warriors' layoff this season marks the 26th time that a team will have at least a week before the end of the conference finals and the start of the NBA Finals -- and if Milwaukee wins the next two games of the Eastern Conference title matchup, the Bucks would be added to the list as well. The earliest that the Bucks could oust Toronto and win the East is Thursday; the Finals start the following Thursday.

Teams with at least a one-week gap before Game 1 of the NBA Finals are 14-11 in the series.

"The NBA Finals have an experience with it -- it's such an emotional roller coaster," Warriors guard Klay Thompson said. "It's nice to get away from the game a little bit before it starts, because emotions run high and it takes a lot out of you."

The long break between games may not be ideal for Golden State, but it beats the alternative -- no days off at all.

In 1960 and 1961, the St. Louis Hawks earned their trip to the NBA Finals with home wins in Game 7 of what was then called the Western Division finals. The Hawks would play the Boston Celtics in both of those title series -- and got zero days rest before the Finals. They'd win Game 7 at home, get on a plane and get to Boston to start the NBA Finals the very next day.

Both times, they got blown out in Game 1.

Both times, they lost the series as well.

"Tiredness was St. Louis' 'out' in this one," Celtics coach Red Auerbach said after the Game 1 win in 1961.

For the Warriors, at least that won't be an issue this year. 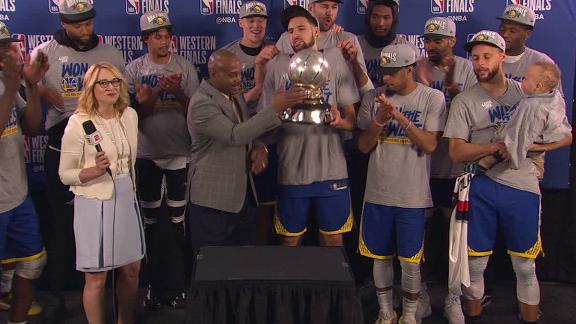