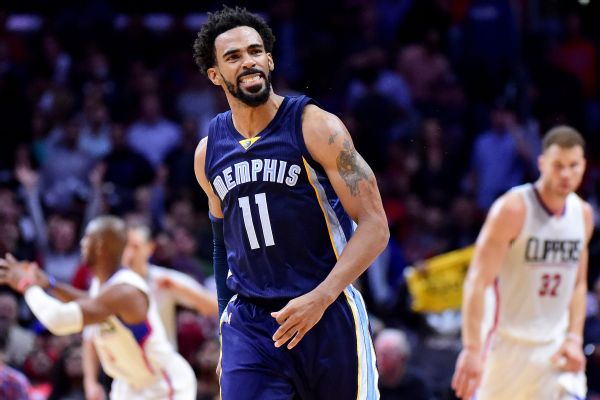 Memphis Grizzlies point guard Mike Conley will miss an extended period due to a transverse process fracture in his lower back, sources confirmed to ESPN.

Conley is likely to miss six to eight weeks, a source told ESPN's Jeff Goodman. Conley will not need surgery.

Conley sustained the injury during the third quarter of Monday's loss to the Charlotte Hornets.

The story was first reported by The Vertical.

Conley was off to the best start of his career fresh off signing a five-year, $153 million maximum contract, the biggest overall deal in NBA history. He is averaging a career-high 19.2 points to go with 5.7 assists per game, leading the injury-riddled Grizzlies to an 11-7 record.