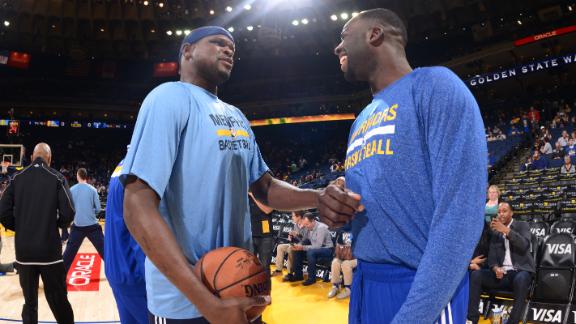 OAKLAND, Calif. -- Memphis starting point guard Mike Conley is being listed as doubtful for Sunday's Game 1 of the Western Conference second-round series against the Golden State Warriors, but the Grizzlies do plan for Conley to play in the series as soon as possible, according to league sources.

Sources told ESPN.com that the Grizzlies have a mask prepared for Conley in the wake of the multiple fractures he suffered after taking a Game 3 elbow from Portland's C.J. McCollum in the first round.

The Grizzlies, sources say, won't completely rule Conley out of Game 1 until a pregame check before Sunday's 3:30 p.m. ET tipoff, but coach Dave Joerger announced Saturday after the team's arrival in Oakland that Conley was "doubtful" for the opener.

Conley underwent facial surgery Monday but couldn't be fitted for the mask until the swelling went down. He attended the Grizzlies' series-clinching home victory Wednesday over the Blazers, but his left eye was visibly swollen.