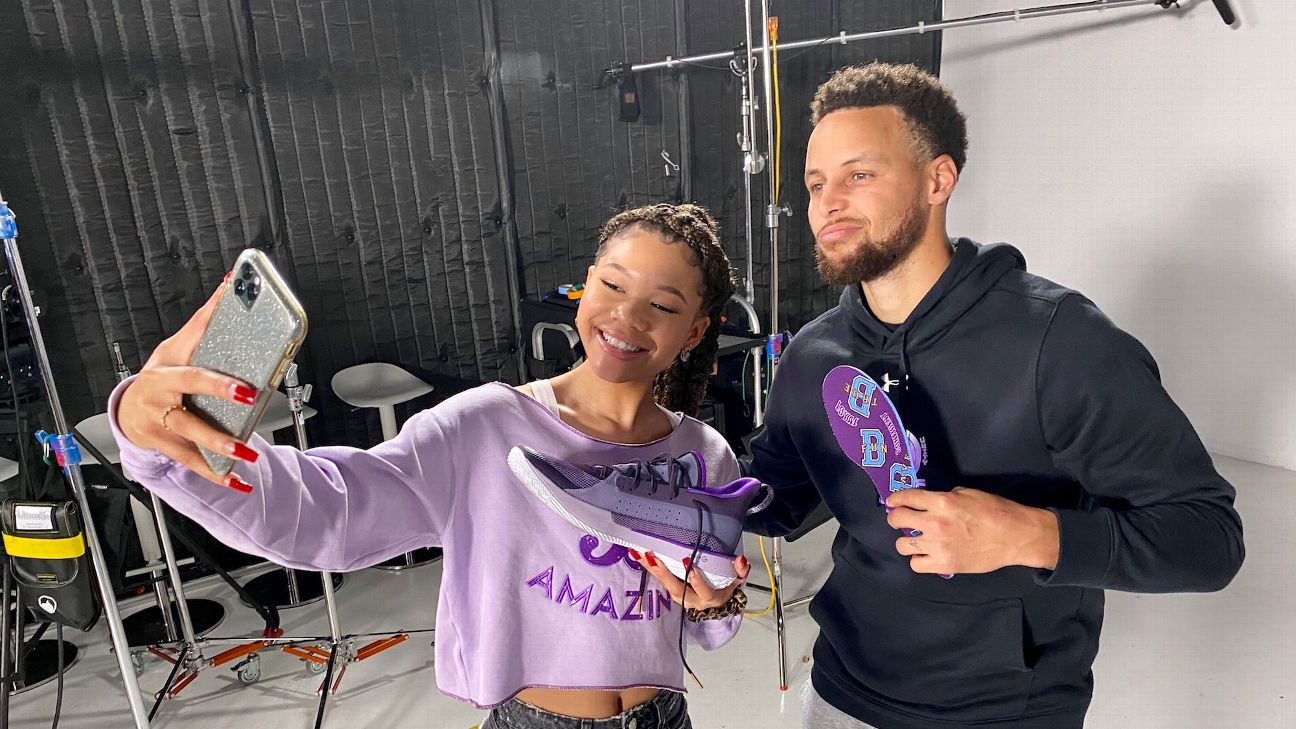 Two years ago, then-9-year-old Riley Morrison had a request for Stephen Curry. She sent the Golden State Warriors' guard a hand-written letter asking why his signature Under Armour shoes were listed on the company's online store only in boys' sizes.

Curry, whose oldest daughter is also named Riley, was touched by the letter and sent a hand-written response, telling Morrison, "We are correcting this now!"

It didn't take long for all of Curry's sneakers to soon be labeled in unisex sizes across both girls and boys categories on the Under Armour website. But Curry wanted to do more.

"Right after Riley wrote the letter, I started to reach out to Under Armour," Curry told ESPN. "One, to see how we could fix the problem that she was having with her experience on the website and trying to find her size in the right section. Two, having the quick idea of saying, 'Let's take this another level and let Riley use her story to impact women using their voice, all across the world in whatever way they can.'"

From there, the International Women's Day special edition of his sneaker was born.

After Morrison co-designed last year's version, Curry partnered with 16-year-old actress Storm Reid on the theme for this year's Curry 7. The shoe features multiple tones of purple, the official color of International Women's Day, which is Sunday.

"It's important to uplift young women and give them a dream, confidence and a vision, showing them what they're capable of," Curry said. "Storm embodies that entirely with how she represents herself."

The star of HBO's "Euphoria" and Disney's "A Wrinkle In Time" boasts a million Instagram followers, and along with her mother Robyn Simpson, has also launched her own #Bamazing campaign to highlight young girls and women achieving amazing feats.

"Bamazing's main purpose is just to nurture people's inner light through positive self-declarations, so we wanted to put positive messages on the sockliner," Reid told ESPN. "When you're putting on the shoe, you can know that you can be brave, you can be funny, and make mistakes. Having that messaging on there just lets you know, that yes, you're putting on a great shoe to go do great things, but you can also be yourself."

On each insole, four words of encouragement can be found above Reid's "B" varsity letter icon -- BAmazing, BBrave, BFun, BTrue -- along with additional inspirational words, including "Humble," "Confident," and "Loyal."

Curry doesn't hesitate when calling out his favorite word for his young daughters.

"Confidence is everything," he said. "For them, it doesn't matter what's thrown at you, or what the world says you can't do, the biggest voice and the one you should listen to the most is your own. I've tried to let them know that every step of the way, even at 7 and 4, and hopefully that resonates."

During an upcoming Warriors game, Curry and Reid will be honoring four local high school students who will each receive this year's "International Women's Day Scholarship" from the Curry family's Eat.Learn.Play Foundation and Under Armour, a $30,000 scholarship toward their college education.

"It's an amazing opportunity, understanding the platform that I have, the story and the commitment to change that Storm has -- creating change for four young women who are deserving of a scholarship to attend college," Curry said. "Being from Oakland, it's all about opportunity."

In addition to the four scholarships, Curry is also providing a unique opportunity in tandem with his latest sneaker for three female film directors through his Unanimous Media arm. On Wednesday evening in a Bay Area studio, Curry and Reid met with a trio of aspiring directors, who each pitched concepts for a 30-second short video, centered on inspiring young female athletes through basketball.

In the coming weeks, Curry's media company will help provide resources for each director to film their shorts, with the ultimate goal of releasing each video to continue to inspire young girls through sports.

"I think it's super cool that he empowers and supports young women like myself," Reid said. "If I can be any sort of inspiration for his young daughters, it's something I strive to do."

Lacing up the purple-laden colorway will provide a highlight moment for Curry as well.

"I've been looking forward to this specific color for a while, just knowing how inspiring, talented and powerful Storm is at 16 years old," he said. "I haven't had that opportunity all year, so there's another level of excitement thinking about these last 20 games of the season and what March means in terms of International Women's Day."

For Reid, who jokes that it's still a funny experience seeing herself on screen, seeing her #Bamazing platform come to life atop her favorite player's signature sneaker has been a unique experience.

"I've been holding this secret since like August of last year!" she said, with a beaming smile. "I think people will be inspired by it. Of course, they love him, and they love his shoes. To have another shoe drop is cool, but to have it be more impactful is super exciting."

Curry's International Women's Day colorway has become one of the most important shoe releases for him, and he already has begun mapping out how the shoe and the programs around it will come to life for "the next three, five and 10 years."

"Anybody that has a platform understands that it's not about just what you can do and what you can provide, but it's about how you empower others," Curry said. "Through Riley, through Storm, and through the scholarship women that we have, it's pretty amazing. The outcome of Riley stepping up to the plate and saying, 'I want to find my shoes in the girl's section,' is crazy." 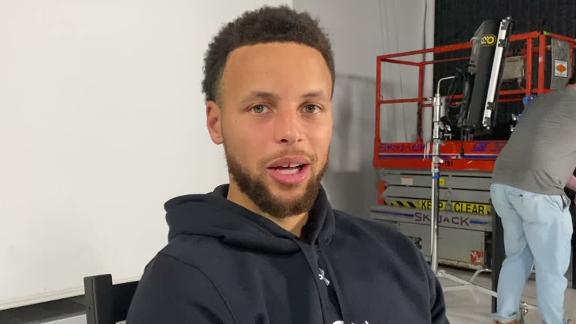