Hunter Pence's return part of series of moves for Giants 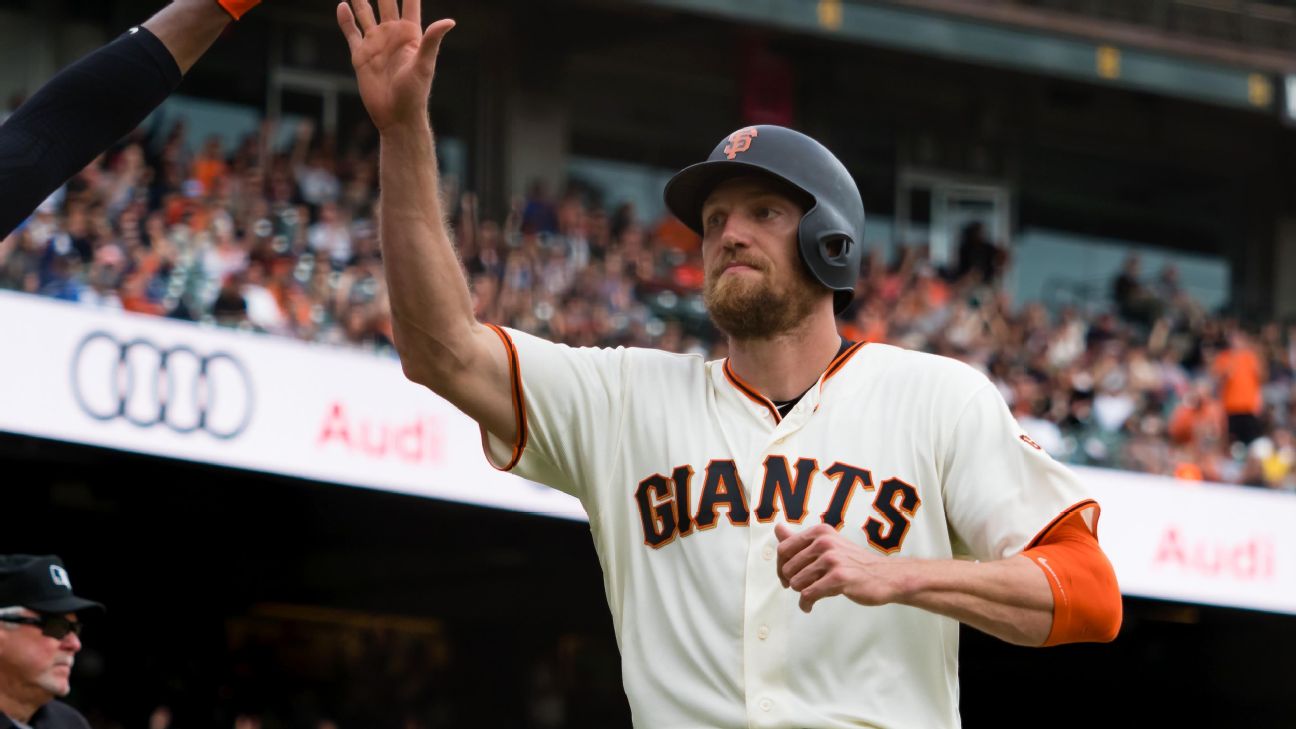 "I have GIANT news... I'm back!" he posted on Twitter along with a photo of him walking across the street to the ballpark.

A fan favorite while playing parts of seven seasons for theGiants, Pence is returning on a $3 million, one-year contract that will give the young club a veteran presence in both the outfield and clubhouse in a season of big change ahead.

The Giants announced Friday night they had signed Pence, who can also earn up to an additional $2.5 million in various roster and performance bonuses.

On its Twitter handle, San Francisco posted: "Reunited and it feels so good ... Welcome Back, (at)hunterpence."

To which Pence responded, "Feels SO good!"

Pence will provide some stability as the Giants move into 2020 with new manager Gabe Kapler and a coaching staff that is entirely new aside from longtime coach Ron Wotus working at third base.

"We're excited to welcome Hunter back to the organization," Zaidi said in a statement announcing the signing. "He provides our club with a great veteran presence and his leadership will be a big asset for our younger players. Hunter's addition creates depth on our roster and will provide Gabe with a valuable option against left-handed pitching."

The 36-year-old Pence was part of the Giants' 2012 and '14 World Series champion teams. After a more limited role in 2018 with San Francisco as he worked to retool his hitting mechanics and rediscover his swing, he spent 2019 with the Texas Rangers and resurrected himself. He batted .297 with 18 homers, 17 doubles and 59 RBIs over 83 games.

The Giants also were working to finalize a deal with versatile infielder Wilmer Flores, which Zaidi said had not been completed as of Thursday.