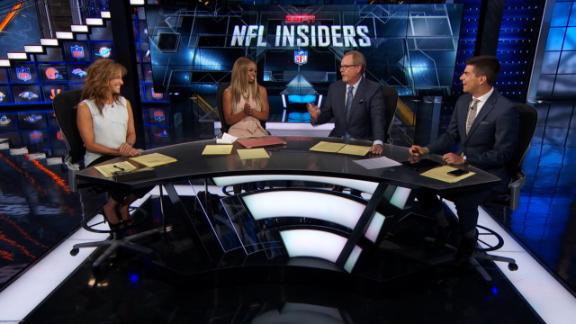 FLORHAM PARK, N.J. -- Less than one week into training camp, the New York Jets have made a significant cut at the quarterback position.

The starting quarterback, who created a stir by reporting to camp with overgrown locks and his trademark scruffy beard, showed up for practice on Wednesday with a buzz cut.

The beard, though, remains intact.

"Hopefully, we'll cut it soon," Fitzpatrick told ESPN's NFL Live. "If anything, it's kind of given people something else to talk about other than the contract."

Fitzpatrick's months-long contract dispute ended on the eve of camp, when he signed a one-year deal for $12 million.

He said some teammates laughed at his hair when he walked into the first team meeting, and he unveiled his new 'do just one day after a sloppy practice. Coincidence?