"I would say that I'm eager to earn their trust," Lynch said. "I think the feelings that some might have there are natural."

Lynch went on to explain how his path to the NFL and then to the doorstep of the Pro Football Hall of Fame (he's a finalist) weren't exactly conventional, so he is accustomed to taking a different route to football success.

"There's a lot of things in my life that haven't been conventional, and I appreciate that [49ers CEO] Jed [York] was willing to think outside the box. ... I would say I understand that [skepticism], and I'm fully aware that myself, the team I put around me, we're going to have to earn the respect. The only way you do that is through your actions. For us, that's showing it on the field. We've got a big task in front of us, but I can't tell you how excited I am to attack it."

Lynch spoke to Bay Area media for about 25 minutes Monday afternoon via conference call from Houston, where he has business this week as a broadcaster for Fox Sports and as a potential Pro Football Hall of Famer.

The Niners officially hired Lynch on Sunday evening in what came as a major surprise to the NFL world. The 49ers spoke to nine candidates for the job, publicly confirming each interview along the way. But while there was always the belief that York could expand the search beyond those nine executives, Lynch's name didn't surface until the moment he was hired.

According to Lynch, the process came together in the span of about two weeks after he broadcast an NFC divisional playoff game between the Atlanta Falcons and Seattle Seahawks.

Following that game, Lynch said he spoke to Falcons offensive coordinator Kyle Shanahan, the presumptive next coach of the 49ers. As the pair talked, Lynch mentioned that he had interest in jumping into management and that he had nearly done so with the Denver Broncos a few years ago.

Lynch also said he had spoken to others about making the move, but after the conversation, Shanahan presented the option to York.

"That's kind of been out there," Lynch said. "I always said -- I even said to my bosses at FOX -- if the right situation arose, that it would be something that I would have to consider. Kyle and I were in a conversation; he seemed to get excited. At that point, he turned it over to Jed and [49ers VP of football operations] Paraag [Marathe], and the rest moved fairly quickly."

It also moved quietly, a stipulation Lynch said he requested at the beginning of the process, because he didn't want to have any undue pressure on him, his employers or his family.

"I'm incredibly appreciative and fortunate in this world that things stayed quiet; because what that did, it allowed me to truly assess the situation, to ask the tough questions, to just kind of get with the people that I'm going to be working with and any elephant in the room, just get rid of it," Lynch said. "I didn't need the job, so that gave me a great position to be able to just kind of be very forward, and I asked those questions.

"I wanted to be able to best evaluate this situation as it developed, and I thought it would be much easier if I didn't have the world breathing down my throat."

Lynch now must begin the process of building a staff that can help him adjust to his new role. He complimented 49ers assistant general manager Tom Gamble and said he's looking forward to sitting down to "soak up" Gamble's experience in the scouting world.

Beyond that, Lynch said he will soon start the process of "aggressively pursuing" people he has relationships with who he believes are some of the best in the business to fill out the staff.

"Outside, I don't want to get into specifics, but I can just tell you that we're going to be really aggressive and the response I can tell you has been really magnificent with people that really want to be here," Lynch said.

Lynch declined to say how the Niners would divide power between himself and Shanahan. But a source told ESPN's Jim Trotter that Lynch will have final say on the draft and the 90-man roster, while Shanahan, assuming his hire as coach, would have control of the 53-man roster.

Lynch, who will report directly to York, emphasized the importance of coming to a consensus on major football decisions.

Beyond that, Lynch also pointed to previous stops in his playing career, specifically in Denver, where he has spent some offseasons sitting in draft meetings with general manager John Elway and his staff, as basis for his understanding of the job.

Lynch called Elway one of his closest friends and made it clear he intends to lean on Elway for help when needed.

"One thing I told Jed over and over is that I know what I don't know and I'm not going to profess, I can't tell you that I've had 20 years in front offices working my way up, but what I do know, I know football. I put my football acumen up with most in this league. I know people, and I know how to lead."

Information from ESPN's Dan Graziano was used in this report. 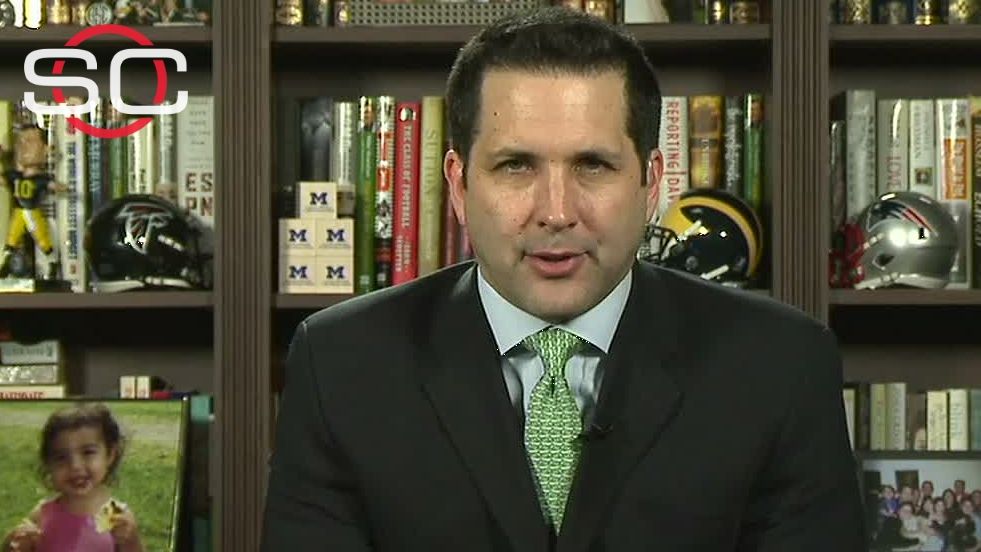 How did Lynch and 49ers find each other?
Adam Schefter reveals how the 49ers became interested in John Lynch to become the team's GM and says San Francisco plans on offering Kyle Shanahan a six-year deal to be head coach after the Super Bowl. 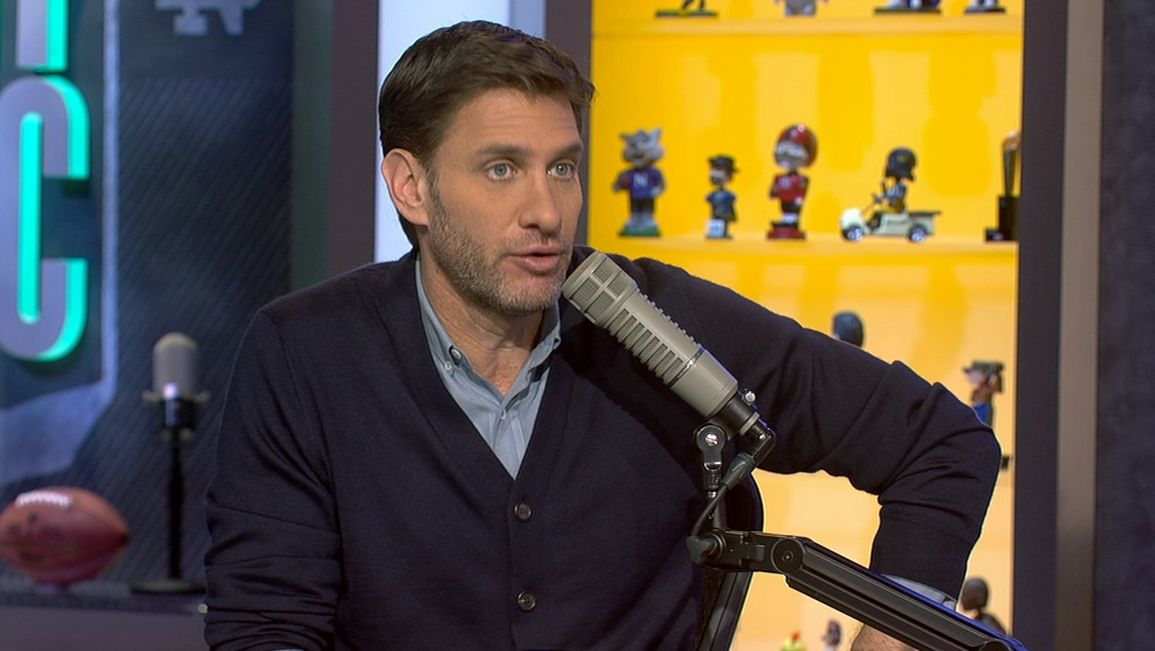 Is Lynch an 'outside the box' hire for 49ers?
Mike Greenberg breaks down why the 49ers' decision to hire John Lynch as their GM might not be as odd as people might believe. 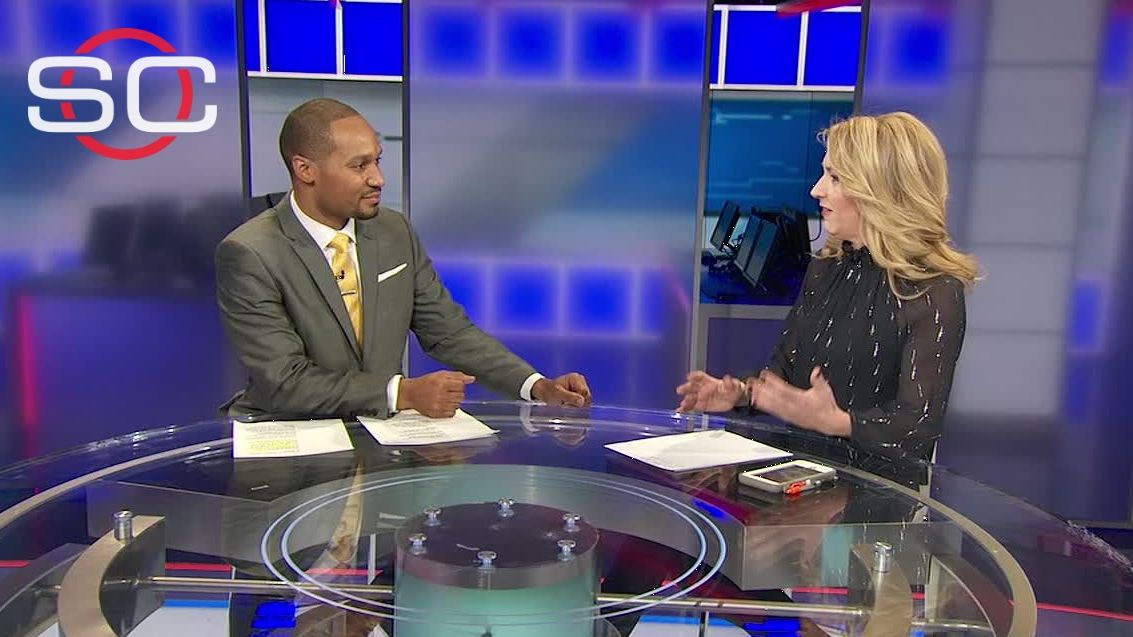